Last week, the U.S. stock market reacted positively to a report on job wages, which showed slower growth than before the Federal Reserve’s efforts to control inflation. Consequently, Treasury yields declined, with the 10-year bond dropping to a three-week low of 3.6%, while the two-year bond hit 4.3%. The yield curve was heavily inverted. In addition, the price of WTI crude oil dropped 7%, settling at $73 per barrel due to the increasing COVID-19 cases in China and concerns about global demand. Today, however, it managed to rebound to $76. What should you trade this week? Check out the following TOP 3 Assets to Trade Jan. 9-13, 2022.

Last week, the U.S. stock market had a good performance, with the Dow and S&P 500 rising 1.5% and the Nasdaq gaining 1%. It was due to a report on job wages in the U.S.. The report showed that wages were growing slower than before. This indicates that the Federal Reserve is successful in managing inflation.

U.S. Treasury yields (investment returns on government bonds) fell significantly. The yield on the 10-year bond fell almost 0.3% and traded below 3.6% on Friday. The yield curve (a graph showing the relationship between bond yields and maturity) is deeply inverted, with the yield on the two-year bond just under 4.3%.

The price of crude oil dropped by more than 7% as worries about its global demand grew in light of the rising COVID-19 cases in China. West Texas Intermediate (WTI) crude, a U.S. benchmark, fell to a three-week low of $73 per barrel.

For the fourth quarter of last year, the earnings of S&P 500 companies are expected to decrease by 4. It drops due to concerns about a potential recession in the U.S. as interest rates increase. If this prediction is accurate, it would be the first annual drop in earnings since the third quarter of 2020, when earnings decreased by 5.7% compared to the previous year.

JP Morgan to Report Earnings Friday: What to Expect?

JPMorgan is set to report its earnings on Friday before the stock market opens. The bank has previously stated that it expects its fourth-quarter trading revenue to increase by about 10% compared to the previous year due to solid performance in its macro business. Analysts are anticipating a slightly higher increase of 11%. The bank’s expenses and net interest income are also expected to be better than anticipated. 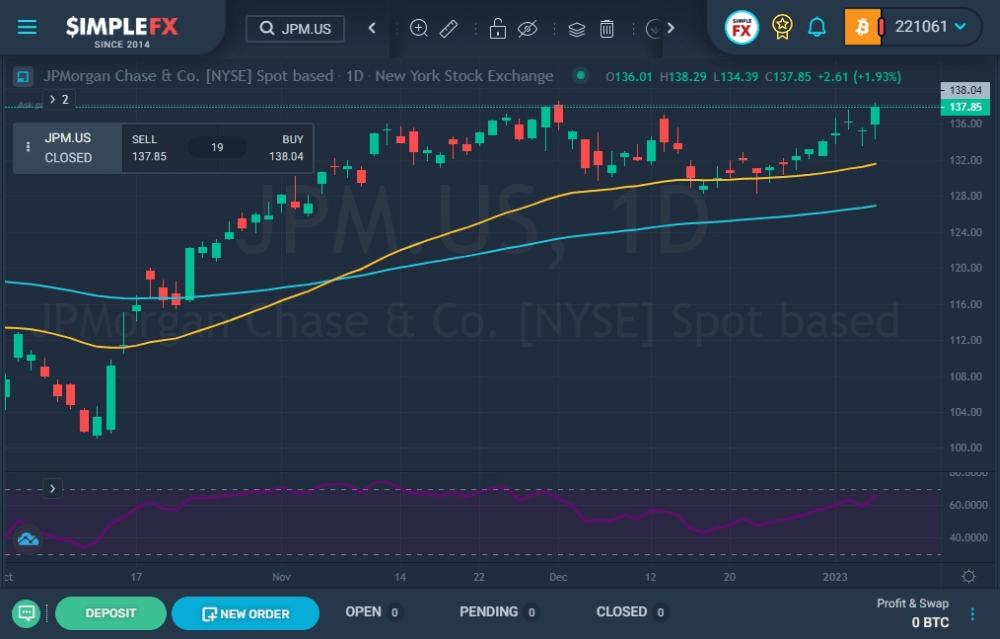 Investors will also be looking for information about the bank’s buyback plans, as CEO Jamie Dimon has said he hopes to resume payouts early this year. Analysts predict that the bank will set aside the most provisions to cover bad loans in a quarter since the beginning of the COVID-19 pandemic, which could impact the bank’s bottom line and potentially lead to layoffs and reduced bonuses for bankers.

Similar trends are expected at other central banks, including Citigroup and Bank of America. They are also set to report their earnings before the market opens.

Nvidia‘s Revenue Takes a Hit due to Cryptocurrency Decline

Nvidia, a company that produces graphics processing units (GPUs), experienced a significant negative impact in 2022 due to the decline of cryptocurrencies. GPUs are used in the crypto-mining industry. When the value of cryptocurrencies decreased, many miners stopped using their systems and purchased new GPUs. This caused a decrease in demand for Nvidia’s gaming GPUs, used explicitly for mining cryptocurrencies and also led to a surplus of used GPUs on the market. 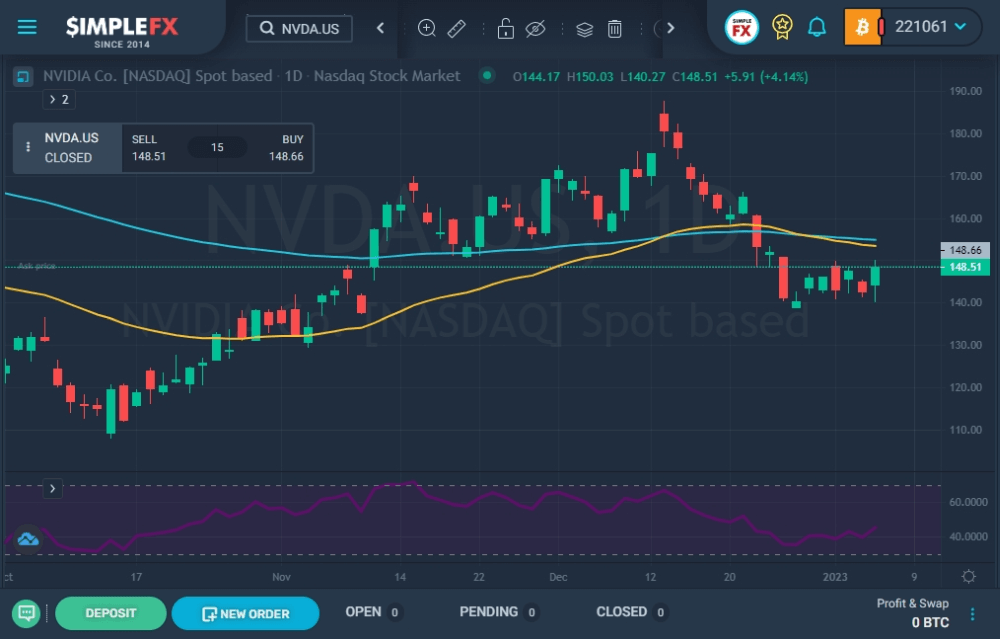 As a result, Nvidia’s gaming division revenue fell 51% to $1.57 billion in the third quarter of 2023 (ending October 30). The effects of this event may continue into 2023 as the company works through its inventory and the used market for GPUs declines. This is not the first time Nvidia has been affected by the cryptocurrency market. The similar event occurred in 2018.

Bitcoin Reaches Three–Week High as US Businesses Slow Down

Bitcoin has been increasing in value recently. It rose above $17,000 on Sunday, reaching a three-week high, and briefly topped $17,000 on Friday. This increase was partly due to data suggesting that businesses in the U.S. are slowing down, which some traders believe could mean that the Federal Reserve (the U.S. central bank) might be able to ease up on efforts to tighten financial conditions. 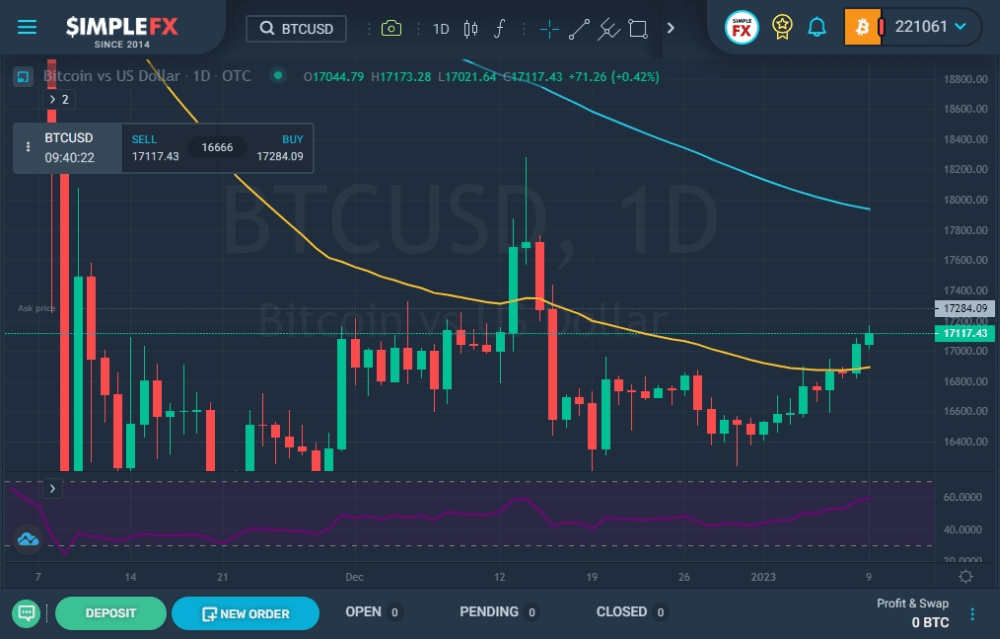 There are still some bearish (pessimistic) predictions for bitcoin’s p. Still. Some analysts think that if it successfully pushes past the $17,100 mark, it could rise to around $17,800. Bitcoin traders will be watching a report on U.S. inflation this week, which could also affect the Federal Reserve’s decisions.

Gain Control of Your Financial Future with the SimpleFX Trading App

SimpleFX trading app offers traders a vast range of assets, including hundreds of options in currencies, commodities, and more. Whether you are an experienced trader or starting, SimpleFX has something to offer everyone. The app’s user-friendly interface and advanced features make it easy to track and manage your trades on the go. So why wait? Start trading with SimpleFX today and take control of your financial future.