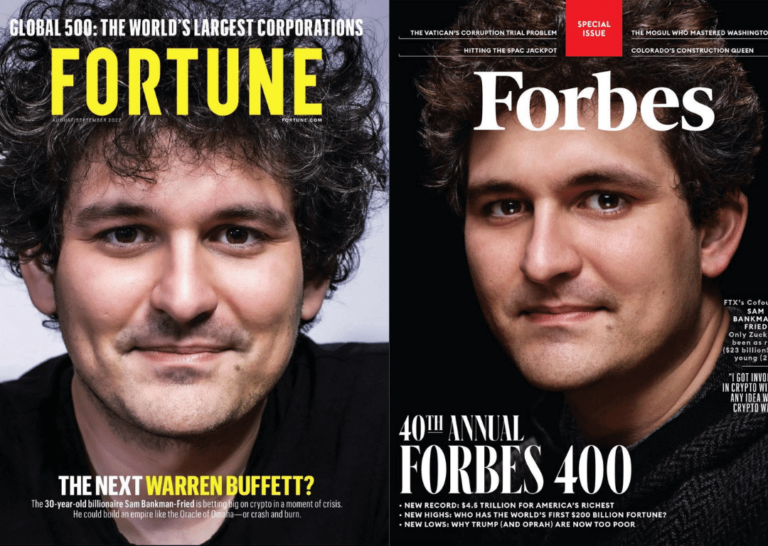 FTX insolvency is a fact as the company has filed for chapter 11 bankruptcy protection. At least 1,000,000 creditors are waiting to withdraw their money from the collapsed company. Now, FTX has dramatically upped that estimate. Let’s see how the story began.

Recently, we wrote about how the war between the FTX and Binance exchanges began. Now it’s time to analyze what happened and how it will affect the entire crypto industry.

One man has f*** the whole industry – you could read this in many Twitter memes. Sam Bankman-Fried, the CEO of what used to be the third largest cryptocurrency exchange in the world, and the sponsor of Miami Heat’s FTX arena, proved to be investing clients’ funds. He was investing so badly that billions of dollars simply disappeared. When the news about FTX’s insolvency broke out, the cryptocurrency market collapsed, and every holder suffered. The FTX bankruptcy made its native token, FTT, fall 94%, and Bitcoin lost 22% last week.

FTX Insolvency – How did it happen?

Cryptocurrencies were supposed to be a better version of the old corrupted fiat money and banking system. Sam Bankman-Fired and his team ran a multibillion company without board supervision from their student’s condo in the Bahamas. Clients withdrew $6 billion in three days.

When the news broke out that the company may have collapsed, clients wanted to withdraw their money, but it turned out that there was no left for everybody. FTX tried to be acquired by the world’s leading cryptocurrency exchange Binance. Sam Bankman-Fired announced a deal with Changpeng Zhao, but CZ announced that he must withdraw from the agreement after checking FTX books.

How much money has disappeared from the exchange?

The FTX collapse sucked an enormous amount of money. Somewhere around $10 billion to $50 billion. FTX was connected with over 130 affiliated companies. One of the most important was Alameda Research – a crypto investment hedge fund, which was one of the main reasons for the FTX bankruptcy.

A daylight robbery or a hack?

Besides trading cryptocurrency, Alameda secretly pumped the FTX Token (FTT) to maximize its value. Their policy was utterly irresponsible, and they didn’t know about risk management. They tried to rescue their investment with customers’ money. If that comes out to be accurate, let’s hope the people behind it will pay their price.

Another essential aspect of what happened to FTX is that Bankman-Fried was not only a rising tech star, a billionaire with a net worth estimated at $23 billion. He was also a significant donor to the Democratic Party, which makes the scandal even more controversial.

There needs to be an investigation into the matter. We need to know if FTX’s bankruptcy happened because it was hacked or were the funds merely stolen. The new CEO of FTX, John Ray III, is now responsible for fixing the situation. He estimated that $477 million needs to be added to the exchange.

What did we learn from the FTX collapse?

The cryptocurrency industry was founded on skepticism and distrust of government and financial institutions like banks. Bitcoin is decentralized, open-source, and transparent. It’s protected by cryptography and owned by the people and community.

Once you start holding your savings and investments in the centralized cryptocurrency exchanges, you switch your bank (which, with all the disadvantages, is a regulated institution) to an unregulated company, which can disappear any day, just like in the case of the FTX insolvency.

Not your keys, not your coins

You need to store your cryptocurrencies in a secure offline crypto wallet. Move them to exchange only if you want to make transactions. After doing so, move back to your cold wallet to ensure that nobody hacks it.

The FTX collapse also underlines that decentralized exchanges such as Uniswap may be a better alternative to centralized “crypto casinos” such as FTX. We learned from the FTX bankruptcy that crypto needs to return to its roots. Let’s make cryptocurrency fully decentralized again. Otherwise, it will be the same as the old financial and banking system. The FTX insolvency may make the crypto industry more robust and better.