A Balanced Outlook for EURUSD

The euro has been losing ground against the dollar since the beginning of 2021. EURUSD dropped from $1.23 below the parity to $0.988. The European currency also has lost some of its fundamentals. SWIFT data, over the last month, the use of the euro as global payment dropped to 34.5%, a more than two-year low. 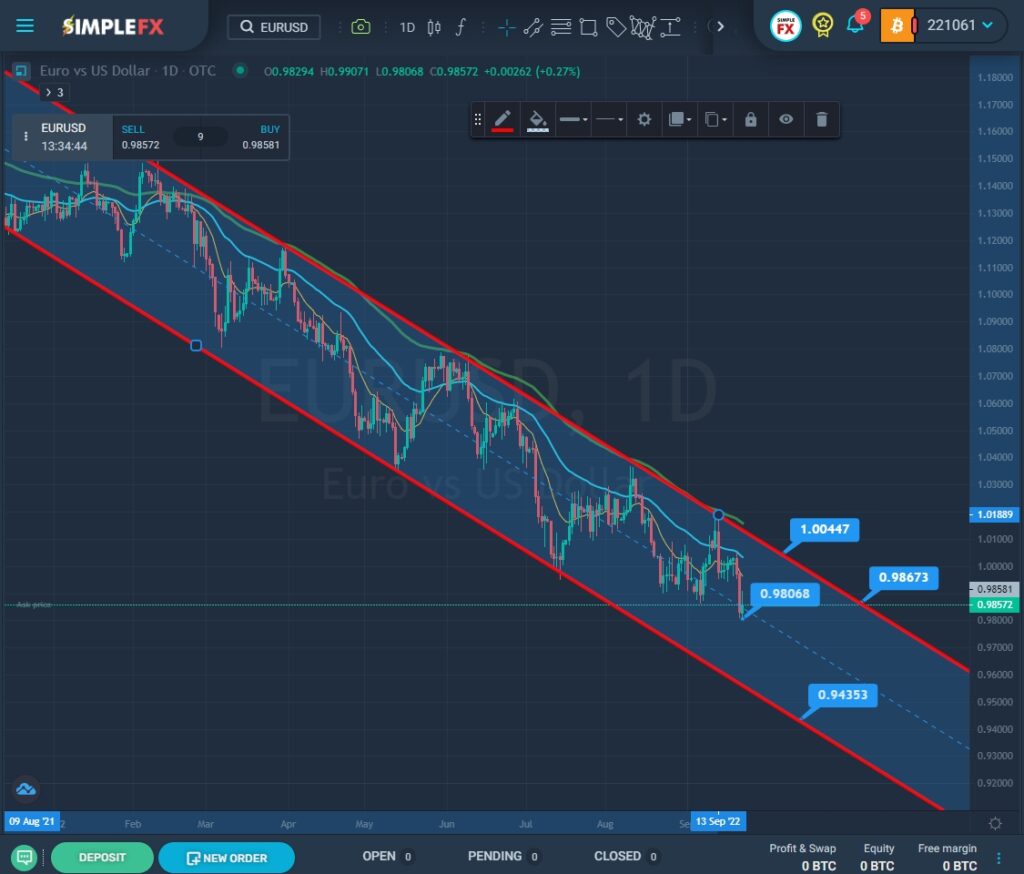 Let’s take it for a bearish sign and look at the downtrend channel. Today’s bottom at 0.98068 was the lowest point of EURUSD in 20 years. It has rebounded since then, but it will be hard to find strong historical support for the euro.

The hawkish Federal Reserve policy, and the recent hike of interest rates by 75 basis points also help strengthen the dollar. We have to remember, though, that when the panic in the global markets eases, we should expect the USD to weaken and all other currencies, with the euro leading the pack to regain some of its power.

Until this happens, there are few technical signs of a change in the trend. If you expect EURUSD to continue to go down, $1.005 and $0.9867 would be a reasonable retracement levels, and if the chart stays in the long-term channel, $0.9435 could be the next support.

Some bullish signs for the euro have already come. After the Swiss National Bank raised the rates by 75 basis points instead of an expected total of 100, EURCHF skyrocketed 2.43% in just a few hours. EURUSD is the biggest forex pair, and the trend may change sooner than expected. Make sure you trade accordingly to your strategy.

Natural Gas Continues to Fall Despite the Leaks in Nord Stream 1 and 2?

Nike May Go Wild Ahead of Earnings, Assets to Trade This Week