Russian Mobilization Shakes the Markets Ahead of Fed Meeting Vladimir Putin ordered a partial mobilization of 300,000 Russians with military experience. The troops are going to be sent to Ukraine. In a speech, which was supposed to be delivered yesterday but was delayed by several hours, the president of the Russian Federation accused western countries of “nuclear blackmail.” Kremlin has changed the rhetoric to war in defense of Russia against western aggression, which is read as an escalation of the conflict.

Although such a move by Moscow was expected by analysts, especially after the success of the Ukrainian counter-offensive in the Kharkiv region, the markets reacted strongly.

Bonds, the US dollar, and gold went up as stocks, and European currencies fell sharply. Bitcoin and major altcoins drifted sideways, and it seems the cryptocurrency market is awaiting the interest decision by the Fed that will come around 18:00 UTC today. The 0.75 or even one basis point hike is expected to respond to high inflation data.

Apart from the Fed, the Bank of Japan and the Bank of England will announce their interest rates on Thursday. It’s going to be a scorching week for the financial markets. Make sure you are there with your account funded and ready to trade. 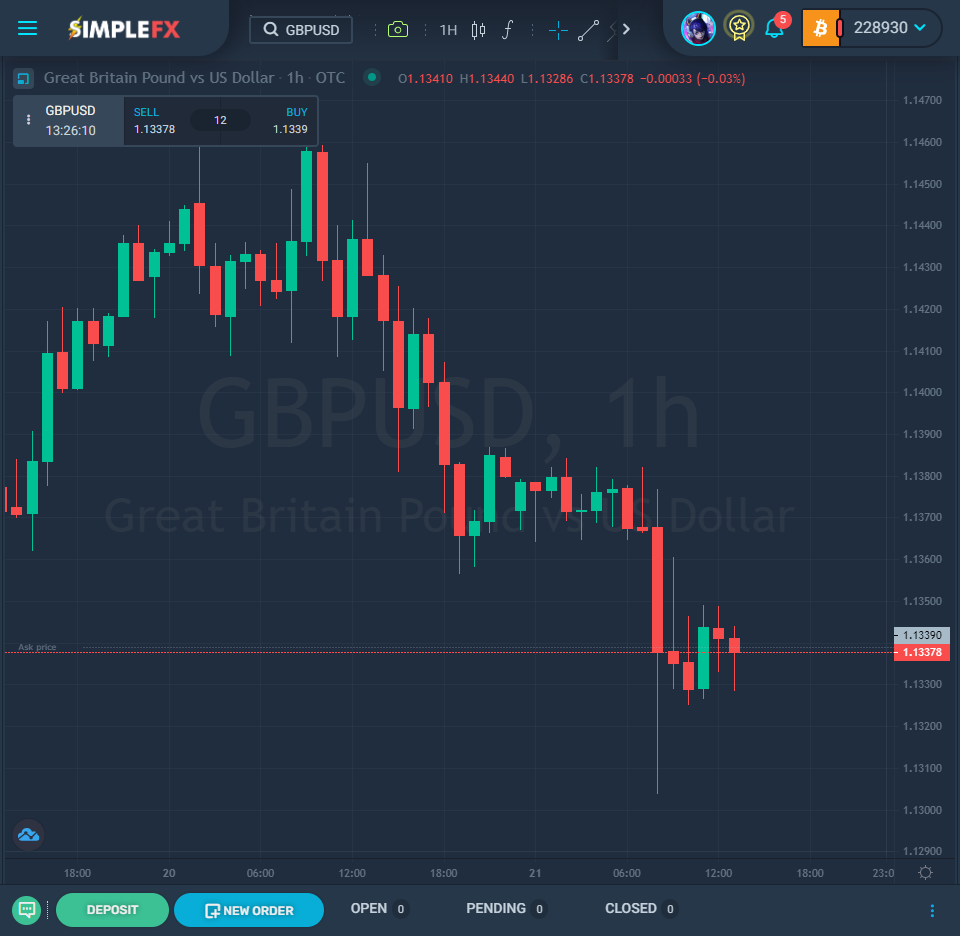 Pound sterling hit a new 37-year low, falling to $1.1304. The UK economy is probably heading towards a recession, and GBP has had the worst month since Brexit. We may see new bottoms for GBPUSD in the upcoming days. Watch out for the Bank of England interest rate decision at 11:00 UTC on Thursday, September 22.

We expect much larger price action in response to another massive rate hike in the US. The volatility across the markets is at multi-week highs.

Brent crude oil soared by 2.40% to $93.96 a barrel during Putin’s speech, but since then has dropped to $93. Natural gas has gone up 4.27% and is still trending up. The prolonged conflict is going to hurt the global energy supply.

The European Union, which formerly relied on Russia for about 40% of its gas requirements, has been working to establish alternate sources.

President Vladimir Putin signed a decree on mobilizing 300,000 men with earlier military experience. The process starts on Wednesday. The move admits a defeat in the war as the Ukrainian offensive liberated much of the occupied territories. However, some investors expected the war to end sooner or later.

Kremlin has changed the narrative and now puts pressure on the defensive war against the Western countries that are aiming at destroying Russia.

“If the territorial integrity of our country is threatened, we will use all available means to protect our people – this is not a bluff,” said Putin in his speech.

The European Commission spokesman Peter Stano called it a “very dangerous nuclear gamble” and called Putin to “stop such reckless behavior.” He also repeated the statement by several European leaders, including the president of France, Emmanuel Macron, that the EU will not accept the “sham, illegal referenda” that Moscow plans to run in Luhansk, Donetsk, Kherson, and Zaporizhzhia regions over this weekend.

The geopolitical situation is exceptionally dynamic, and traders who want to respond to the news must keep an eye on the most important events.