ETHUSD suggests developing a global trend that moves within the big green channel. By the end of August, the market fell to the lower green line, then the price gradually began to rise up. We also see a second descending yellow channel, within which a bearish trend is moving, which began after the last rebound from the upper green line. 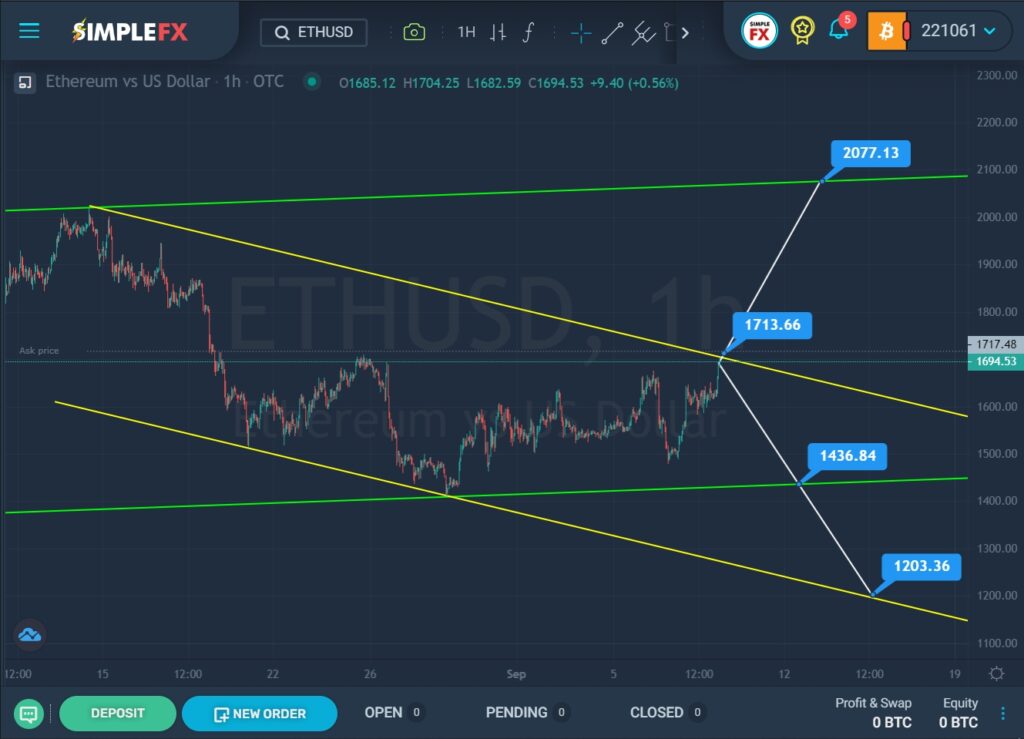 In the second option, market participants may see a continuation of the bearish trend. First, the cryptocurrency is expected to fall to the lower green line near the support level of 1436.84. In this case, if the specified level is broken, the pair will begin to depreciate. The following critical support level of 1203.36, where the market may fall, is on the lower line of the yellow channel.