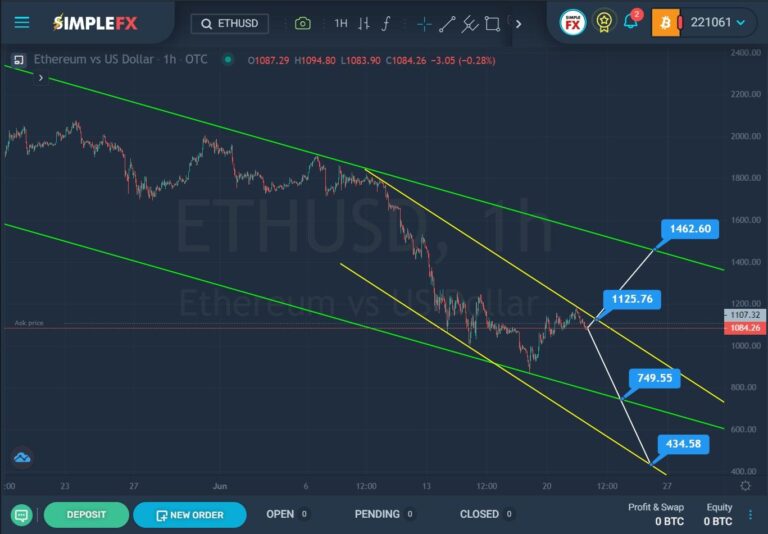 For the ETHUSD cryptocurrency, we see the development of a global trend that is moving in a downward direction within the big green channel. Over the past month, the exchange rate for the ETHUSD pair has dropped significantly. 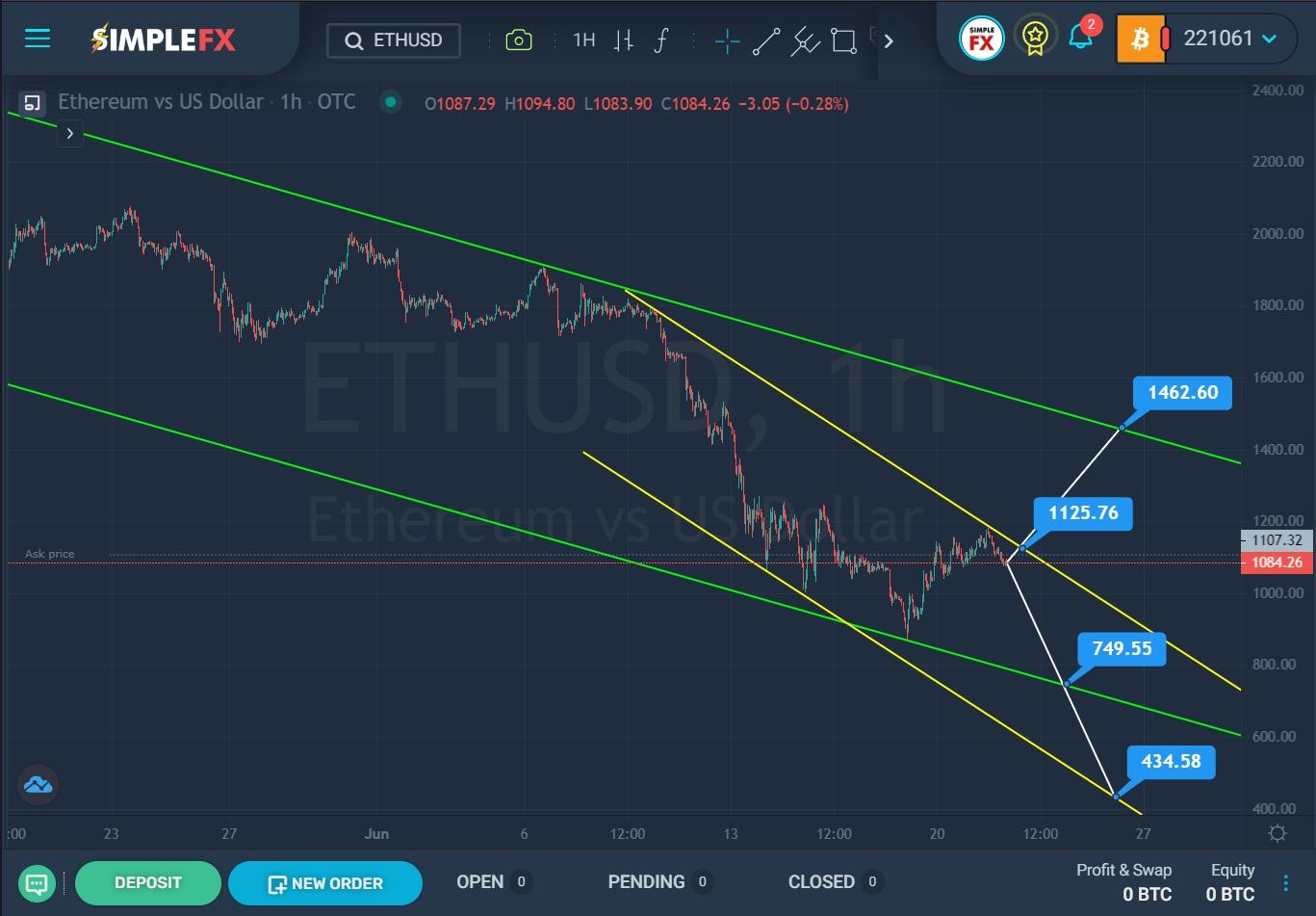 Until the first half of June, the price moved to the upper green line, but then pushed off from it and continued its downward movement. The price touched the lower green support line not so long ago, after which the bulls entered the market again. This section of the chart describes a smaller yellow channel.

Not so long ago, the bulls tried to break through the yellow resistance line, but they did not have enough strength.

In the second option, market participants may expect a breakdown of the lower green line near the support level of 749.55. In this case, the pair will continue to depreciate. The next important support level is 434.58, where the market may fall, located on the yellow channel’s lower line.

Crypto, Stocks, or Forex. What’s Better To Invest In?