GBPJPY Up, But Bearish Head and Shoulders Possible

For the GBPJPY currency, it is assumed that a downward trend is forming, which moves inside the green channel. The current chart shows the market movement since mid-April of this year. 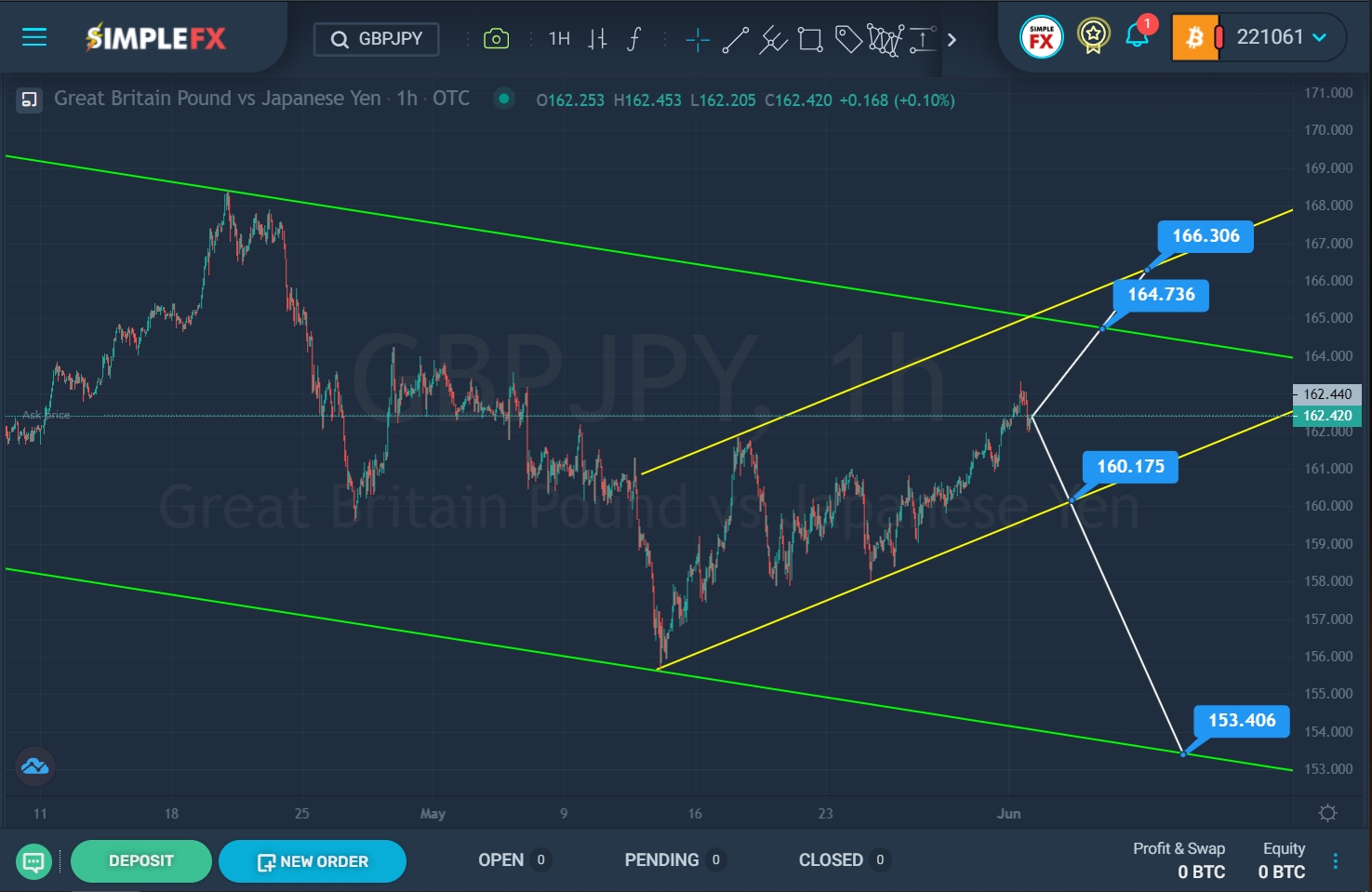 Alternatively, it is assumed that the bears may make another attempt to break through the lower yellow line. We see that two attempts have already been made to break through the yellow support line. With a successful breakdown of the support level of 160.17, market participants can expect the development of a bearish trend in the direction of the lower green line and the support level of 153.40.

An approximate scheme of possible future price movement is shown by trend lines.