The formation of the GBPUSD currency shows the downward movement of the market within a large green channel. 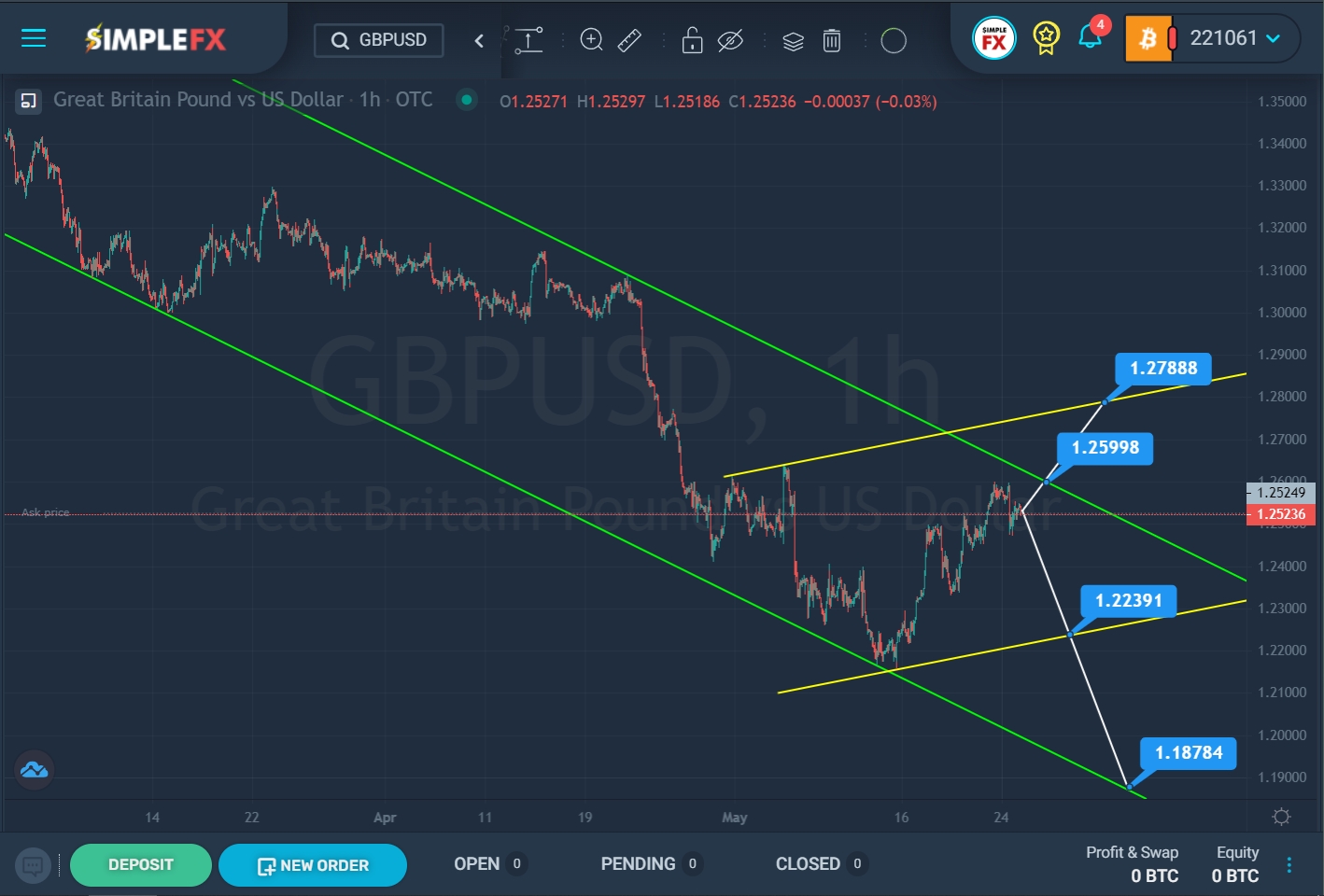 In the second half of March, the price reached the lower green line. We see that the bears failed to break through the support line, so the price, pushing off from the green line, began to move in the opposite direction. At the end of April, the price, touching the upper green line, sharply collapsed in the direction of the lower green wall. The last section of the chart describes an ascending channel of yellow color.