The current BMW.DE chart shows the formation of a global downtrend that moves within a large green channel. 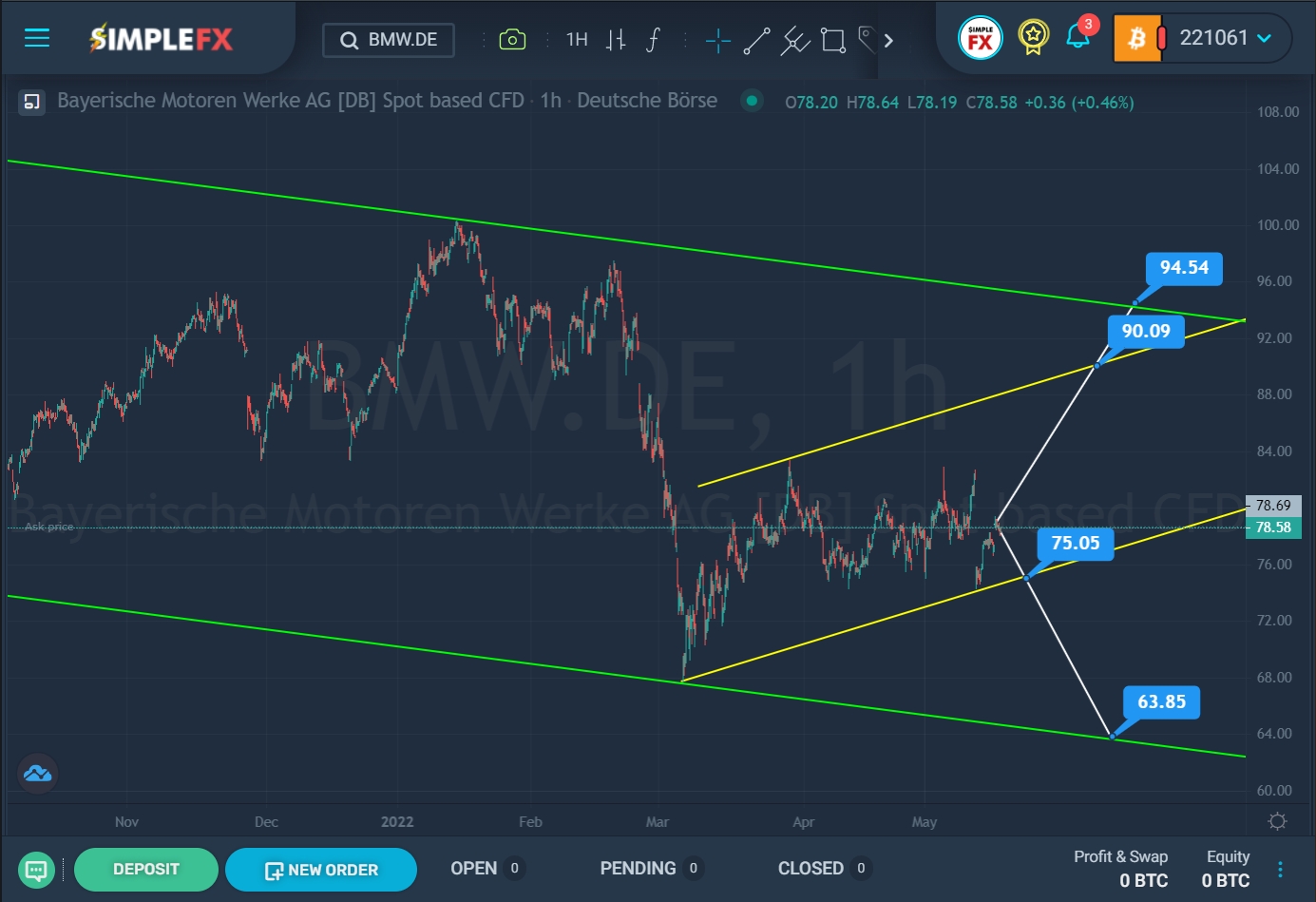 Alternatively, the price may start to rise from the current level, or from the support level of 75.05. A bullish trend may form inside the yellow channel in the direction of its upper wall and the resistance level of 90.09. If this price mark is broken, even greater growth of the stock is possible to the next resistance level of 94.54, which is located on the upper green line.