What’s the Medium-Term Trend for EURJPY?

We see a large uptrend for the EURJPY currency pair that moves within the green channel. We see the price movement from March to today on the current chart. 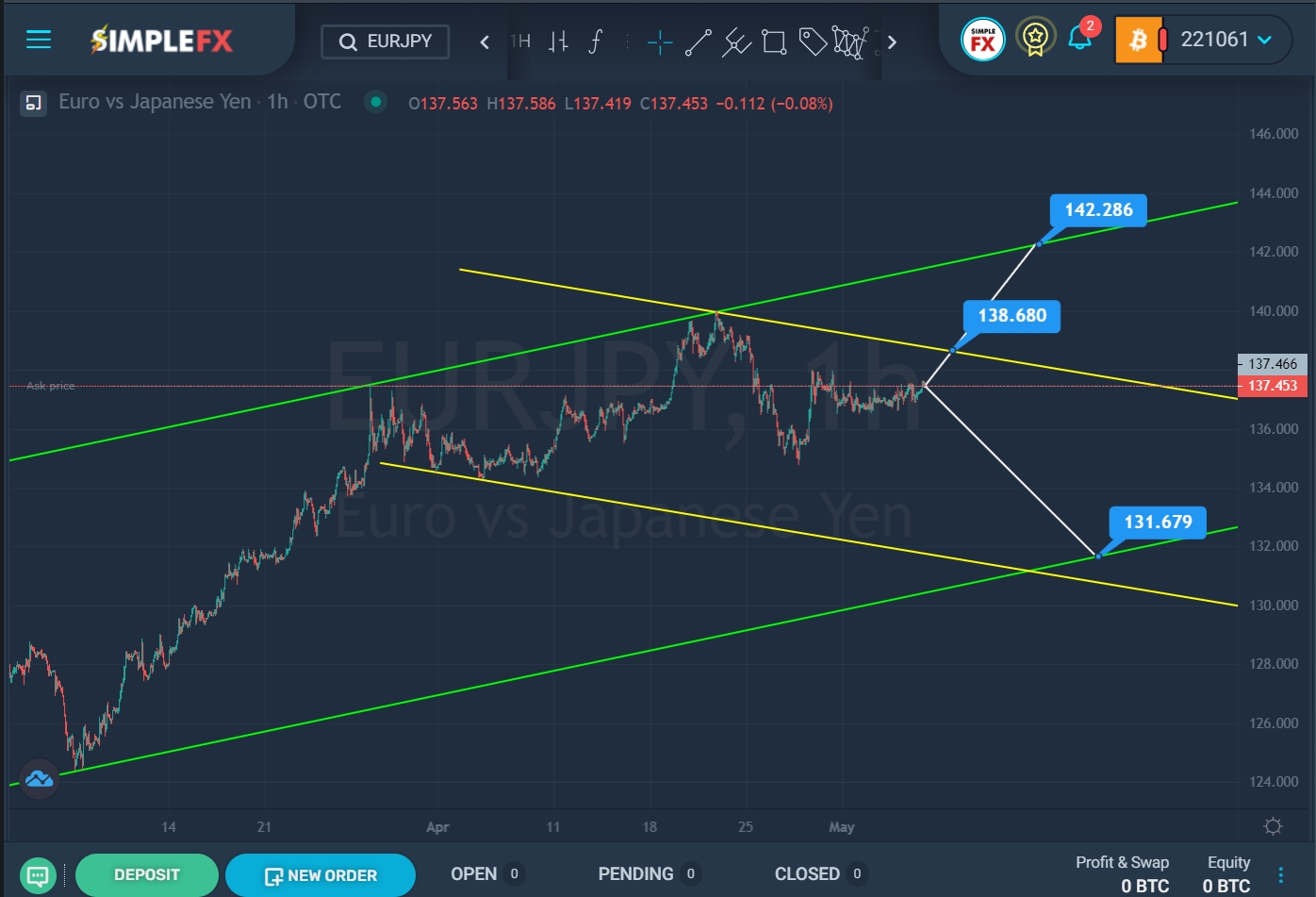 Throughout April, we observe price movement in the upper green area. Bulls in the last days of April made a second attempt to break through the green resistance line, however, unsuccessfully.

However, the last bounce from the upper line of the green channel may give strength to the bears. Thus, in the upcoming trading days, the market may move down in the direction of the lower green wall and the support level of 131.67, as shown on the chart.