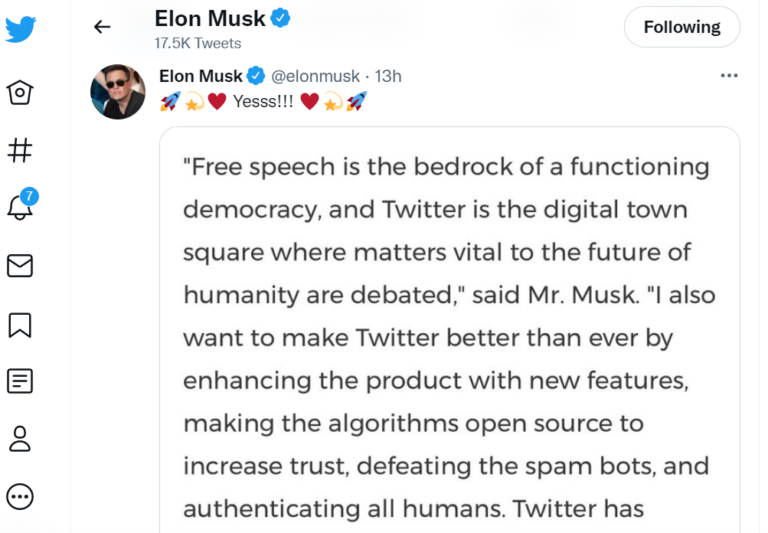 He’s made it! Elon Musk officially bought 100% of Twitter paying $44 billion, and $54.20 per share. Probably the most influential social media network has become a private company as yesterday the board unanimously approved Elon’s offer recommending stockholders to do the same.

The world’s richest man promises to bring free speech to Twitter, and its founder Jack Dorsey trusts him.

“In principle, I don’t believe anyone should own or run Twitter. It wants to be a public good at a protocol level, not a company. Solving for the problem of it being a company however, Elon is the singular solution I trust. I trust his mission to extend the light of consciousness.”, said Dorsey in a Tweet.

During this process, the stocks are still going to be traded on the New York Stock Exchange, so it’s going to be interesting to see how far will the price go from the $54.20 offered by Elon Musk.

Twitter closed at $51.64 yesterday. Make sure you trade the stock today when the market opens at 15:30 UTC. Go to Twitter at SimpleFX.