Is Pound Sterling Doomed to Weaken Against USD?

The GBPUSD currency pair seems to be forming a downward movement within a large green channel. 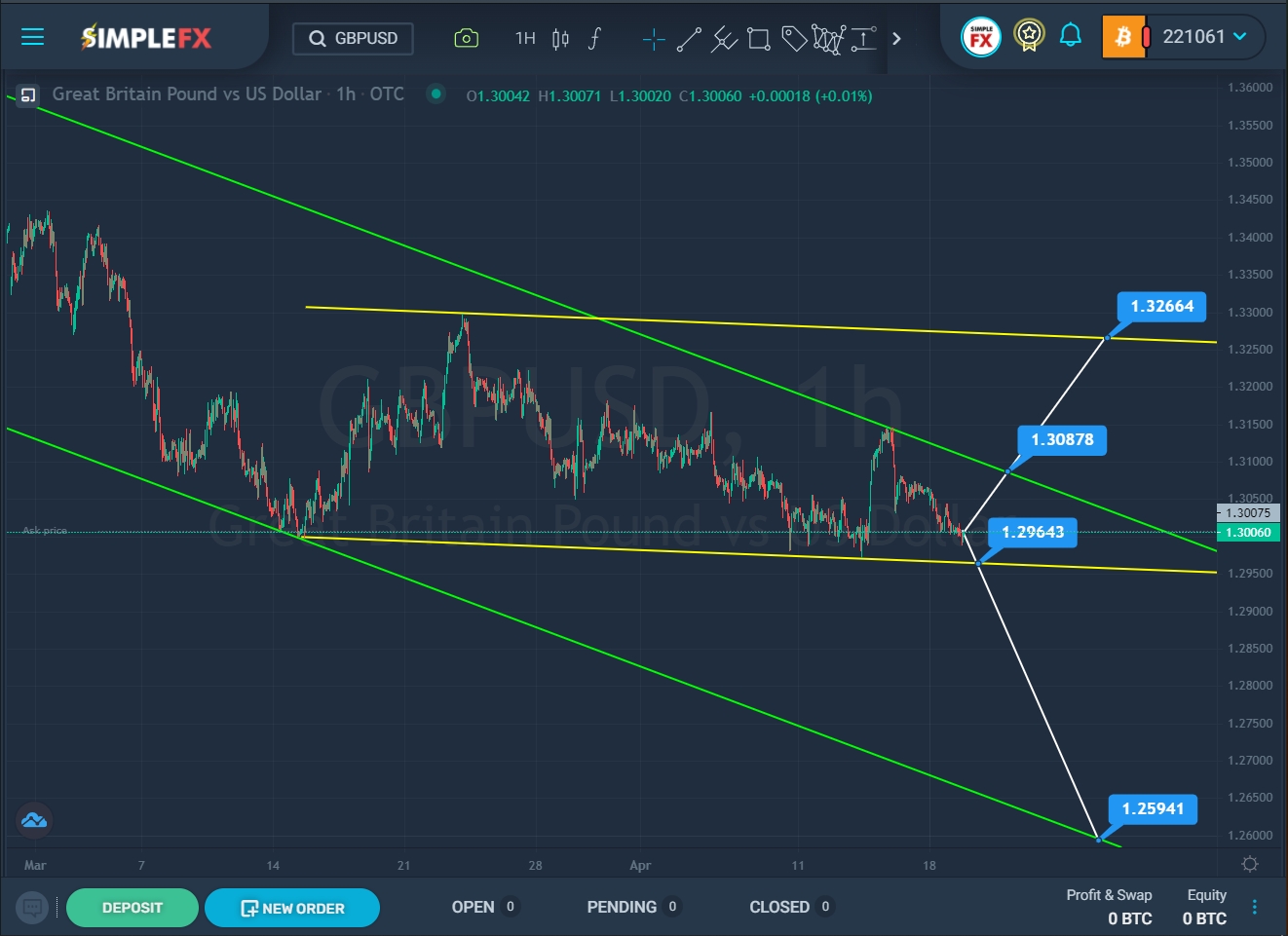 The price reached the lower green line in the second half of March. We see that the bears failed to break through the support line, so the price, pushing off from the green line, began to move in the opposite direction. However, we are not seeing rapid growth. The last section of the chart looks more like a flat, which moves inside the horizontal yellow channel with a slight downward slope.