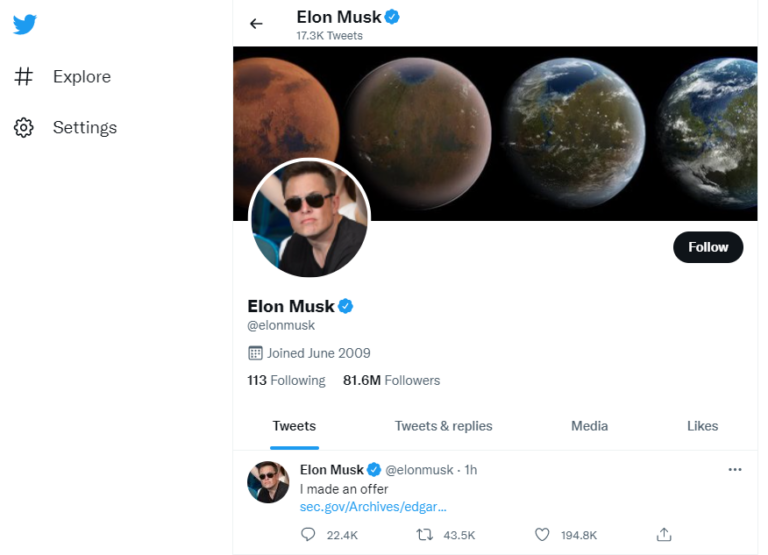 As many expected, Elon Musk goes for a hostile takeover of the social media company. He offered $54.2 per share in cash to buy 100% of Twitter. The price is 54% higher than on January 28, when the billionaire started investing in Twitter.

If the offer is not accepted, Musks suggests he could sell his 9.2% stake in the company.

Twitter is up 13% already in premarket trading. Make sure you are trading when NYSE opens today at 15:30 UTC.

Here’s the complete letter Musk sent to the Twitter board (according to the SEC filing):

Chairman of the Board,

I invested in Twitter as I believe in its potential to be the platform for free speech around the globe, and I believe free speech is a societal imperative for a functioning democracy.

However, since making my investment I now realize the company will neither thrive nor serve this societal imperative in its current form. Twitter needs to be transformed as a private company.