For the LTCUSD cryptocurrency, we see the formation of a downward trend that moves within the green channel. 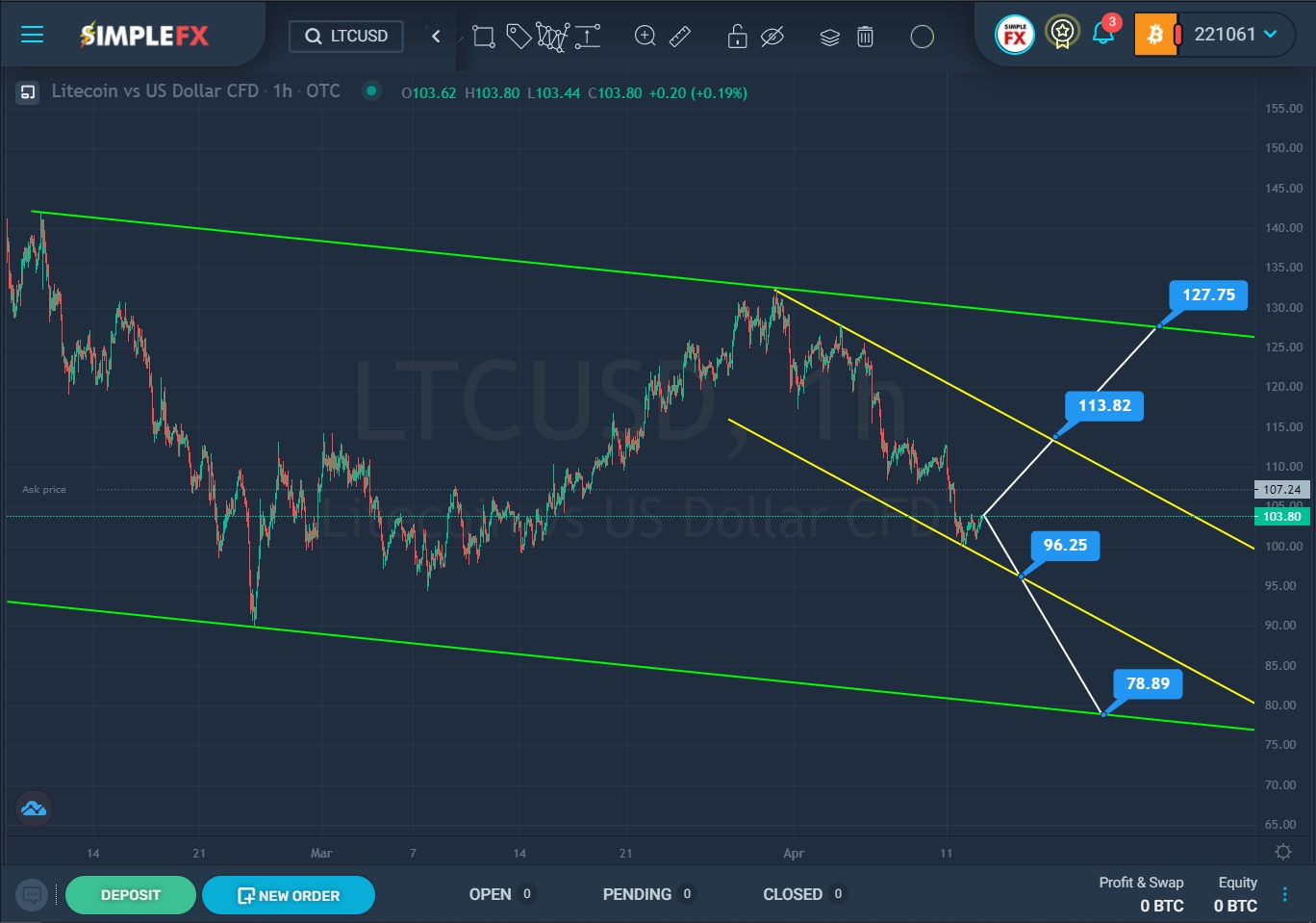 Perhaps the bearish trend will continue in the next coming trading days. If we look at the last section of the price movement, we can see that the bears have already made an attempt to break through the lower yellow wall. There is a chance that the yellow support line will be broken on the second attempt. Thus, with a breakdown of the support level of 96.25, the fall of the cryptocurrency can be continued to the lower green line and the support level of 78.89.