The current formation of BMW.DE shares hints at a global downtrend that is moving within a large green channel. 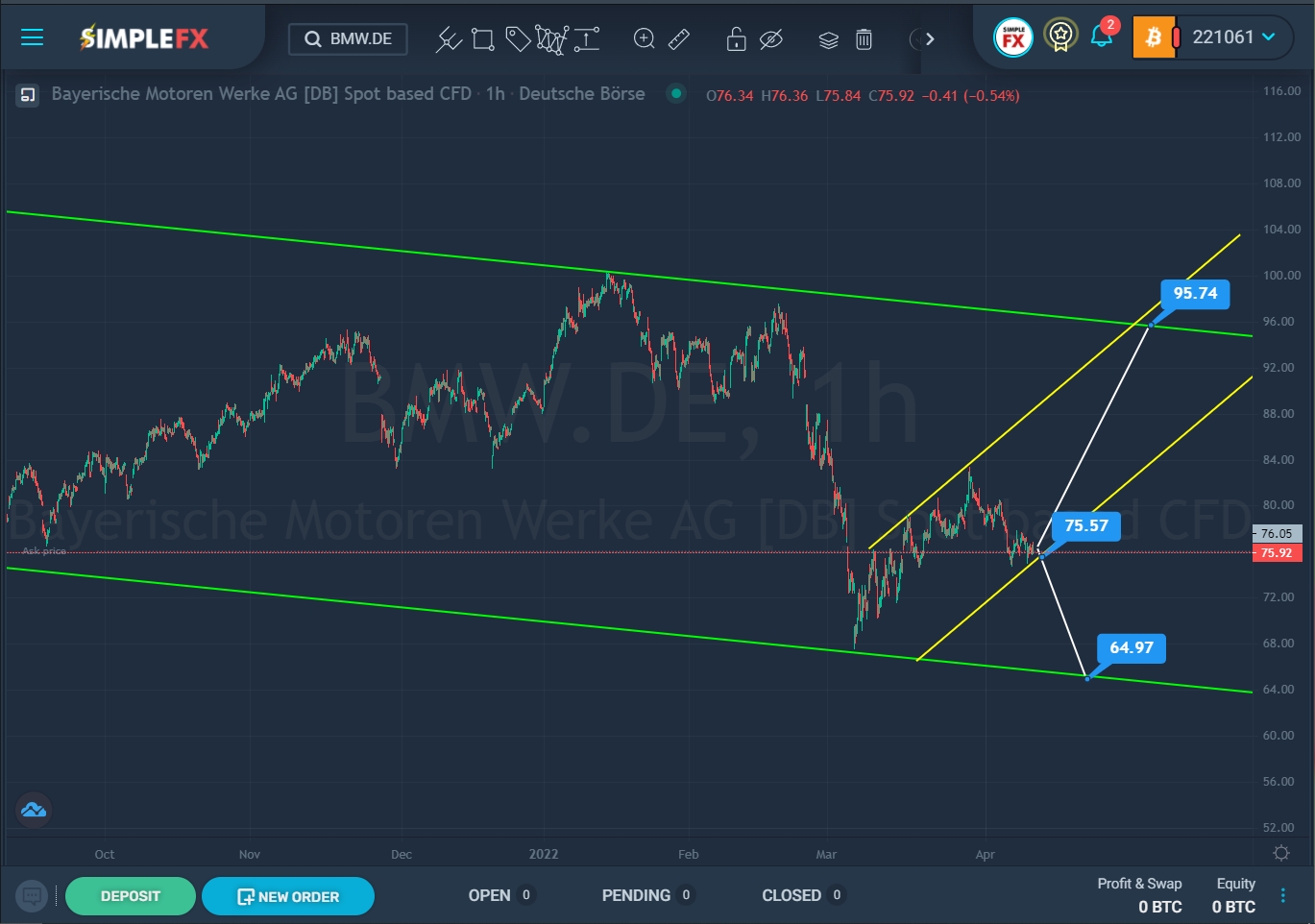 However, the bulls made a second attempt to break through the upper wall, and literally, a month later they again approached the green resistance line. The attempt was unsuccessful, moreover, bears entered the market and in a short period of time sent the price to the lower green area. Not so long ago, the price pushed off from the lower green wall and began to grow rapidly within a small yellow channel.

Alternatively, the price can immediately reverse from the current level, or from the support level of 75.57, and start an upward movement. A bullish trend can form inside the yellow channel in the direction of the upper green line and the resistance level of 95.74.