Dow Jones Has Just Had the Worst Quarter in Two Years. Where Next?

Dow Jones Industrial has had a terrible session yesterday, but today futures are on the rise again.

The current structure of the DJI30 index suggests the formation of a global bearish trend that moves inside a large green channel. We see the price movement on the current chart since the beginning of this year. 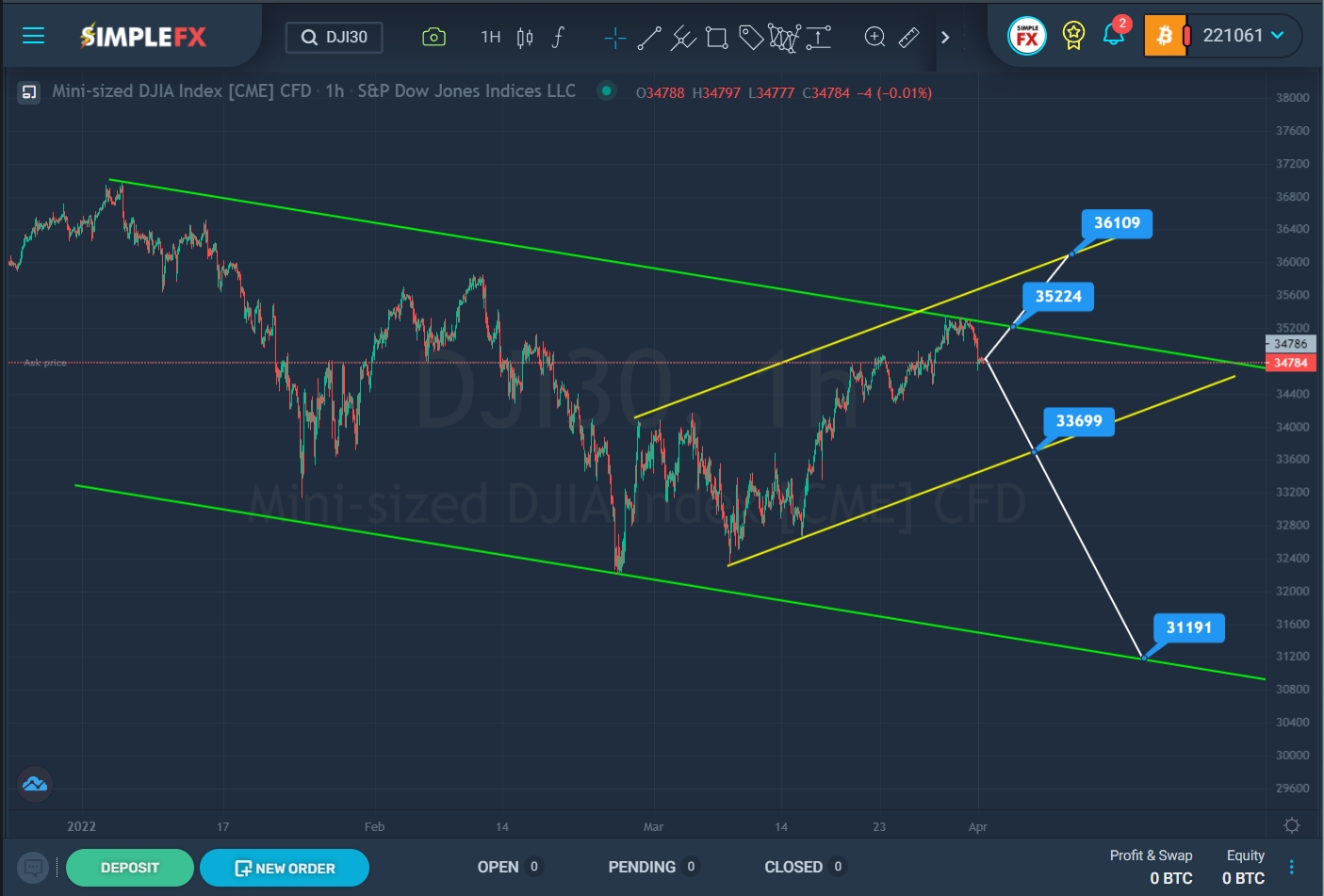 Since January, the price has been zigzagging to the lower green line. At the end of February, the bears reached the lower green line but did not break through it. After that, the market rapidly crept up to within the ascending yellow channel. A few days ago, the bulls reached the upper green wall but did not break through it. Having pushed off from the green resistance line, the price began to move down.

It is possible that the bulls will make a second attempt to break through the green resistance line. If the price mark of 35224 is broken, the price may start to rise in the direction of the resistance level of 36109, which is located on the upper wall of the yellow channel. In the current situation, it is possible to consider opening long positions.

Alternatively, a downtrend is expected to develop, which will move in the direction of the lower yellow line. Perhaps if the bears can break through the 33699 support level, the downtrend will be more powerful. In this case, market participants will be waiting for the continuation of the downward movement of the price to the next support level of 31191, which is located on the lower green line.