GBPJPY Has Just Broken Through an Important Resistance

The GBPJPY currency pair has just crossed an important 158 resistance line. No, the pair is expected to form an uptrend that moves inside the green channel. The current chart shows the market movement since the end of February this year. 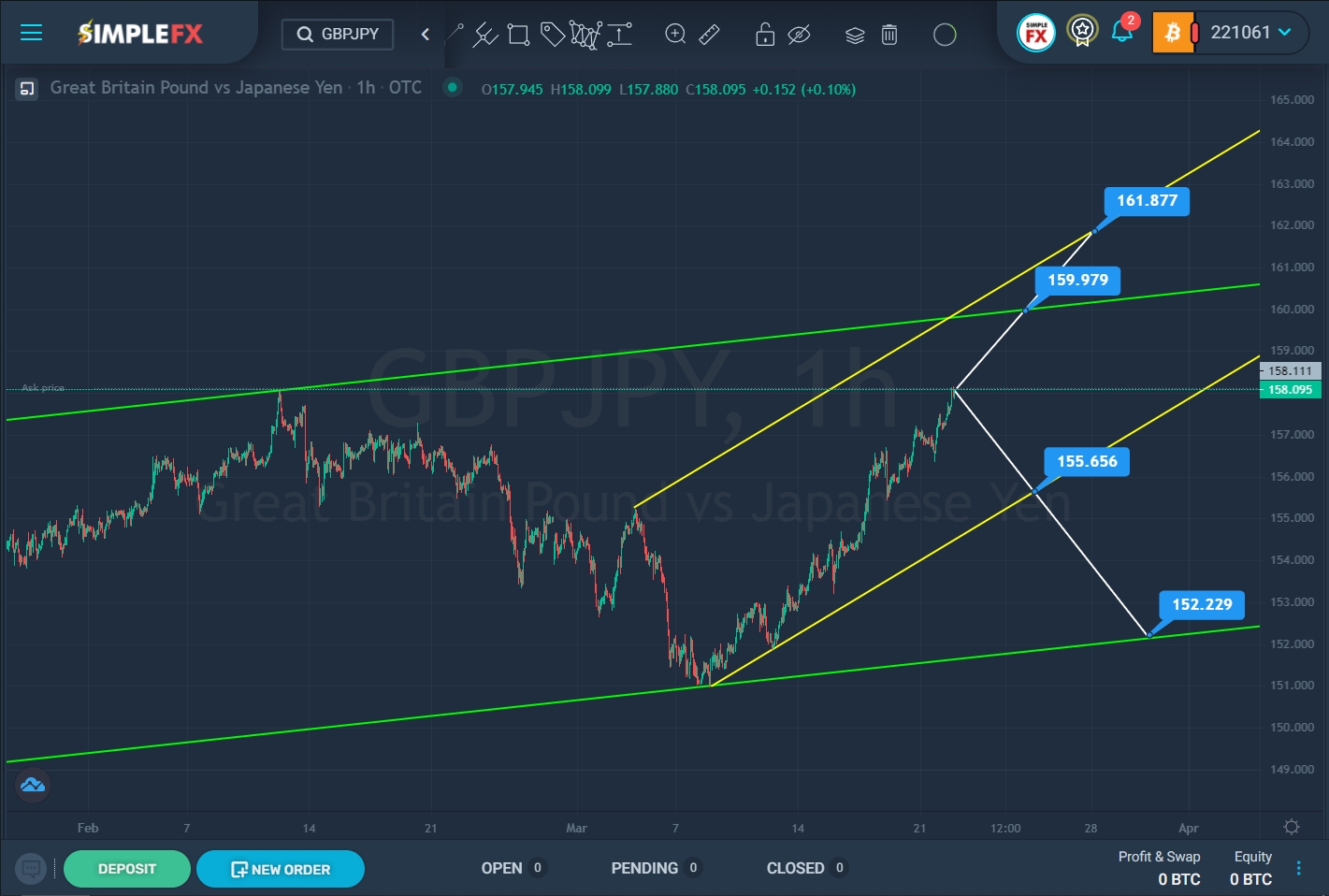 Closer to the middle of February, the price touched the upper green line, then it pushed off from it and began to rapidly fall to the lower green line. In half a month, the market reached the lower green wall, but the bears failed to break through it, so the price pushed off from it and began to move in the opposite direction. This period describes a small ascending yellow channel.

In the last section of the chart, we see how the price is steadily rising up. Perhaps soon the bulls will be able to bring the price to the upper green wall and the resistance level of 159.97. In case of a successful breakdown of this level, the price may continue to rise towards the next important level of 161.87, which is located on the upper yellow line.