GBPUSD Has Just Hit 52-Week Low, Will It Bounce Back?

Apparently, for the GBPUSD currency pair, we see a downward movement of the market within a large green channel. 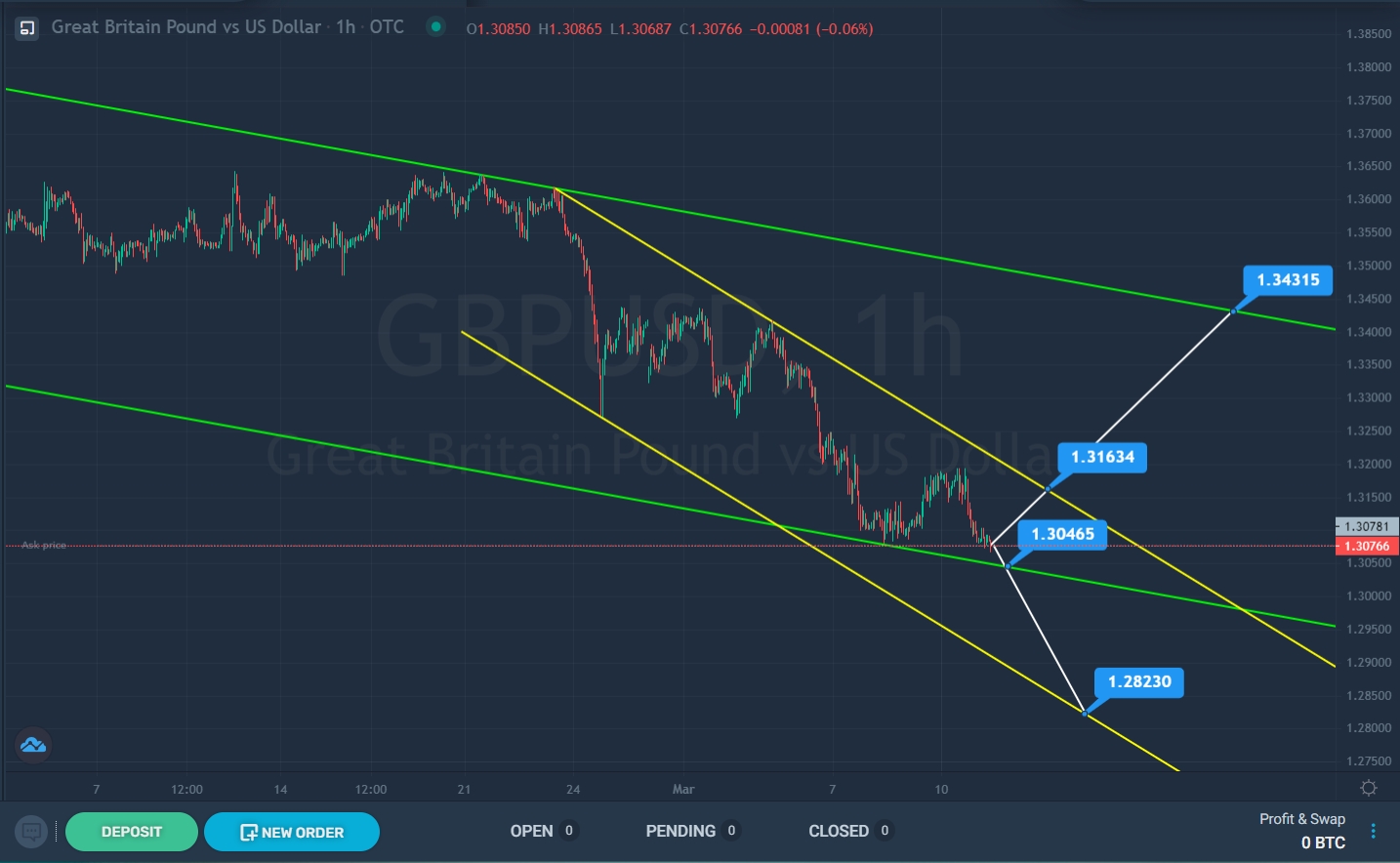 In the second half of February, the price reached the upper green line. We see that the bulls made several attempts to break through the resistance line, but they failed. After the third attempt, the price pushed off from the upper green wall and began to move down within the yellow channel.