Are BMW Stocks Already a Buy-Low Opportunity? Or is it the Last Call to Sell?

The current formation of BMW.DE shares hints at a global downtrend that is moving within a large green channel. 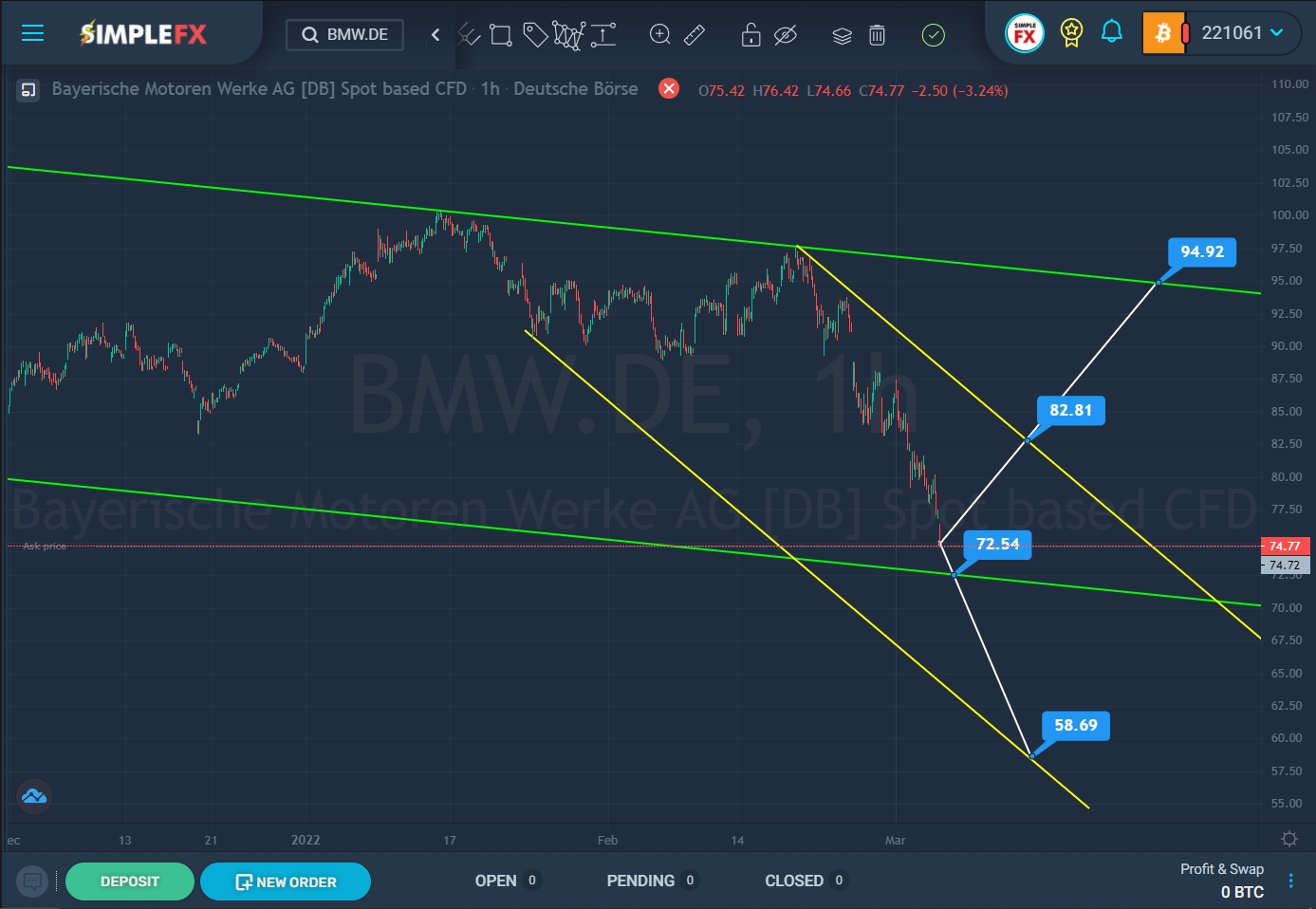 Until mid-January, the price steadily rose from the lower green line to the upper green line. Then it reached the upper green wall, after which it pushed off from it and began to move in the opposite direction. However, the bulls made a second attempt to break through the upper wall, and literally, a month later they again approached the green resistance line. The attempt was unsuccessful, moreover, bears entered the market and in a short period of time sent the price to the lower green line. This section of the chart describes a small yellow channel.

Alternatively, the price can immediately reverse from the current level, or from the support level of 72.54, and start an upward movement. If the bulls can break through the yellow channel’s resistance line near 82.81, market participants will be able to observe an increase in the value of shares in the direction of the upper green wall and the resistance level 94.92.