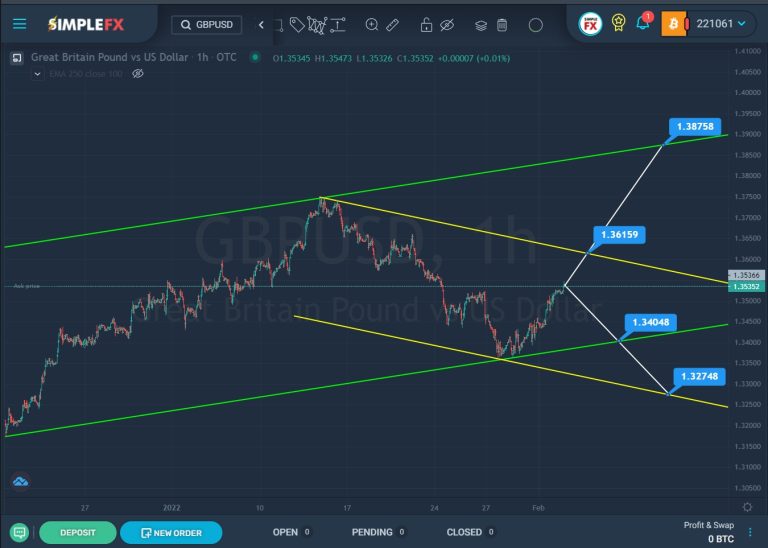 The British Pound has been bought by investors in anticipation of a Bank of England rate hike on Thursday, February 03 which takes it to multi-year highs, but the UK currency could be challenged by economic disappointment later in the year say, economists.

Apparently, for the GBPUSD currency pair, we see an upward movement of the market within a large green channel.

In the second half of January, the price reached the upper green line, but then we saw a market reversal and a rapid fall to the lower green wall. This gap describes the descending channel of yellow color.

Not so long ago, the price reached the lower lines of the two channels, but the bears could not break through these support lines and surrendered their positions to the bulls.