Bitcoin Almost at $60k on SEC Tweet and ETF Hopes 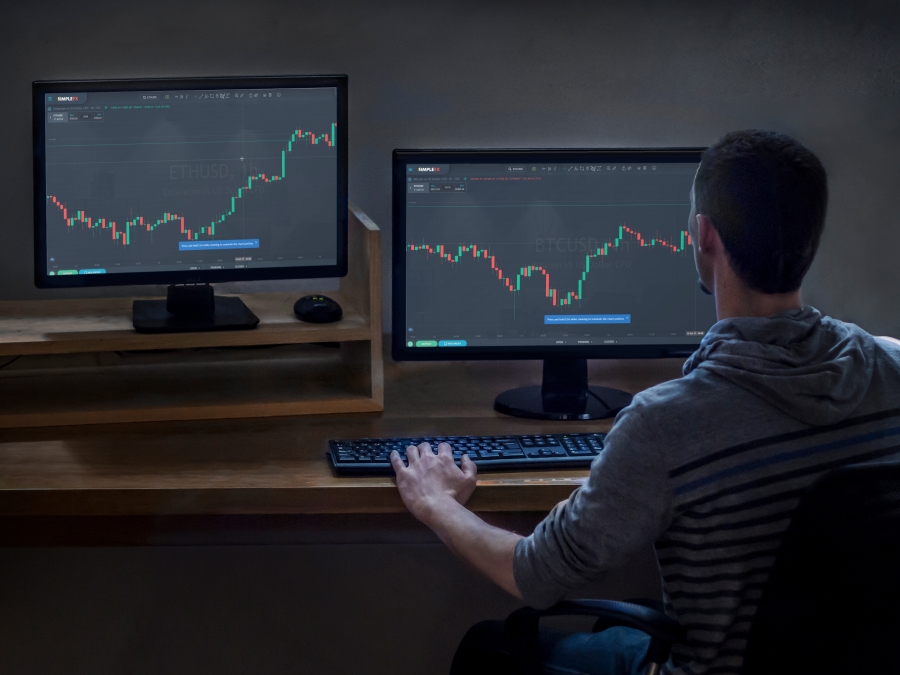 Bitcoin’s hit $59,901 today on SimpleFX, the highest level since May, while Ether set a monthly record at $3848. Investors have been increasingly attracted to cryptocurrencies. BTCUSD is up 42% since September 30, and more than half since September 20. The all-time high of $64,895 is getting closer.

This time the bullish run was sparked not by Elon Musk, but an official tweet from SEC Investor ED, which stated:

“Before investing in a fund that holds Bitcoin futures contracts, make sure you carefully weigh the potential risks and benefits,” informed SEC in a tweet.

Bitcoin hit a six-month high on Friday, approaching the record set in April. Investors are more optimistic about introducing a bitcoin futures contracts exchange-traded fund (ETF) by US authorities.

According to sources familiar with the situation, the Securities and Exchange Commission (SEC) is expected to allow the first bitcoin future ETF to begin trading next week.

Cryptocurrency investors have been anticipating the approval of the country’s first bitcoin ETF for months, and some of bitcoin’s recent price increases have been in reaction to it.

In the United States, several fund managers, including VanEck Bitcoin Trust, ProShares, Invesco, Valkyrie, and Galaxy Digital Funds, have applied to create bitcoin ETFs. This year has seen the introduction of cryptocurrency ETFs in Canada and Europe.

Gary Gensler, the head of the CFTC, has previously said that the cryptocurrency market is full of securities that may be unregistered and leaves prices open to manipulation, posing a danger to millions of investors.

According to the Bloomberg report, the proposals by ProShares and Invesco are based on futures contracts and were submitted under mutual fund rules that Gensler has said provide “adequate investor protections.” The SEC has not commented on the Bloomberg report.

The price surge of Bitcoin is another indication that investors are once again in accumulation mode, which is supported by data from Glassnode showing that the amount of Bitcoin kept in wallets of all sizes has been on the rise since the price briefly dipped below $29,000 in mid-June.

The increase to just under $60,000 is even more apparent because it represents a 100 percent rise in BTC price since bottoming at $29,193 on July 20, suggesting a robust recovery and increased appetite.

Bitcoin’s increasing price and growing bullish sentiment have also drawn more attention to Bitcoin-related initiatives that aim to integrate it into the decentralized finance (DeFi) ecosystem and provide smart contract capabilities to the Bitcoin network.