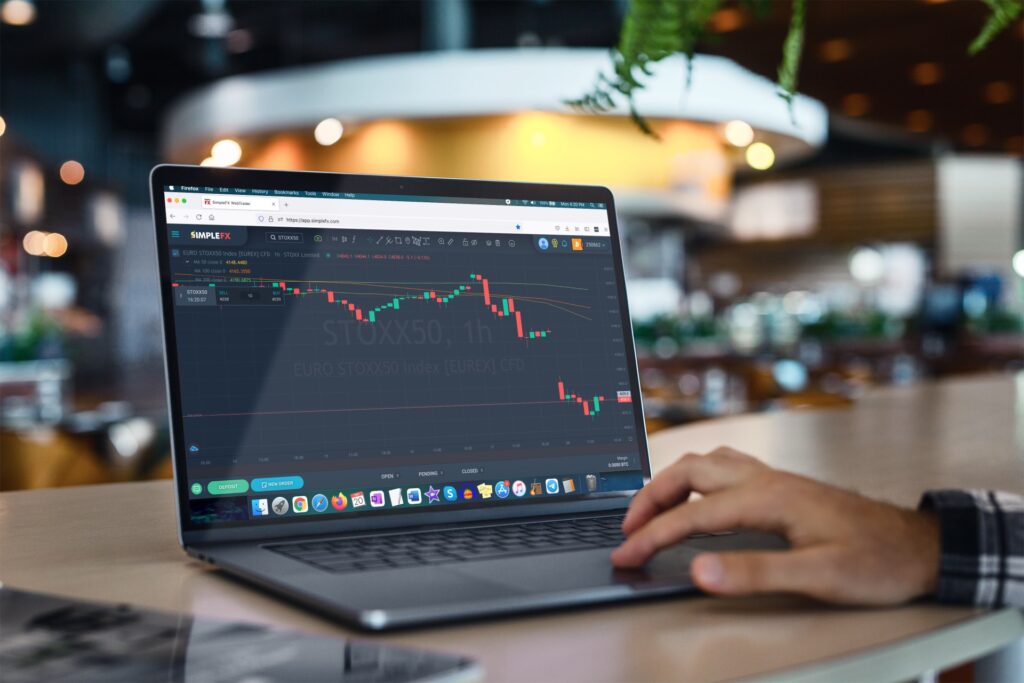 Evergrande, the most indebted property developer globally, owes over $300 billion to lenders, suppliers, and investors with a looming payment deadline on Thursday. This could be critical to China’s financial system if not controlled.

As a result, Evergrande’s Hong Kong-listed shares were down 10% on Monday closing to its 11-year low. Kington Lin, managing director at Canfield Securities Limited, stated that Evergrande’s share price is possible to plunge below HK$1 if the company opts for restructuring and sells most of its assets.

As investors feared the health of the broader Chinese real estate sector, a wider sell-off was triggered, with the European markets trading lower on Monday. Eurozone’s blue-chip index STOXX50 was down by 2.14% on SimpleFX (as of 14:38 UTC). China’s industrial restrictions caused a decline in base metals, and raw materials plummeted too, with iron ore diving below $100 per ton. Germany’s China-exposed Xetra DAX Index (DAX30) lost 2.36% on Monday on SimpleFX.

Adding to the market anxieties is the upcoming US Federal Reserve meeting starting Tuesday. The two-day meeting will end with Fed Chair Jerome Powell’s press conference, where investors are highly anticipating any clues on the Fed’s tapering of its monthly asset purchases before year-end. The Federal Open Market Committee (FOMC) could also reveal its rate hike predictions for 2022 and 2023.

Cryptocurrencies once again proved that can be correlated with stock markets. Bitcoin fell 7.3% and is trading below $44,000. Altcoins followed with Polkadot (-13%) being the biggest loser among serious players.

On Tuesday, onshore financial markets in mainland China will remain closed, and all markets in Hong Kong will stay open. The sell-off spree could worsen on Wednesday when the Chinese markets reopen after the holidays.

Ahead of the Fed meeting, SPX500 slipped on the red with a 1.48% loss on Monday. It is on its second week of decline. DJI30 went down by 1.28% in the same period. This could mean that the sell-offs could stretch to Wall Street upon equities reopening in New York. Cboe Volatility Index (VIX), Wall Street’s “fear gauge,” also hit 25.5, nearing its highest level since May 12.

Among key events on Tuesday include:

A lot is happening this week, and investors are already preoccupied with worries over a slowing global recovery from the COVID-19 crisis, including inflation aggravated by commodity prices.

This will be a busy week. Go to SimpleFX, and don’t miss to trade the critical price shifts ahead.