How Low Can Bears Drag ETHUSD Before it Comes Back? 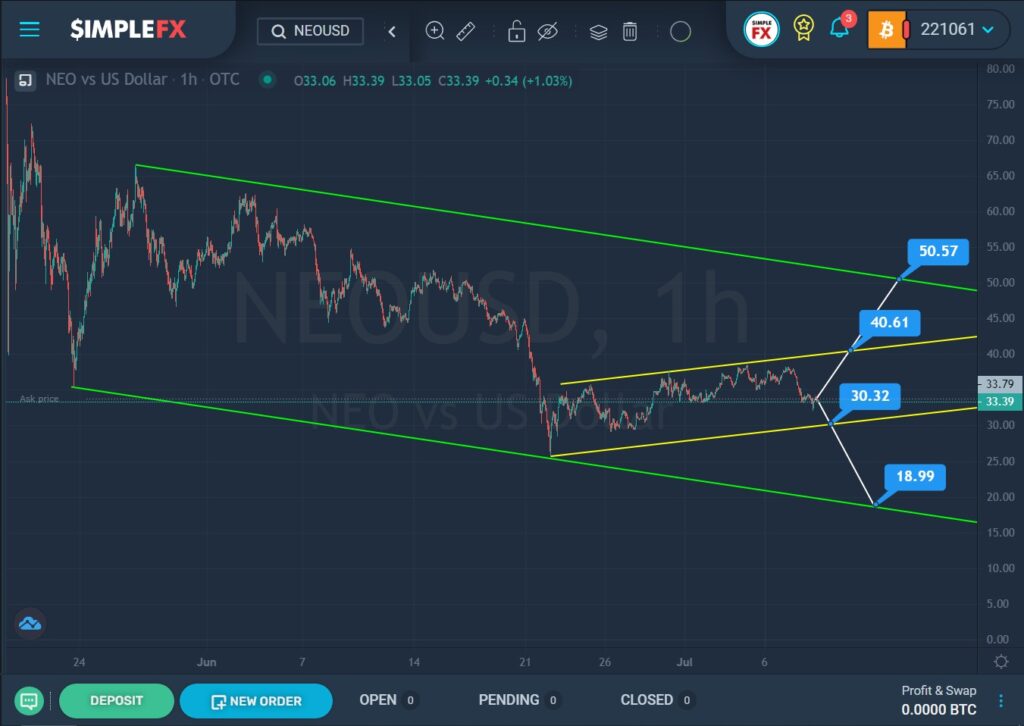 Ethereum fell below $2,100 and is approaching $2k resistance again. Two scenarios are still possible according to our analysis. If you believe in Ethereum in the long run, especially facing the upcoming

For traders aiming for a higher risk/reward ratio with altcoins, we examine the technical situation of Neo in the second part of our post.

The ETHUSD cryptocurrency pair forms a downtrend that moves inside the bearish green channel.

However, there is a possibility that the bulls will continue to push the market up. It is possible that ETHUSD will rise to 2468.76, which is on the upper green wall. If this level is broken, the bulls will open the way to the upper yellow wall and the resistance level of 2863.13.

The NEOUSD cryptocurrency pair hints at the formation of a bearish trend that moves inside the green channel.

The last section of the chart, where we see the price pullback from the lower green line and the beginning of its growth, describes a small ascending channel of yellow color.

In the second option, it is assumed that the market will move in an upward direction to the upper yellow wall and the resistance level of 40.61. With a successful break of this level, the market can continue to grow to the next important support level of 50.57, which is on the upper green wall.