You are at:Home»Analysis»BTCUSD Technical Outlook Before the Critical Weekend

Bitcoin price has been falling this month. While the bears are expecting a run below the $30k support, bulls argue it’s the last call for buying in low. Let’s analyze it.

In the second part of our post, we’ll take a look at one of the most exciting forex pairs: GBPAUD.

For the BTCUSD cryptocurrency pair, the market is moving in a downward direction within the green channel, forming a bearish trend.

For the last half a month, we have observed the price move from the upper to the lower line of the green channel. Not so long ago, the price touched the lower green line, and then we saw its reversal and the beginning of growth. The last section of the chart describes the ascending yellow channel.

There is a second scenario in which it is assumed that the bears do not have enough strength, and they lost to the bulls. In this case, the market will rise up in the direction of the resistance level of 39123.92, which is on the upper yellow wall. 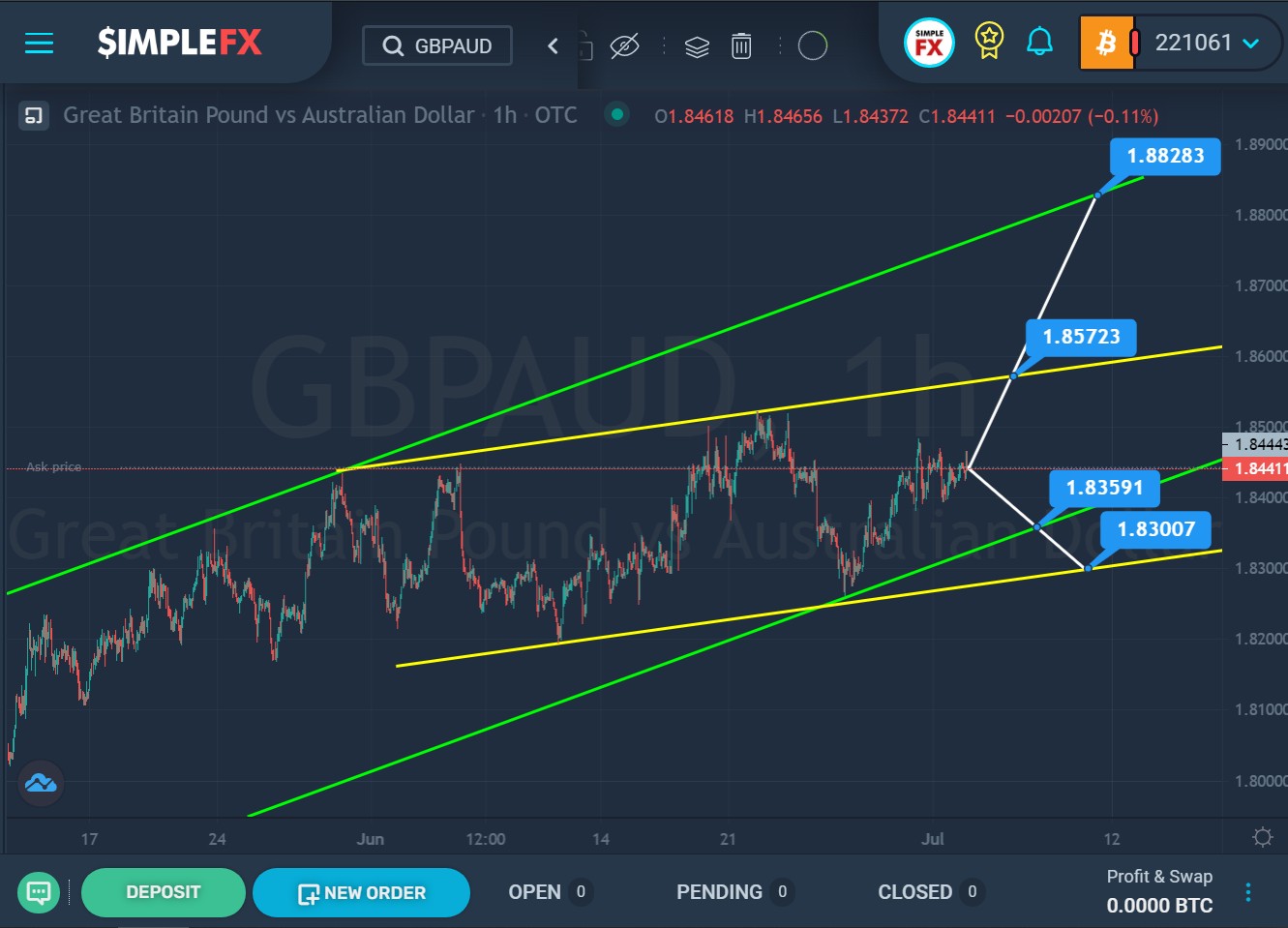 The current structure of the GBPAUD currency pair shows the formation of an upward trend that moves inside the green channel.