You are at:Home»Analysis»XAUUSD, SPX500 Driven By New Inflation Data

Inflation is going up in the biggest economies. Gold competes with cryptocurrencies as a hedge against the rising price index. Higher inflation also means more incentive to invest in stocks. In our technical gold and S&P 500 outlook, we analyze the possible scenarios for both assets. 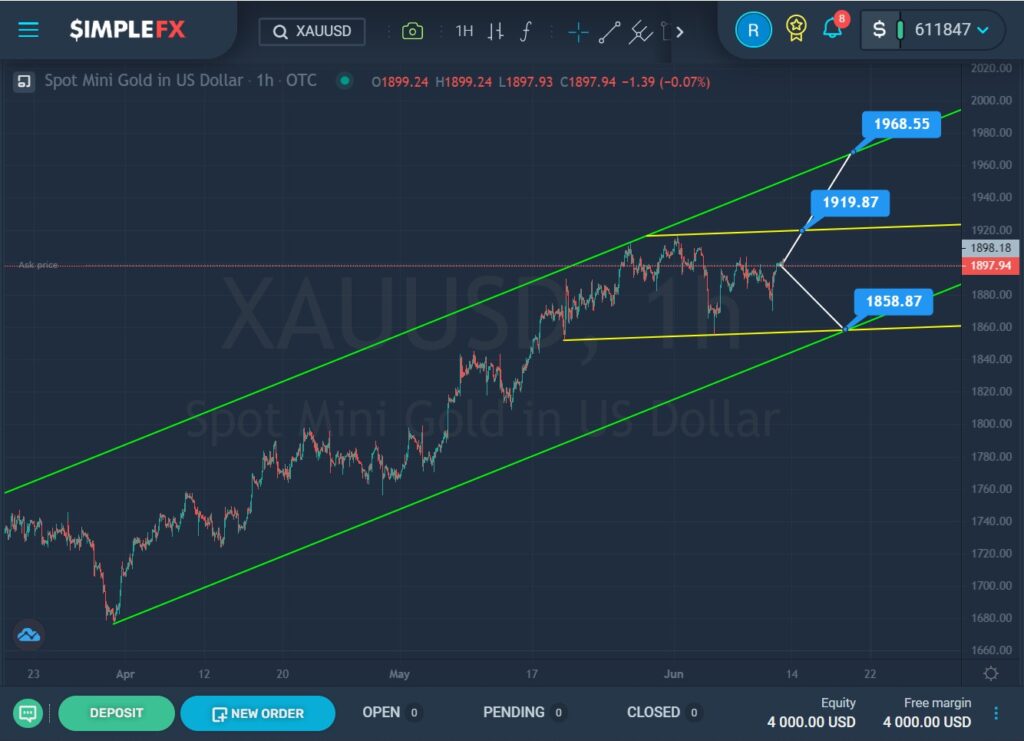 Apparently, a large uptrend is currently under development for gold, which is moving inside the green channel. For two months, the price moved from the lower line to the upper line of the green channel, but the bulls were unable to break through the upper green line.

After rebounding from the upper green wall, the market began to move in a horizontal direction inside a small yellow channel.

It is possible that in the next coming trading days, the price will go down and possibly reach the support level of 1858.87, which is at the intersection of the lower lines of the yellow and green channels. 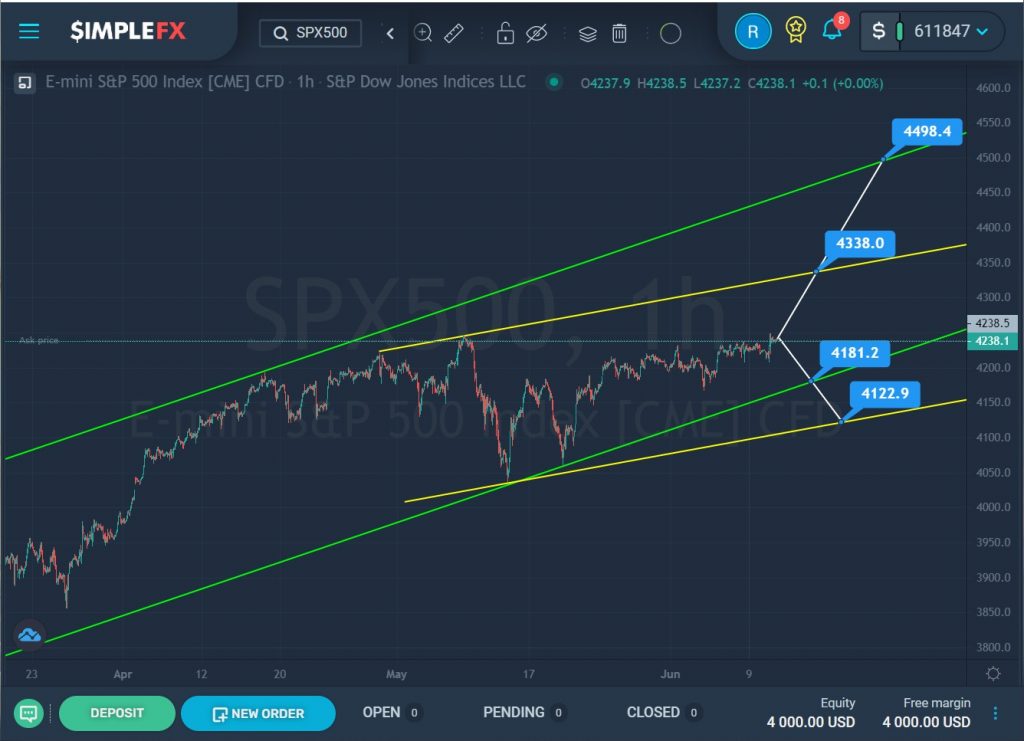 On the SPX500 stock index, a bullish trend is currently under construction, which moves inside a large green channel.