You are at:Home»Analysis»EURJPY Just Below the 31-month High

For forex traders, this week we analyze USDCHF and EURJPY. Both pairs show potential for profitable moves. Take a look at the possible scenarios and make the best moves! 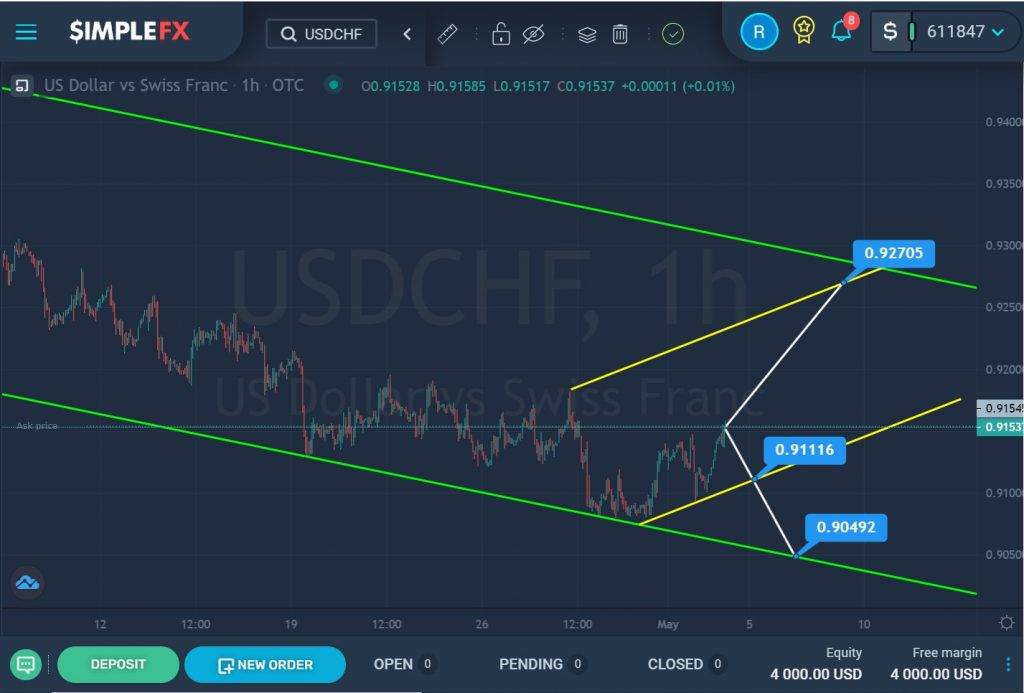 The current formation of the USDCHF currency pair shows a downtrend that moves within a large green channel.

We can see that the price has been in the lower green zone for the last month. It reached the bottom green wall, then pushed off from it. However, it did not rise high.

A few days ago, the market again pushed off from the lower green wall and began to move in an upward direction. Perhaps, during this month, the bulls have accumulated strength and are ready to lead the market. Thus, we can expect a bullish growth inside a small yellow channel to the upper yellow line and the resistance level of 0.927. 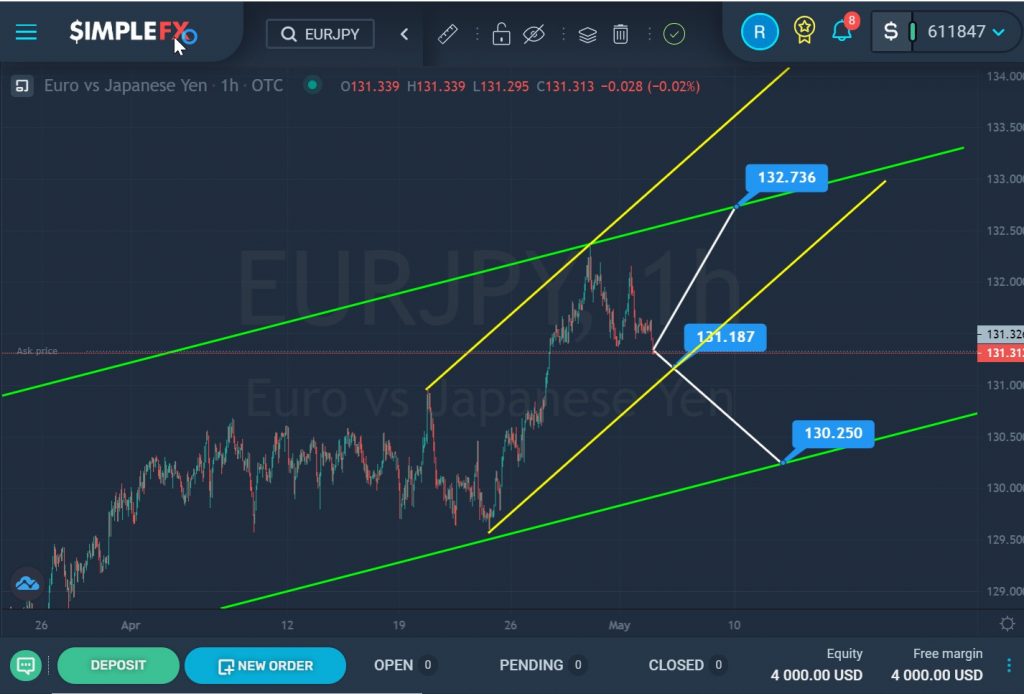 For the EURJPY currency pair, we see the construction of an uptrend, which is formed inside the green channel.

The last section of the chart, where we see a rebound from the lower green line and a sharp jump in the price to the upper green line, describes the yellow channel.

In the alternative, the price is expected to reverse and continue to rise in the direction of the upper green line and the resistance level of 132.73.