You are at:Home»Analysis»April Winners: These Trading Ideas Were Spot On

April has been a fantastic month for margin traders. Especially those investing in the US stocks, and some major forex pairs. Remember that thanks to our awesome Trading Ideas feature you can both:

Here’s the list of our Trading Ideas contest in April.

as long as the price is still the channel I think the price will keep movin up untill test the record of 13913, the price now is at the support of 13383, I will buy with take profit at 13900 area.

This proved to be a great idea, as the index climbed strongly, reaching the level within a few days as you can see in the chart below. 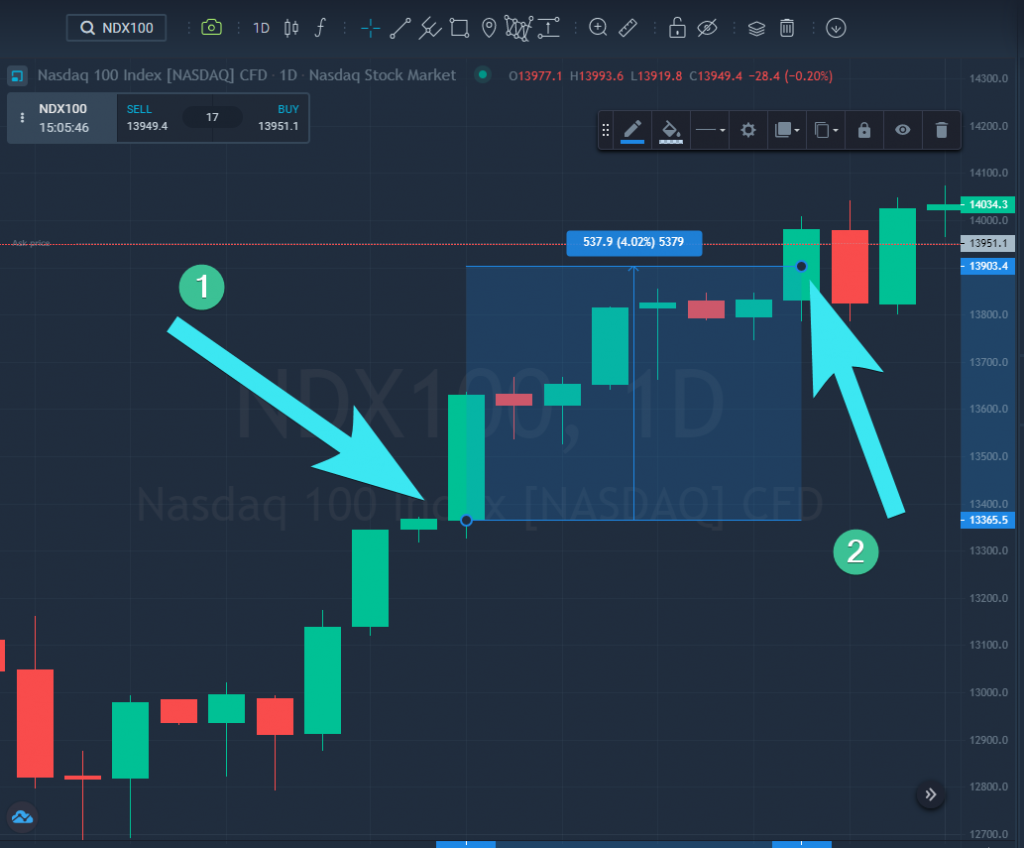 Hope you were already following abousarah25 and made a similar move.

after it went deep down, the bulls are ready to take control again, as we see the price touched the down trendline, and it’s ready to go up to test the 1st resistance at 0.8595, and if it break the trend, so it will go at 0.8645 when it will face a strong resistance.

It turned out to be a great Trading Idea, as the pair exploded 2.25% in the next three to four trading days, and entered a sideway drift later. 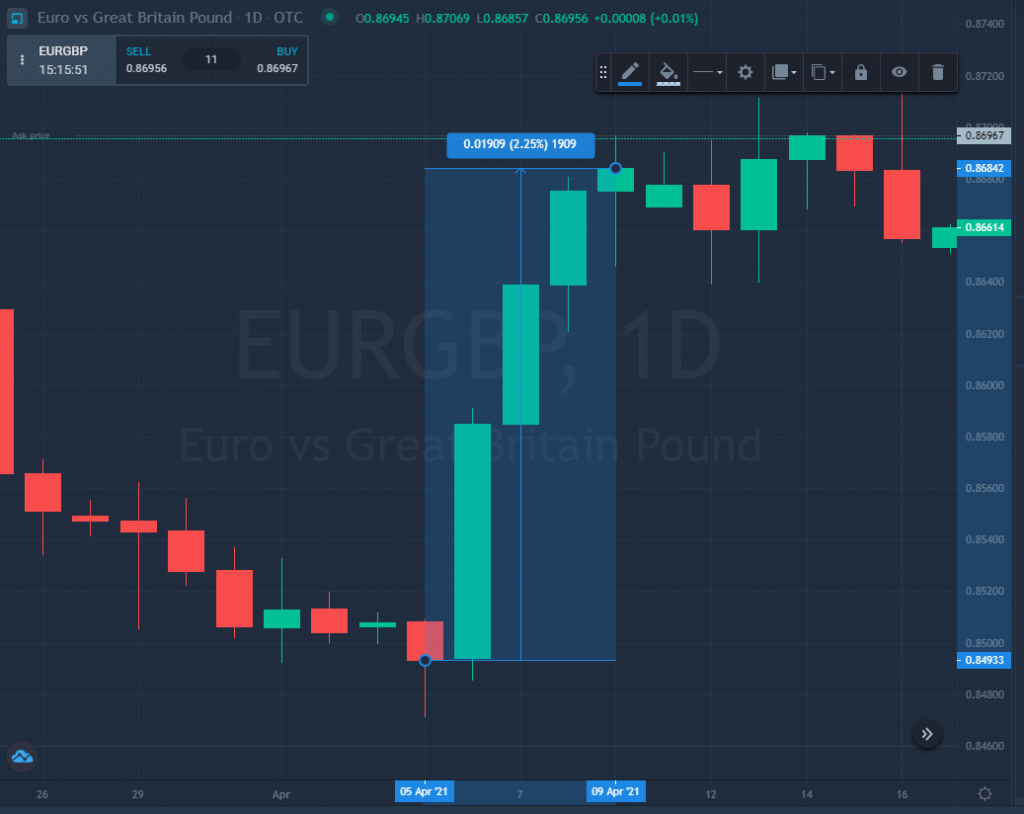 Again, on April 5, abousarah25 showed on a chart analysis that GBPJPY might have been trading too high:

this pair is marking an overbought like we see on the chart , 153.31 is a good point to seel with take profit at 150.55 when it will retest the trendline, if it break it , then the big short will begin again.

Indeed, the British pound fell by over 2% against the Japanese yen in the next two trading days. 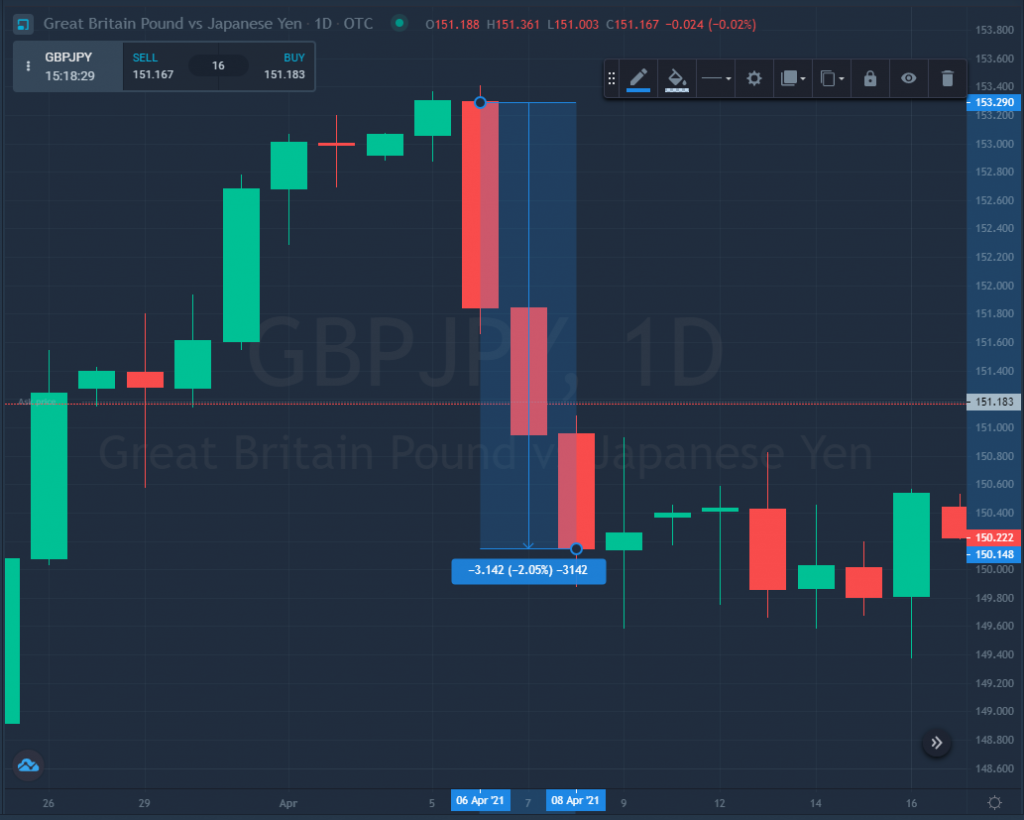 Another score for the trader and the followers.

Finally, one of the best TI authors vasquez2197 on April 7 predicted USDJPY falling down. This proved to be a great hint for both Spanish and English speaking users:

The level was reached in five days of trading. Congratulations! 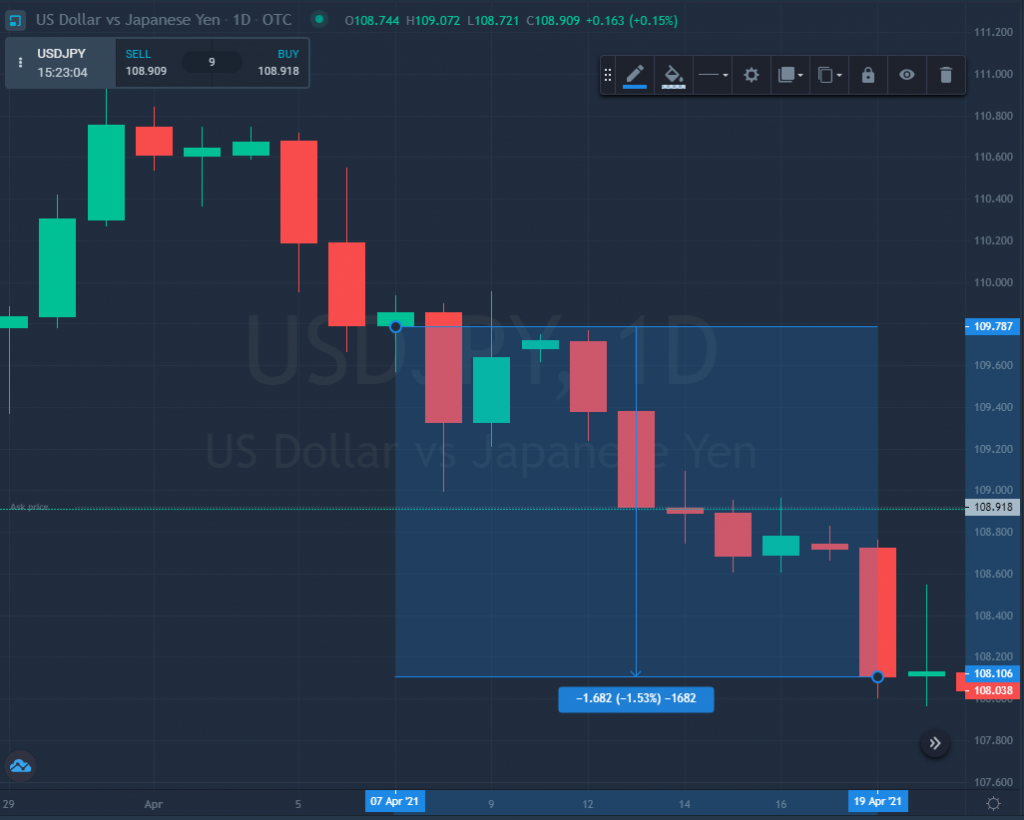 SimpleFX Trading Ideas contest goes on. Publish as many quality TIs as you want, you can only win awards, followers, and passive income in our affiliate program.