You are at:Home»Uncategorized»Why not Trade Yen Against GBP and USD over the Next Days?

Today we take a closer look at two Japanese yen pairs. Enjoy the growing volatility and use our technical analysis for some profitable trades. Good luck! 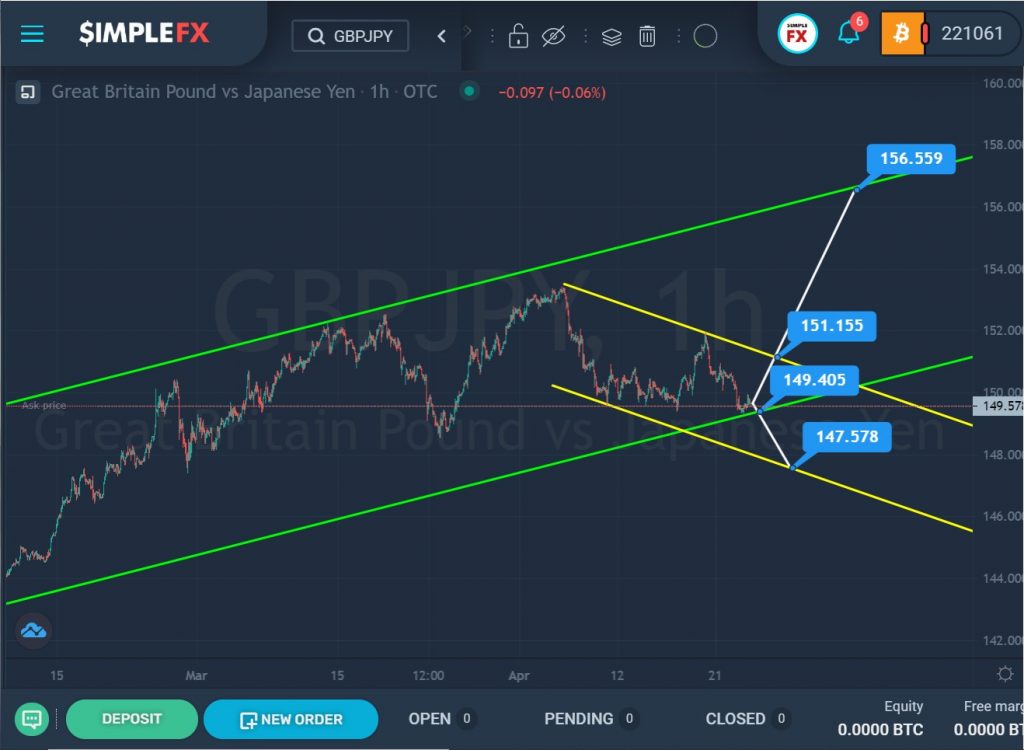 The USDJPY currency pair is forming a bullish trend, which is part of a large green channel. In early April, the price pushed off from the upper green wall, then went in a downward direction.
Most likely, the market is aiming for a support level of 106.81, which is on the lower green wall.
However, there is a chance that the price will turn around and go up. If the market reaches the upper wall of the yellow channel, which describes the last downward movement of the price, and then breaks through the resistance level of 109.36, then the market will open the way to the upper green line and the resistance level of 112.44.
An approximate scheme of possible future moves is shown on the chart. 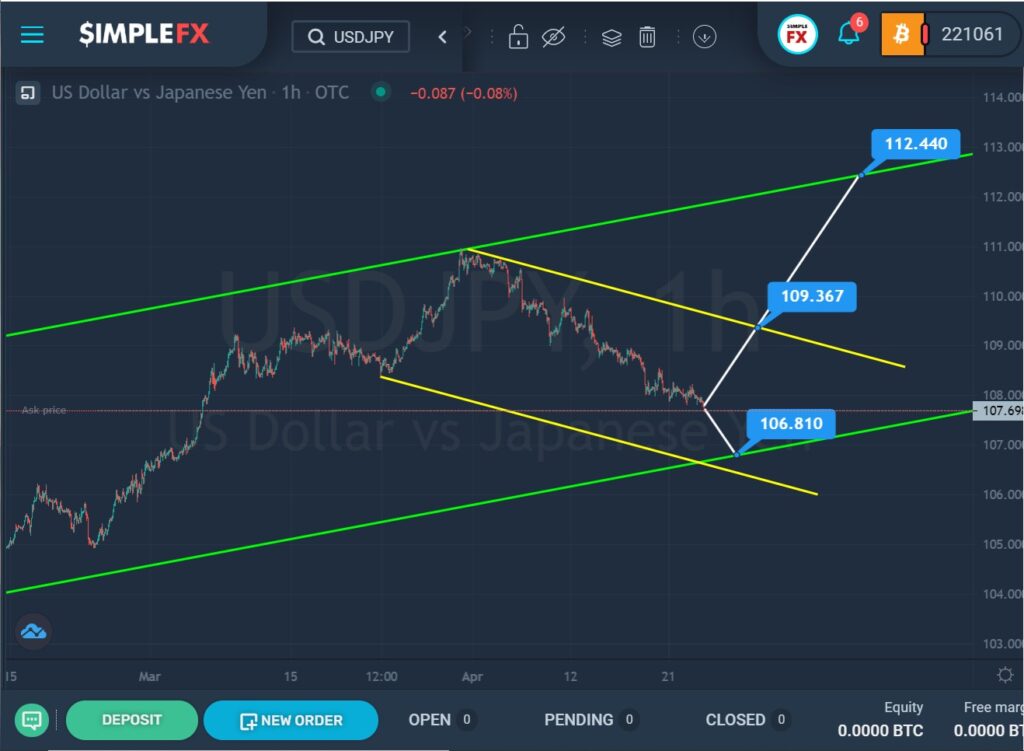 SimpleFX GBPJPY Chart Analysis: April 23, 2021
For the GBPUSD currency pair, we can see the development of a bullish trend, which is formed inside a large green channel.
Let’s pay attention to the last section of the chart. We see that the price, before reaching the upper green line, turned around and began to move in the opposite direction, that is, the bulls wasted their strength and gave way to the bears. This section describes a small yellow channel.
At the time of writing, the price is almost on the lower green line. In the event of a break of the support level of 149.40, the price may decline to a lower support level, which is on the lower line of the yellow channel.
Alternatively, market participants can expect the growth of the currency pair in the area of the resistance level of 151.15, located on the upper yellow wall. If this level is successfully broken, the price may rise to the level of 156.55, which is on the upper green line.
featured
Share Twitter Facebook Google+ Pinterest LinkedIn Tumblr Email