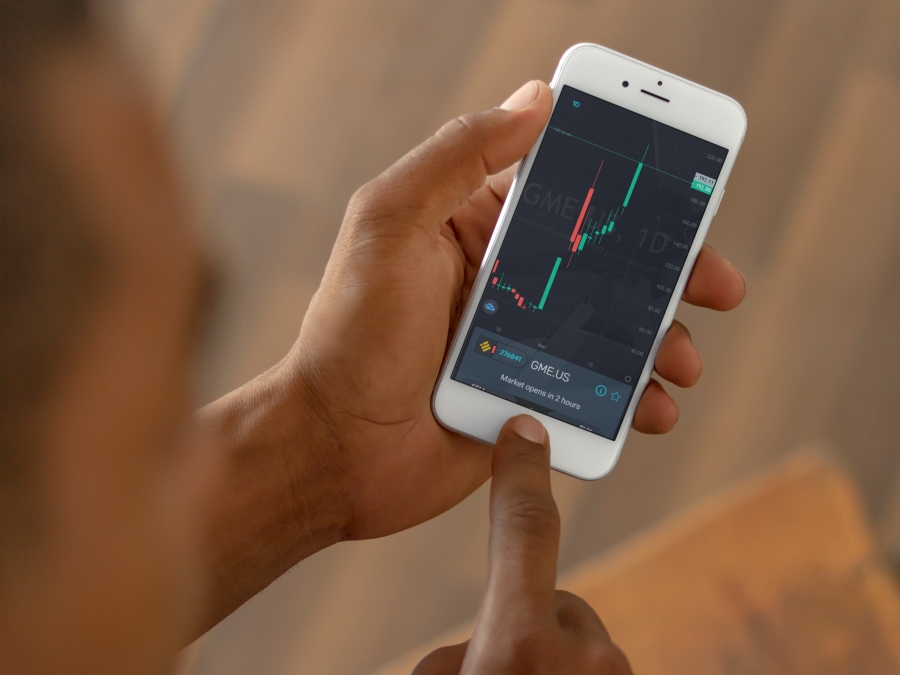 GameStop surged 40%. The spike in share prices came after the company put Chewy Founder Ryan Cohen to lead the shift to e-commerce. The new initiative aims to turn GameStop into the “Amazon of gaming.” Last year, Cohen invested around $76 million in the company, pushing its value to skyrocket. GameStop trades at $192.88 and gained a staggering 910% this year.

Another Reddit darling AMC Entertainment soared 18% yesterday.  AMC bolstered much support after Wedbush analyst Michael Pachter increased his price target by 100%, citing the company’s re-opening efforts positively and praising its ability to raise liquidity without “a big box office” boost. AMC Entertainment is one of the hottest stocks to trade, with a massive 318% gain YTD.

Meanwhile, tech stocks are not doing so well. Apple shares plunged by 18% since its January peak. Amazon experienced a 13% decline from its February all-time highs, and NVIDIA dropped 23%. Many big tech companies fell more than 10% off their 2021 peaks.

The fear of interest rate hikes coming sooner than expected due to the reopening of large economies later this year has contributed greatly to the continuous decline in tech stock prices. Higher interest rates are generally bad for stocks. However, analysts consider the corrections “healthy” because many tech stocks today are seen as overvalued.

Trade these stocks and over 200 symbols with 20% OFF from March 15 to April 28. You might just get up to $2000 cashback just by trading your favorite symbols!