You are at:Home»Analysis»AUD and CAD Falling Down Sharply. What’s Next?

The Australian dollar and Canadian dollar are often called “commodity currencies”. That’s why you can see a correlation between their price and the price of commodities like oil or iron ore. Let’s take a look at what’s been going on with AUDUSD and USDCAD recently. 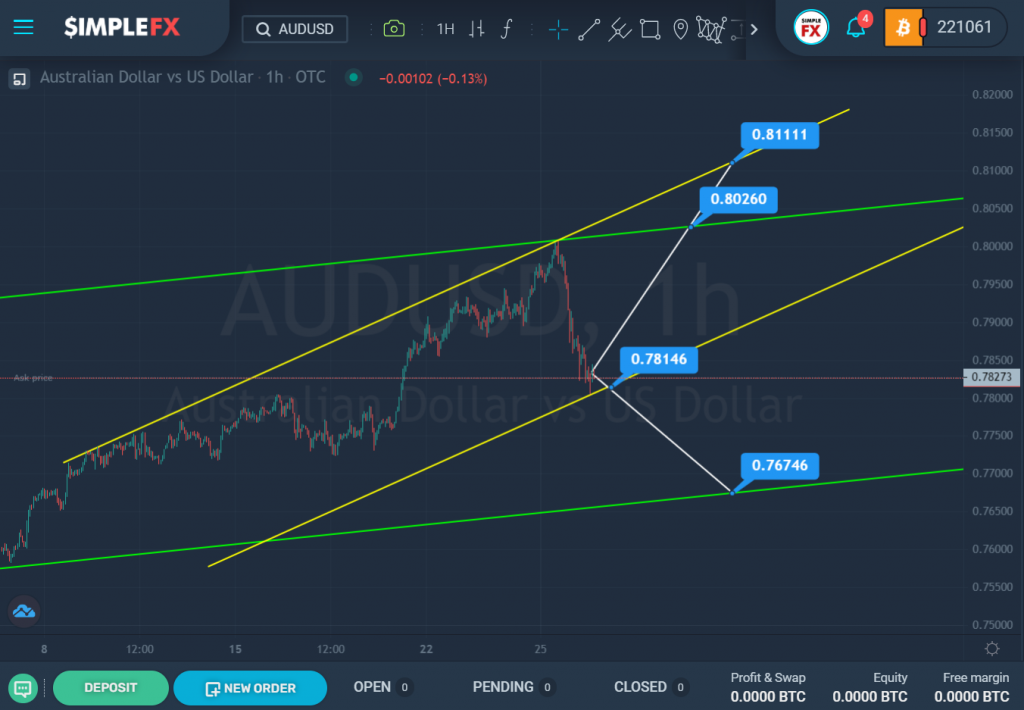 At the time of writing, the AUDUSD currency pair is forming a bullish trend that moves within two channels: green and yellow.

Most recently, the price has reached the upper green line at the point where it intersects with the upper line of the yellow channel. After that, the bulls retreated, and we saw a bearish decline in the currency pair. 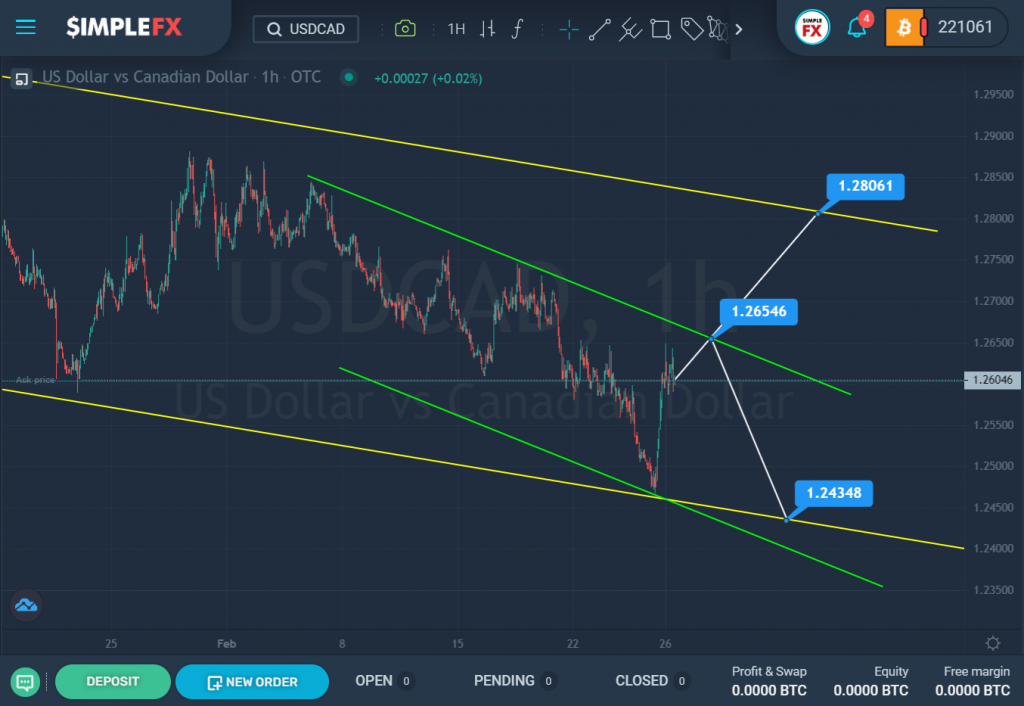 The USDCAD currency pair hints at the construction of a major downtrend. It moves inside the yellow channel, and the last section of the chart describes a small green channel.

Over the past month, the price has been gradually declining and recently touched the lower lines of the yellow and green channels. Then we saw a sharp jump.

However, if the resistance level of 1.265 is not broken, then we expect a price decline to the lower yellow line and the support level of 1.243.