You are at:Home»Updates»PlayStation 5 Released: Will You Go Long or Short on Sony Stocks?

Sony Entertainment rolled out PlayStation®5 in Europe and the UK. How are the Sony shares performing?

A wave of gamers wanting to buy PS5 caused online stores like Tesco, John Lewis, and Game to crash for a few hours. Demand was overwhelming! The high-end gaming console features ultra-high-speed SSD, 4K-TV gaming, and up to 120 fps and 120 Hz output. No wonder gamers can’t wait to get their hands on them. 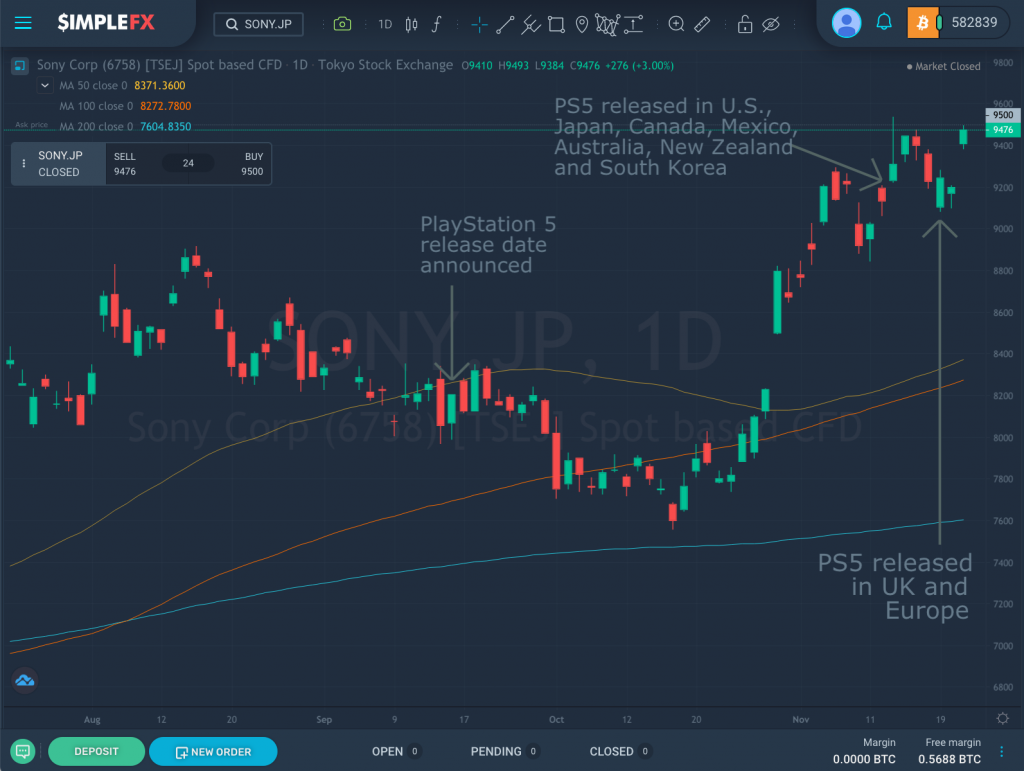 Sony shares is up by 17.45% since PS5 announcement, SimpleFX WebTrader

Since the PS5’s official announcement, Sony shares gained 17.45%. Sony released PS5 to 65 countries with a simultaneous release of Microsoft’s Xbox Series X and S consoles, thinning demand as noted by Bloomberg. The new console will benefit Sony shares, and it will go hand in hand with Sony’s strengthening gaming services like PlayStation Plus and the PlayStation Now.

Analysts predict that the company can make up for its weaknesses and stabilize after the pandemic. Afterall, Sony shares stay cheap relative to its growth. Thus, hitting fresh high in this quarter is possible.

Don’t miss the Black Friday promo this week. Opt in to the promo, make a deposit, and trade on November 23–30 to grab up to $100 Tether reward!