You are at:Home»News»Tesla Up Again on the News about the S&P 500 Inclusion

This is a groundbreaking announcement and a big achievement by Tesla’s founder and CEO Elon Musk. The company will join the S&P 500 index. You can trade both Tesla stock, which gained 14% yesterday, and SPX500 with SimpleFX Webtrader. The rise in the value of Musk’s company comes from the $51 billion trade by investment funds.

With a capitalization of over $430 billion, the largest automaker in the world, and the top 12 US public companies, it comes as no surprise that the S&P 500 is the right place for Tesla. However now we know the formal date when it is going to happen – December 21. 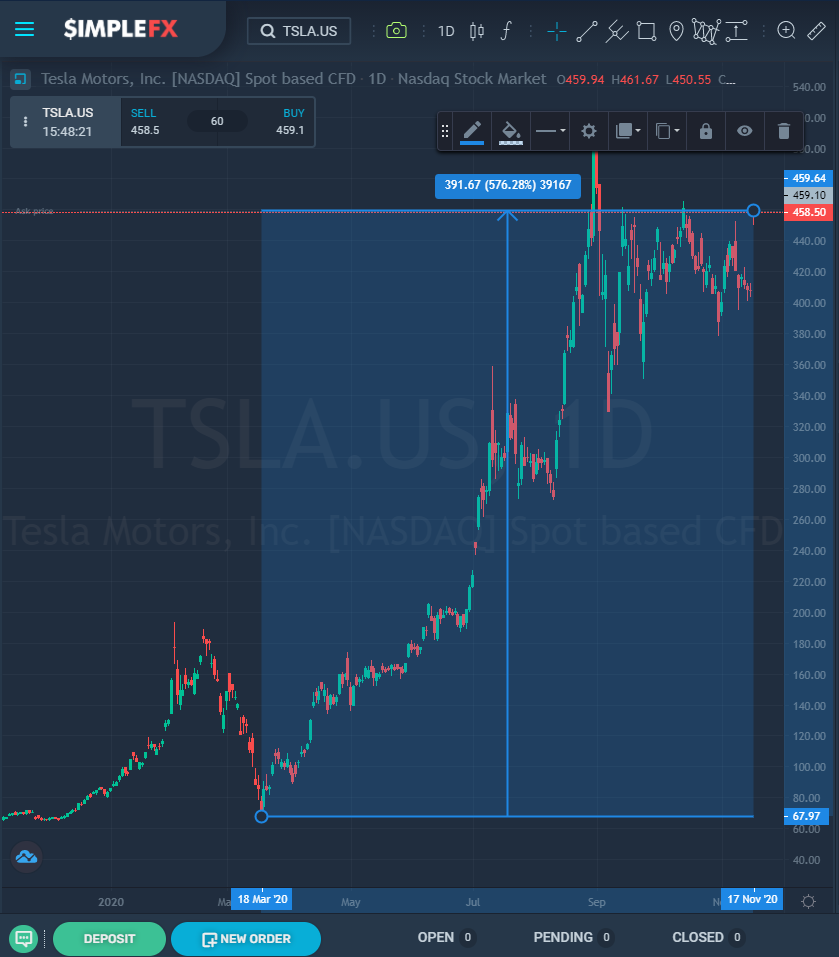 Tesla is up 576% since mid-March and doesn’t seem to stop.

The trick is in the rules that govern the largest American investment funds. Tesla is big enough to become one of the most significant contributors to the S&P 500 value. The addition itself will be the largest in the decade. At the moment electric car manufacturer’s value is higher than 95% of the index components at the moment.

The above-mentioned bug investment funds are obliged to have a balanced portfolio of the US stock market. As a result, they will have to sell what is estimated to be over $50 billion worth of other S&P 500 stocks, and buy Tesla shares for the same amount.

Tesla stock may go up in the days following the inclusion to the S&P 500. In 1999 we had a similar situation when Yahoo announced it was going to be added to the index. In just five days of trading, the shares went up by 64%. We’ll see if Tesla is repeating this performance or will some big short-sellers benefit from the stock being overpriced.

Trade accordingly. The US stock markets are open already, and Tesla is up again 🙂