You are at:Home»News»Biden Wins Presidency: What It Means for The Markets

The long wait is over – Joe Biden is now the president of the United States of America!

After 4 tense days, Biden was proclaimed President on Saturday after winning the key state of Pennsylvania and getting 279 electoral votes. With Trump out, what should we expect from the markets?

Biden has been strongly advocating for environmental policies throughout his campaign run. He even plans his own version of a “Green New Deal,” which Democrat senators are proposing in the congress. He also promises to undo Trump’s move to opt out of the Paris Climate Accords.

Stocks under the alternative energy sector like First Solar and Tesla could heavily benefit from a Biden regime.

Everyone is preparing for the possible “Blue Wave” where Democrats are in control of both the executive and legislative branches. Things could end up sideways for major indices if the Democrats do not get control of the Congress.

Although we could see a less bloody trade war with China, Biden’s policies to raise taxes and minimum wage will likely reduce the chances of big gains in major indices due to some pushback from a Republican-led senate. 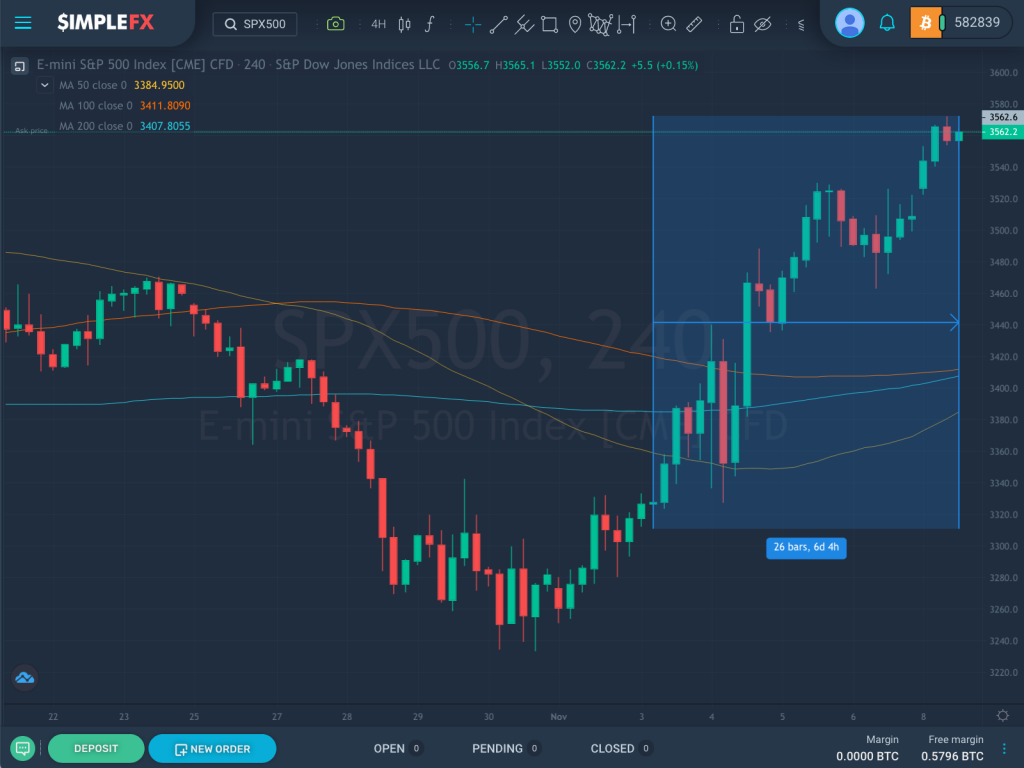 The fate of the Congress will rest on the battle in Georgia come January.

If Biden manages to lift the US economy and keep the COVID-19 outbreak in the US under control with his health policies, we may see investors taking more risks and cashing out their gold for shares. With Biden’s environmental policy thrust, demand for crude oil will slow down and oil prices could see further downtrends soon.

More stimulus package after Biden takes over the White House could make an uptick in Bitcoin prices. Another major trigger on trend projection is who he appoints into key executive positions especially in the U.S. Treasury Department. As of writing, Bitcoin is trading at $15,449 since election day, and the crypto market has a highly positive sentiment overall. 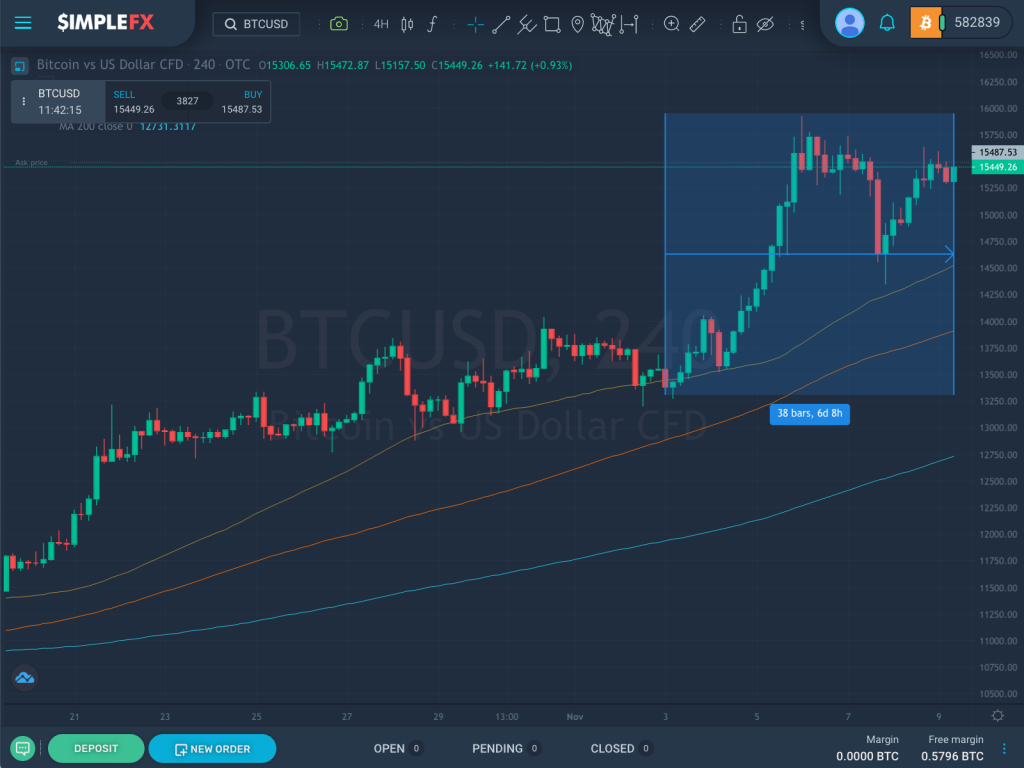 Although Biden has won the Presidential race, Trump has no plans of handing it to him gracefully. Even before the election day, Trump has voiced his intentions to fight for the presidency if he loses.

True to his words, he plans to take the election results to the Supreme Court and to overturn the outcome. This could mean a stormy 2 months for the markets.

Plan your strategies well and profit huge from the volatility ahead. Good luck!