You are at:Home»News»The US Election Results Can Make or Break These Big Market Players

The US election is less than a month away, and Joe Biden is leading the national polls for the presidential seat. But this does not grant him a landslide win. As we have seen in the 2016 elections, sitting President Donald Trump has a knack for winning.

With all the uncertainties, let’s take a look at how the election outcome will affect sensitive companies that stand in the line of fire of Trump’s and Biden’s policies.

One of Donald Trump’s agendas when he took office in 2016 was pushing his protectionist position on US economic affairs. He vowed, repeatedly, to bring back jobs to America and to make “America great again.” This has led to a growing trade dispute with one of America’s primary trade partners: China.

Since 2018, China and the US have been engaged in a trade war that has put a lot of strain on the US–China relationship and their respective economies. If Trump wins another term, the trade war with China is bound to continue. This would put Alibaba stocks, one of China’s tech giant companies trading in the US stock market, in a tight spot.

Even now, Trump’s administration is putting pressure on Alibaba’s finance arm, Ant group, just before they are poised to go public in the Hong-Kong and Shanghai stock markets. At present, Alibaba is trading at $307 with a 41.72% gain this year so far. 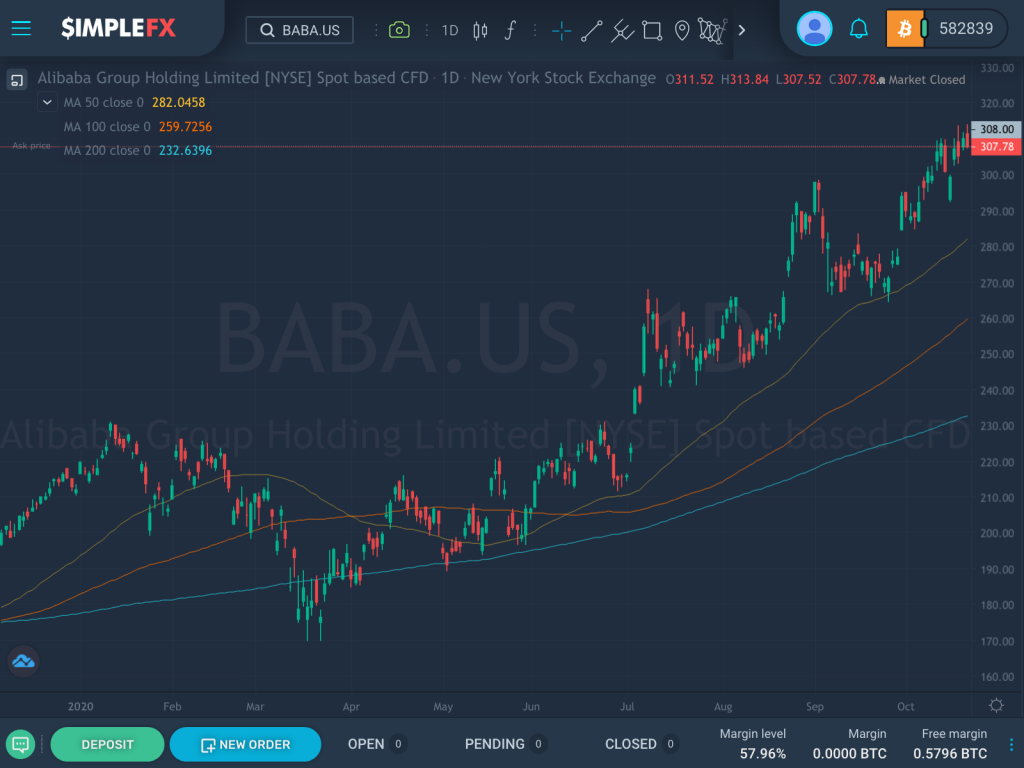 Does Biden promise better? Biden’s camp has criticized the Trump administration’s mismanagement of the US–China trade war but have voiced little support in prioritizing foreign trade to amend relations with China. Instead, his democratic camp has expressed improving domestic competitiveness and improving the US labor market before talking about foreign policy.

Meanwhile, JPMorgan stocks have outperformed near the end of 2019 and had the most gains from April 2016 to March 2017 following President Trumps’ surprise win in the 2016 election. Bank stocks are also expected to benefit from Trump’s corporate tax cuts and deregulations of financial stocks.

If Biden wins the presidential seat, ExxonMobil stocks could face heavy pressure as the Texas-based oil giant will need to switch from oil production to more renewable energy sources like solar and wind.

ExxonMobil has repeatedly expressed that the company has little interest in producing renewable energy due to low profitability, but the switch may be crucial if Biden wins the election.

In the tech scene, major players like Facebook and Apple are also supporting initiatives towards carbon footprint reduction with their release of environmental progress reports and public commitment to reducing their respective carbon emissions in the near future.

It is still too early to tell who will win the presidential elections this coming November 3, but Trump’s and Biden’s campaign platforms and policies are sure to rock the foundations of economic players one way or another.

Take advantage of the volatility around the US election. At SimpleFX, you can trade major instruments with up to 500x leverage to maximize your profit reach!