You are at:Home»Updates»Profit from the US Election: Trade USDJPY and Win Prizes

In-person voting already began with Trump and Biden ended up tying the polls in Georgia. The Democrats are leading the race there too. Florida had a record number of 366,000 ballots casted on Monday, which is 18% more than that in the 2016 election.

As the US election voting resumes, talks about the fiscal stimulus go stale. The US dollar rejoices as this will fortify the greenback while reducing the number of floating dollars in the market. As a result, the USDJPY pair dropped last week when the discussions on fiscal stimulus slowed to an impasse.

Yesterday, the USDJPY made a sharp fall below the psychological level at ¥105. It is likely that a downside trend will continue with the ongoing stimulus talks. However, should a reversal north occur in the near term, the currency pair could surpass the resistance level formed by the 50-, 100-, and 200-day simple moving averages. 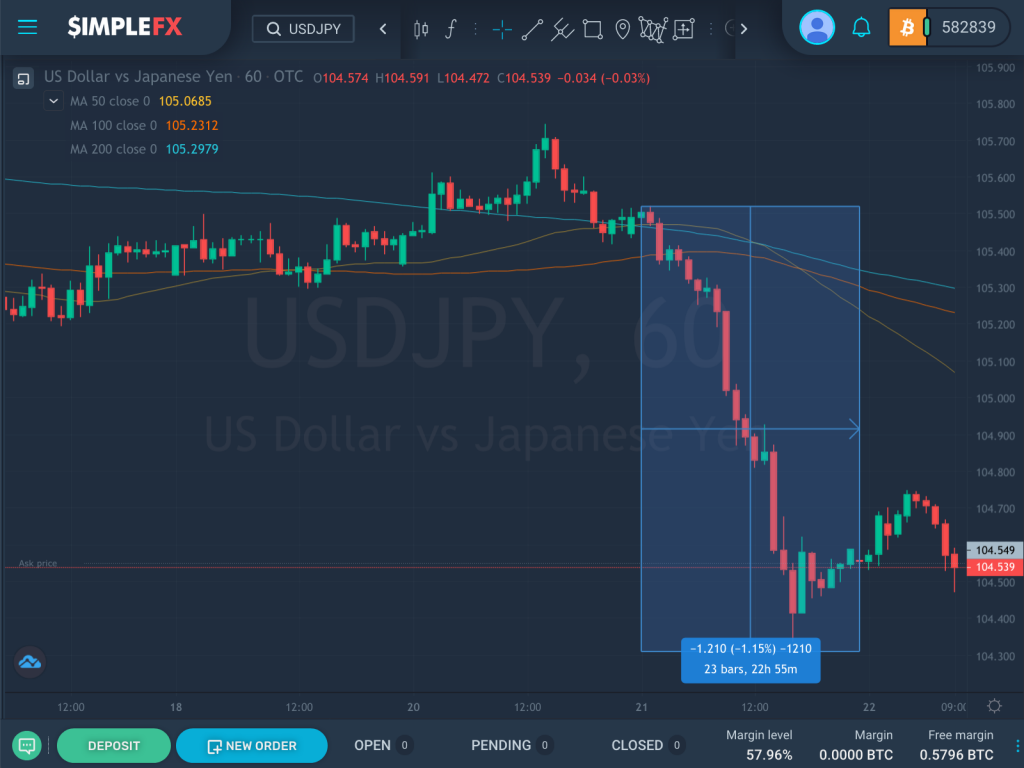 The ongoing US election voting could redirect the price moves of major currencies. The USDJPY takes a seat in the list of the hot currencies to trade these coming weeks.

Trade USDJPY on SimpleFX and push your profits higher! With CFDs, there is money in both rising and falling markets.

Next week, we will run the last contest in the $2000 SimpleFX US Election Trading Cup. This is your last chance to grab more from the US election volatility.

To join the USDJPY Trading Contest, just trade USDJPY on SimpleFX from October 26 to November 1. A total of $500 will go to the top 20 traders with the highest trading volumes.

Make sure to study the charts well and generate huge profit on the price swings. Put on your winning caps and start planning your strategies.