You are at:Home»Uncategorized»The simple basics of Bitcoin trading

Over the years, both Bitcoin traders and investors have benefited from the currency’s movements. For example, in the past five years, Bitcoin’s price has soared by more than 4,500%. As shown below, this performance has been significantly better than that of equities and precious metals like gold and silver. 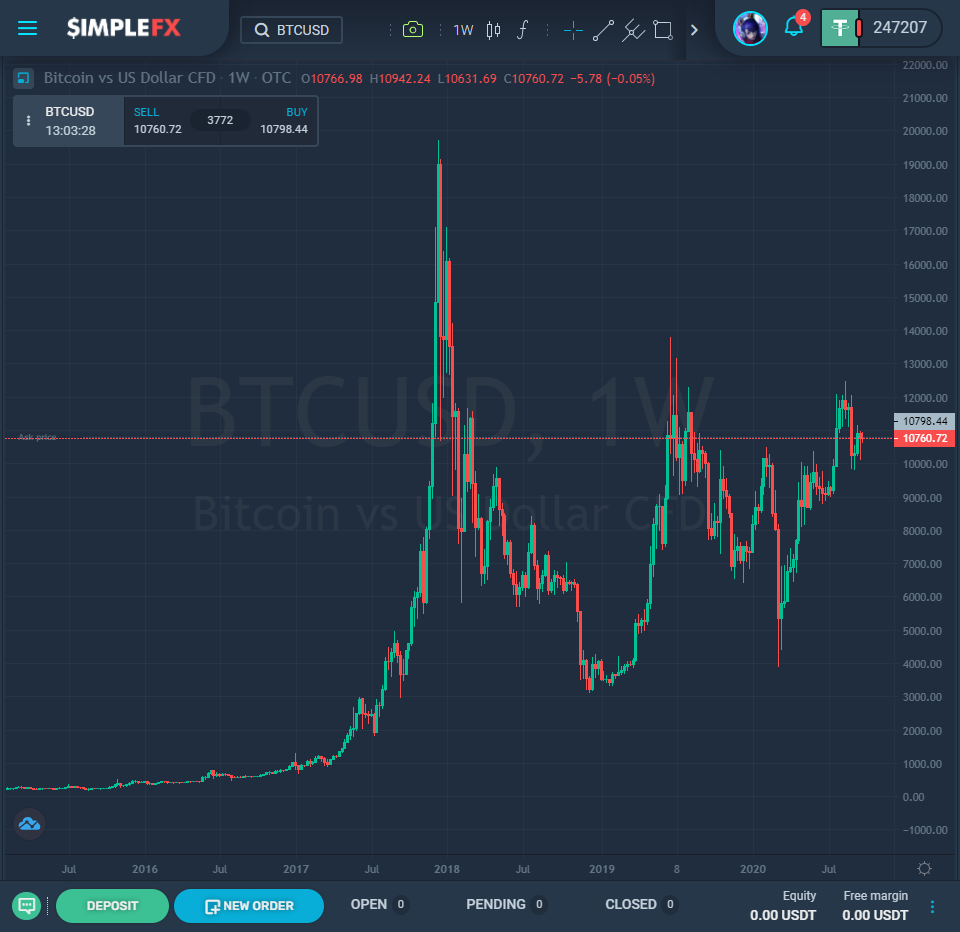 However, Bitcoin tends to be more volatile than other financial assets, which is why more people prefer trading it. For example, the price fell from almost $20,000 in December 2017 to $3,180 in December 2018. Also, it is not uncommon for the price of BTC to rise or fall by more than 10% within a day.

So, from a historic perspective, both Bitcoin traders and investors have made money. As such, most industry watchers advocate for a hybrid approach of setting aside some money in BTC investments while trading the rest. In this, the invested funds will benefit from the long-term upward trend of Bitcoin’s performance while the traded funds will benefit from the short-term volatility.

To be a successful trader, you need to have a good understanding of what moves the currency in the short term. This understanding will help you understand the historic price movements and anticipate future trends.

First, like other financial assets, Bitcoin price moves mostly because of news of the day. In most cases, positive news tends to push the price higher. Positive news could be about regulations or a positive statement by an influential figure.

Second, central banks’ policies can have an impact on the currency’s price. For example, the price tends to rise when the Federal Reserve turns increasingly dovish. That is because a dovish and highly accommodative Fed usually leads to a weaker dollar and hopes of higher inflation.

Third, the Bitcoin price tends to be affected by the overall performance of the market. In most cases, it falls when the overall financial market falls. Other factors that affect Bitcoin price movements are technical and the overall demand and supply.

How to trade Bitcoin

There are three broad ways that people trade Bitcoin. The most basic one involves buying the currency from an exchange and selling it. The other approach is to trade Bitcoin contracts-for-difference (CFDs) from an online broker. This is the most popular approach since it does not involve holding physical Bitcoins. Finally, you can trade Bitcoin futures and options contracts. In the future, once regulators allow it, it will be possible to trade Bitcoin exchange-traded funds (ETFs).

After finding a broker, the next easy step is to deposit your funds. Most brokers accept all methods of deposits, including credit cards and wire transfer.

In fundamental analysis, you look at key market news and other events that are likely to affect the currency’s movement. On the other hand, technical analysis involves looking at the charts and deciding whether it will go up or down. Technical indicators like the Relative Strength Index (RSI), Donchian channels, and moving averages can help you in this analysis.

In addition to these, chart patterns like triangles, wedges, and pennants can help you predict the future direction of Bitcoin. Candlestick patterns like the hammer, engulfing, and morning star can help you in this analysis. In other words, if you are a new trader, it is recommended that you spend a substantial amount of time learning about how to conduct this analysis. Most importantly, because of the volatility involved in Bitcoin trading, you should learn how to manage your risk efficiently.

Bitcoin has become an important player in the world economy. Today, the currency is used and traded by millions of people from across the globe. This has led to thousands of crypto millionaires and a class of relatively rich young people. However, millions of people have also lost a fortune trading the currency. Therefore, if you are starting, we recommend that you spend a lot of time learning how it works and how to manage your risks in the industry.