You are at:Home»News»How Will the Markets React to the First Trump vs Biden Face Off?

The much-awaited Trump vs Biden clash in the first US presidential debate is scheduled on September 30 at 01:00 UTC (or 21:00 ET on September 29) at the Case Western Reserve University in Cleveland, Ohio. Major political events like this will rattle the financial markets in all directions. Investors and traders brace themselves for the effects of possible results.

Trade the US election by joining the $2000 SimpleFX US Election Trading Cup. Earn more rewards by trading the hottest symbols that will get the most impact.

The first US presidential debate will cover a range of topics that will be split into six 15-minute segments. Although the segments may change based on “news developments,” they will likely focus on key topics such as COVID-19, the economy, Trump and Biden records, the Supreme Court, election integrity, and race-based violence.

There are many concerns regarding the impact that this election and subsequent presidency will have on various markets. Currently, analysts are divided in their opinions for the short-term future of stock trading. CNBC conducted a poll of stock market analysts and 70% are predicting that Biden will win the election. Half of the analysts believe that the SPX500 will experience a decline after the election, irrespective of who they think will win.

There is concern from both Europe and the United States that the current economic downfall is starting to have too much of an effect on the EURUSD pair. While the United States has struggled through the COVID-19 pandemic, the economies of European countries have fared better so far. The euro is now at $1.16 and gained 3% in value this year, which has created a difficult position for manufacturers in many countries like Germany that rely heavily on exports. 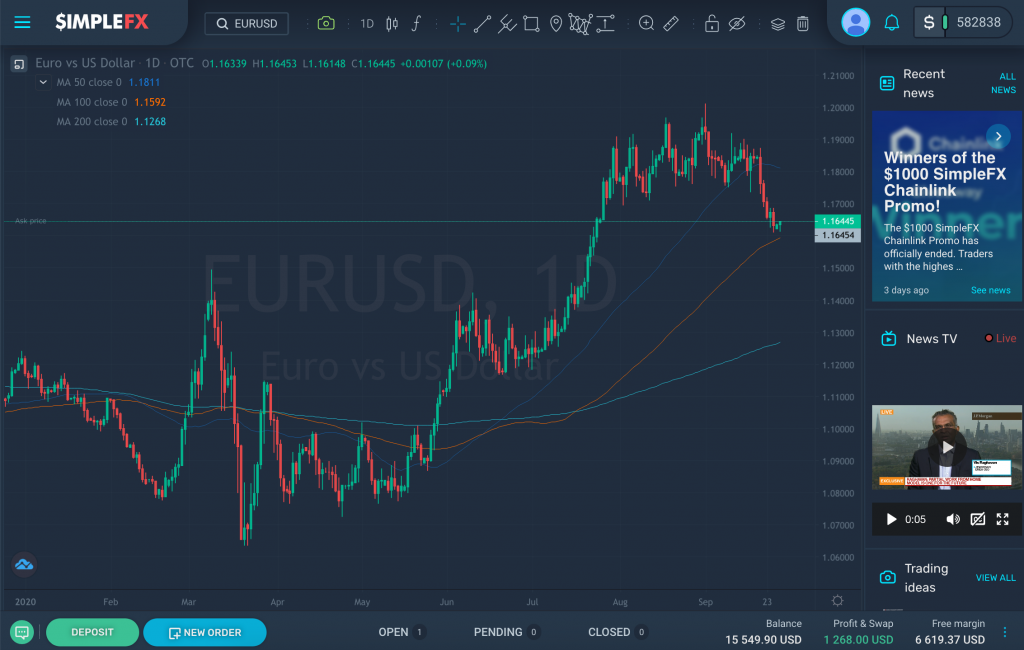 Foreign exchange analyst for the Macquarie Group, Gareth Berry, believes that the dollar will sink even further after the election. He also believes that this creates an excellent opportunity for the Japanese yen to thrive. The only concern that Berry has with a strengthening Japanese yen in the global market is the fact that Japan’s pension fund industry has been diversifying from their native currency, leading to an uneven outflow at a rate that is not sustainable for global investment in the long term.

Traditionally, gold (XAUUSD) tends to fare positively in the lead up to the election, when political and economic uncertainties are peaking. Investors turn to this “safe haven” asset, which is more capable of retaining value compared with others. This will bottom out around February next year, as the inauguration of the next president leads to greater stability and a new wave of economic policies. Due to the economic depression caused by COVID-19, gold has already gained almost 30% this year.

In a recent press conference, President Trump has sparked controversy when he said that he will refuse to commit to a peaceful transfer of power if he loses the election. When asked by a reporter what he would do if it happens, he refused to agree to the democratic process, instead stating “we’ll have to wait and see.” He further backed this statement up by suggesting that the result from the mail-in voting is susceptible to “massive fraud” and that a solution would be to get rid of the process – “Get rid of the ballots, and you’ll have a very, you’ll have a very peaceful, there won’t be a transfer, frankly, there’ll be a continuation.”

Volatility will be high. Informed margin traders will get the upper hand as they analyze the effects of each key event leading to the US election on November 3. Trade the US election and see your profits get magnified.

Join the $2000 SimpleFX US Election Trading Cup and get the most out of trading highly valued symbols on the market. Traders of S&P500, gold, EURUSD, and USDJPY can earn exciting prizes on top of their trading profit. Not yet on SimpleFX? Create your free trading account today and start trading with up to 500x leverage. No commissions and no minimum deposits required. See you there!