You are at:Home»Analysis»Trading CADUSD and NDX100 this Week Should Be Fun

The US dollar is gaining ground along with Wall Street. Today we take a look at trading the greenback against its neighbor – the Canadian dollar. Take a look at our early-week analysis of two hot assets tradable on SimplefX – USDCAD, and NDX100. Make sure you keep an eye on these two. 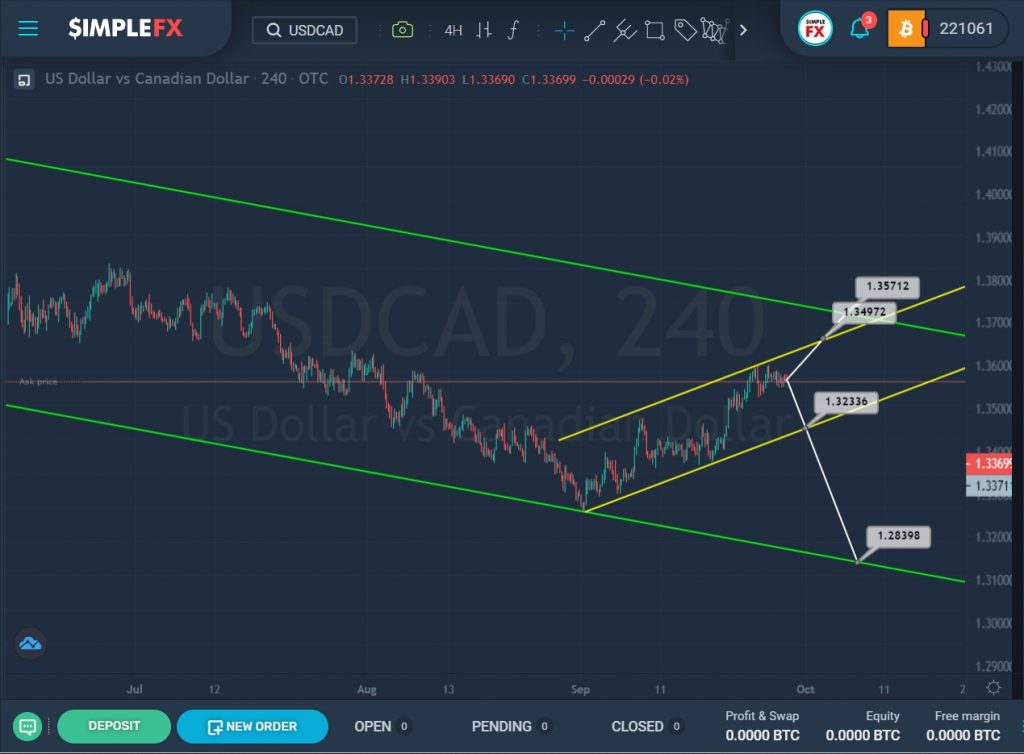 The current USDCAD structure shows a downtrend that moves inside the green channel.

Not so long ago, the price pushed off from the lower green line, and we saw the development of an uptrend that describes a small yellow channel.

However, there is another assumption.

Since the market has already approached the upper yellow wall several times, but failed to break through it, it is likely that the bulls do not have enough strength to push the market up, so the bears can take the initiative and lead the price in a downward direction. The first target is on the support line of the yellow channel – 1.323. If the bears can break through it, they will open the way to the lower green wall and the support level of 1.283. 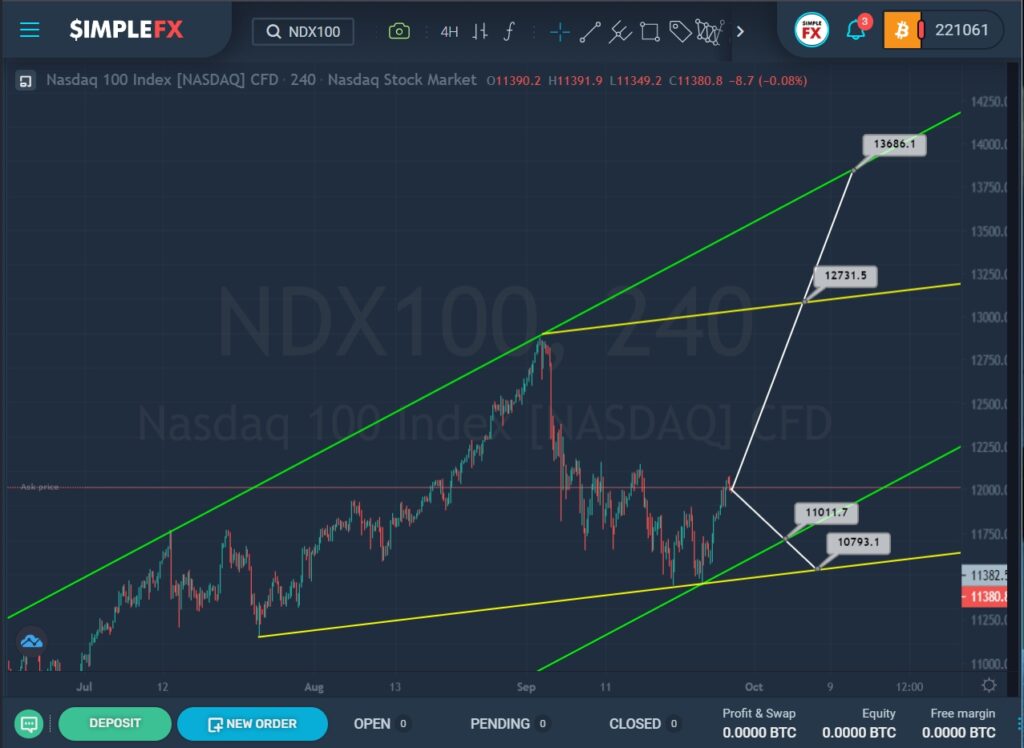 The current NDX100 formation hints that after the price touched the upper green wall again, the market started forming a yellow channel, which is approximately equal to the green channel in size. Then we saw a rapid decline in prices to the intersection of the lower walls of green and yellow channels.

Alternatively, the market is expected to decline again to the lower green line and the support level of 11011, then, in the event of a break of this level, the decline may continue further to the 10793 area, which is on the lower yellow wall.