You are at:Home»Analysis»Keep an Eye on USDJPY and LNKUSD this Weekend

Japanese yen is one of the hottest major currencies on forex. Over last days it appreciated against dollar and presents some nice opportunities for margin traders.

At the same time on the cryptocurrency market, DeFi star Chainlink has lost its August momentum and dropped from $20-,000 to $10,00. However, the coin is a great asset for day trading, as it’s volatile and sensitive to all news about the DeFi market.

The current USDJPY structure shows a downtrend that moves inside a large green channel.

After rebounding from the upper green line, we saw the formation of a new yellow channel.

The price is now approximately in the middle of the green channel and at the lower line of the yellow channel.

Alternatively, it is expected to rebound from the lower yellow line and form an uptrend near 106.79, which is on the upper green line. Then, when this price level breaks, we expect growth to the next resistance level of 107.46, located on the yellow line. 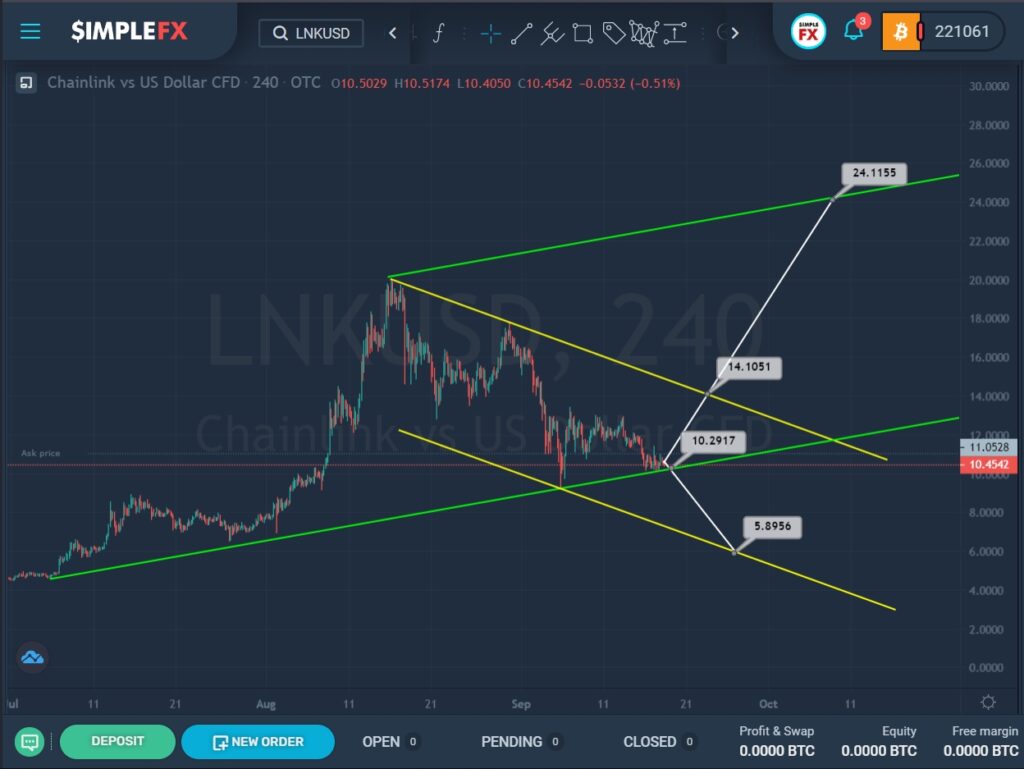 The current LNKUSD structure indicates that after the formation of a strong uptrend that moved inside the green channel, we saw a gradual decline, which can be described by the borders of the yellow channel.

The price pushed off from the upper line of the yellow channel, then approached its lower yellow wall. After that, the bulls attempted to go up, but the bears once again pulled the price to the lower green line and the support level of 10.29. If bears can break through this level on a green line, they will open the way to the bottom of the yellow wall and the support level of 5.89.

However, if the lower green line is not destroyed by the bears, we will see the price move in an alternative scenario. Bulls are expected to rise to the upper yellow line and the resistance of 14.10. Then, if this price level is broken, the bulls can continue to grow to the upper line of the green channel and the resistance level of 24.11.