Gold and silver prices fell sharply yesterday, but have already started to recover. This only makes things more interesting for SimpeFX traders, as open more possibilities to leverage the right orders. NYSE ended Thursday trading in the red as well. S&P 500 lost 60 points after a very volatile trading session. Take a look at SimpleFX outlook for the next hours and days, and trade accordingly.

XAUUSD has been forming an uptrend for a long time, which moves inside the yellow channel.

Recently, gold pushed off from the upper line of the yellow channel and began to move in a downward direction, forming a new green channel. If the market continues to move further down, and the bears can break through the support level of 1902.23, which is on the lower green line, then XAUUSD will open the way to the lower green wall and the next support level of 1736.87. 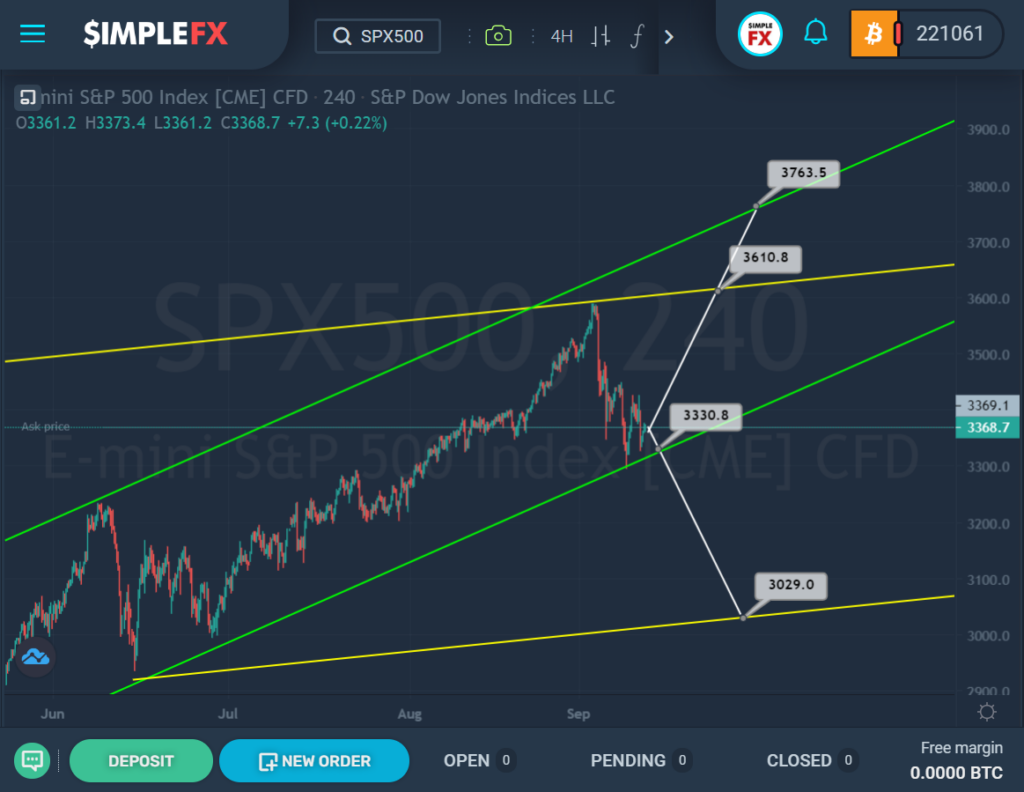 The current SPX500 structure indicates that the market is moving within two fairly large ascending channels. For a long time, the price moved from the lower line of the green channel to the upper yellow wall, from which we saw a rebound and a repeated decline to the lower green line.