You are at:Home»Analysis»What’s Next for BTCUSD and Other Crypto?

BTCUSD dropped over 16% last week. Cryptocurrency hodlers were sweating when bitcoin prices dropped below the $10,000 threshold. Fortunately for them, it quickly recovered. 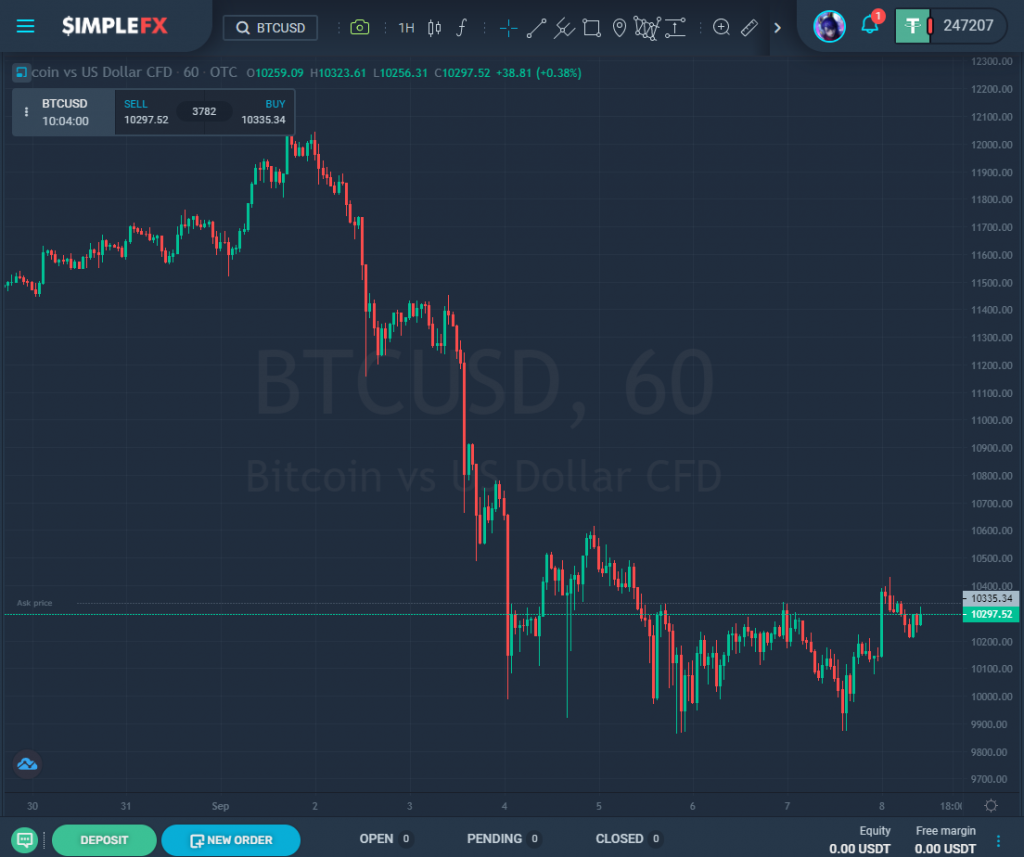 The volatility on the cryptocurrency market is welcomed by SimpleFX margin traders. Once again bitcoin, ethereum, litecoin, and ripple can give you substantial returns in just hours of trading. 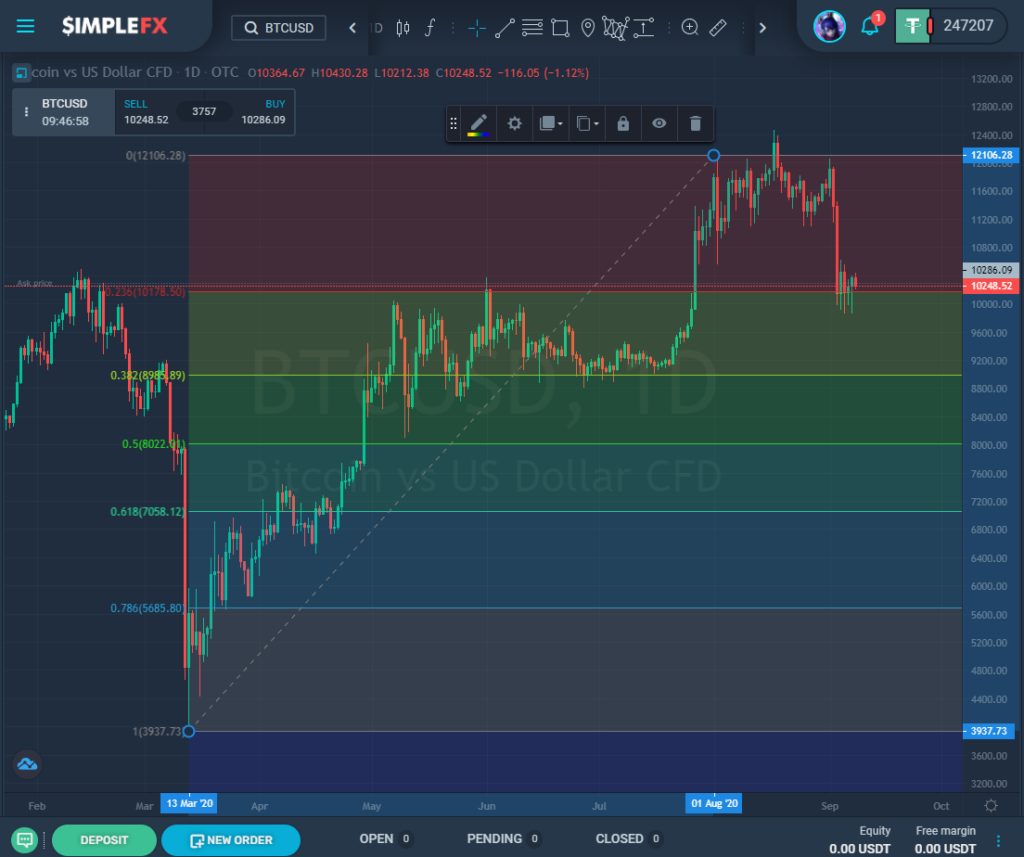 Looking at the bitcoin 2020 chart you can see that the drop may be a retracement, however, a trend reversal is always a possibility.

The recent drop opens the possibility of cryptocurrencies’ value disappearing again. If such a scenario happens, shorting bitcoin and altcoins may prove a great move. However, there’s still a large group of wealthy investors, who will gladly accumulate more crypto at the right price. What is the right price? Nobody knows.

What are the possible reasons behind the bitcoin crash? First of all the US dollar began to recover from the decline it experienced in the last weeks. Bitcoin’s appreciation was partly caused by the weakening dollar. Second, the economy seems to be doing better, and no further stimulus or other monetary support may be needed. Remember that bitcoin is often treated as the new gold, so long-term investors see it as a great alternative to the fiat currency system. 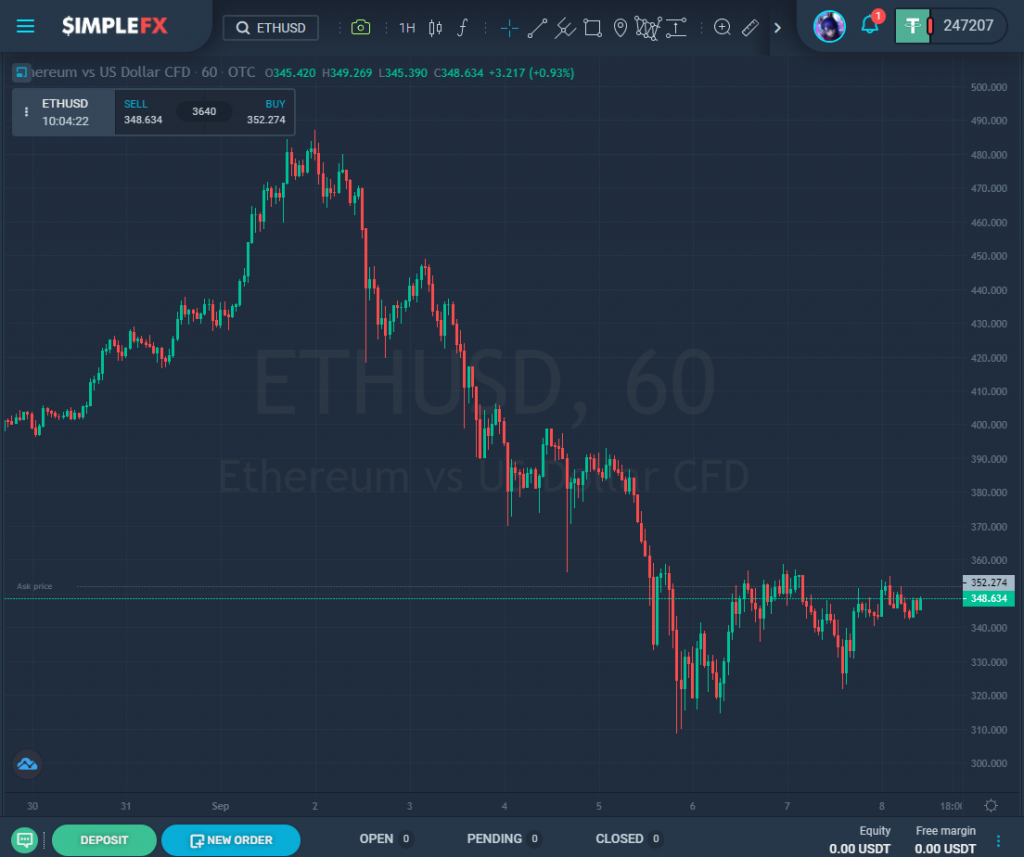 Ethereum price changes are even higher, and the altcoin show signs of trending.

Make sure you watch closely the political debate in the US, and the possibility of printing more money to save the economic growth and pump up the stock market. Later in September, the US Congress will meet to discuss the aid packages that may amount to a few trillion dollars (!). However, nobody knows how long printing money can go before it triggers inflation.

This week is going to be critical for bitcoin. We expect the prices to go up and down touching the $10,000 resistance for a while, but at some point, it should either breakthrough or bounce off. Any piece of news can be a trigger. Watch carefully the US dollar, China, rescue packages across the world, news from major cryptocurrency exchanges. First of all, make sure you have an account funded and ready for action.