You are at:Home»Analysis»US Dollar Falling Against the Euro and Other Major Currencies

The U.S. dollar has fallen by 4.23% this year, coming in at a low of 92.13 on Tuesday, markedly down from the 102.99 high seen in March of this year. Analysts expect this trend to continue into next year as America struggles to recover from the economic effects of the COVID-19 pandemic, especially in comparison to much of Europe, which is driving the euro value up. 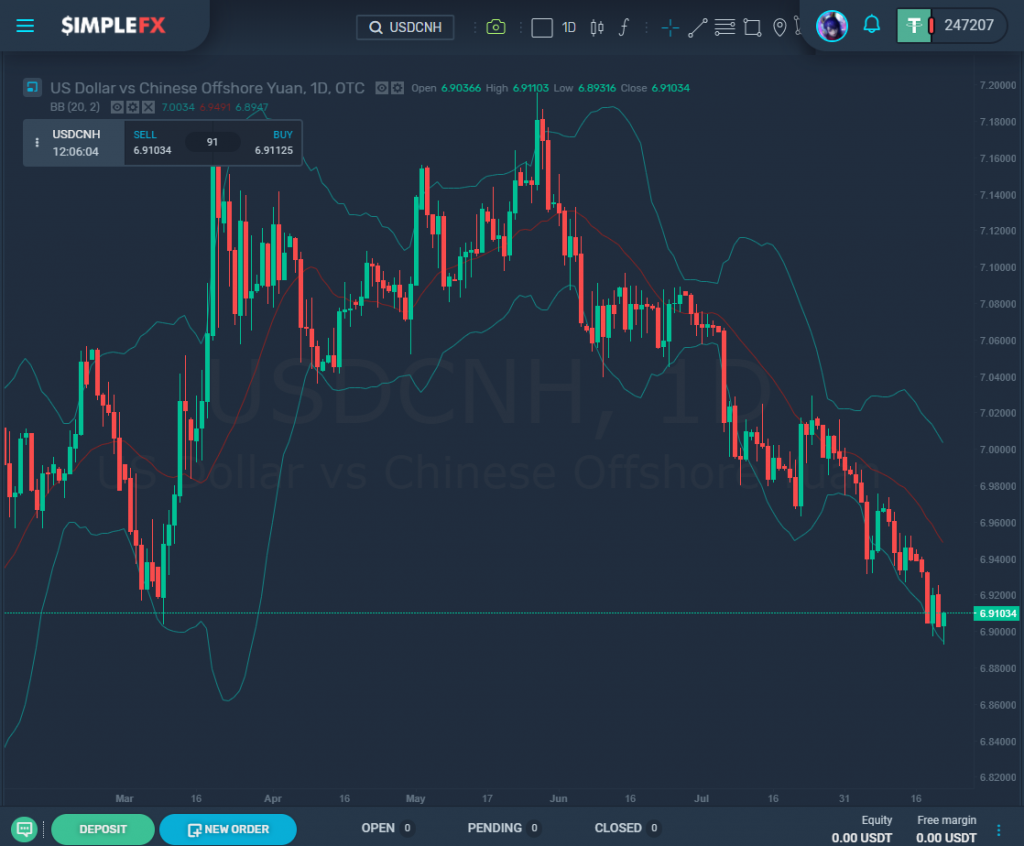 If the dollar does continue to devalue, currencies such as the yen and the euro may become more favorable alternatives. While the dollar has been decreasing, the opposite has happened to other currencies. The euro’s value increased by 5% in July, making the most considerable monthly growth for the money in over ten years. Although analysts do not predict this kind of trajectory to continue, it is believed that conditions will remain favorable, and the euro will end the year on a high. 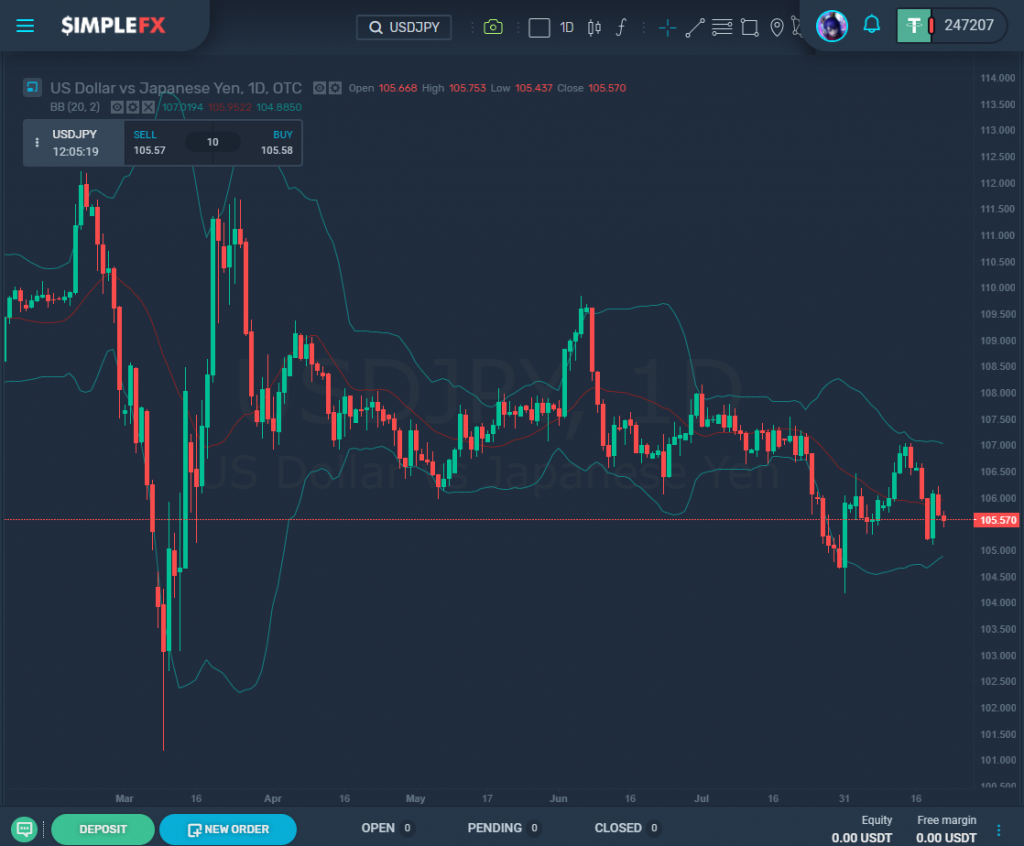 Although the Japanese economy is in shambles, USDJPY is in a benign downtrend.

This is not the first time that the value of the USD has fallen drastically. The greenback’s first bull cycle was ended in 1985 when the United States signed the Plaza Accord. This was an agreement between the United States, the United Kingdom, Germany, Japan, and France. It intended to devalue the U.S. dollar compared to the Japanese yen and the German Deutsche mark, creating a more favorable trade relationship between the countries.

The U.S. dollar had more than doubled in the five years leading up to the Accord, and all of that growth was lost. The dollar’s second bull run began in 1995 and continued until 2002 when President Bush chose to weaken the currency to improve manufacturing and exporting opportunities. As a result, the U.S. dollar fell 33% by global standards. 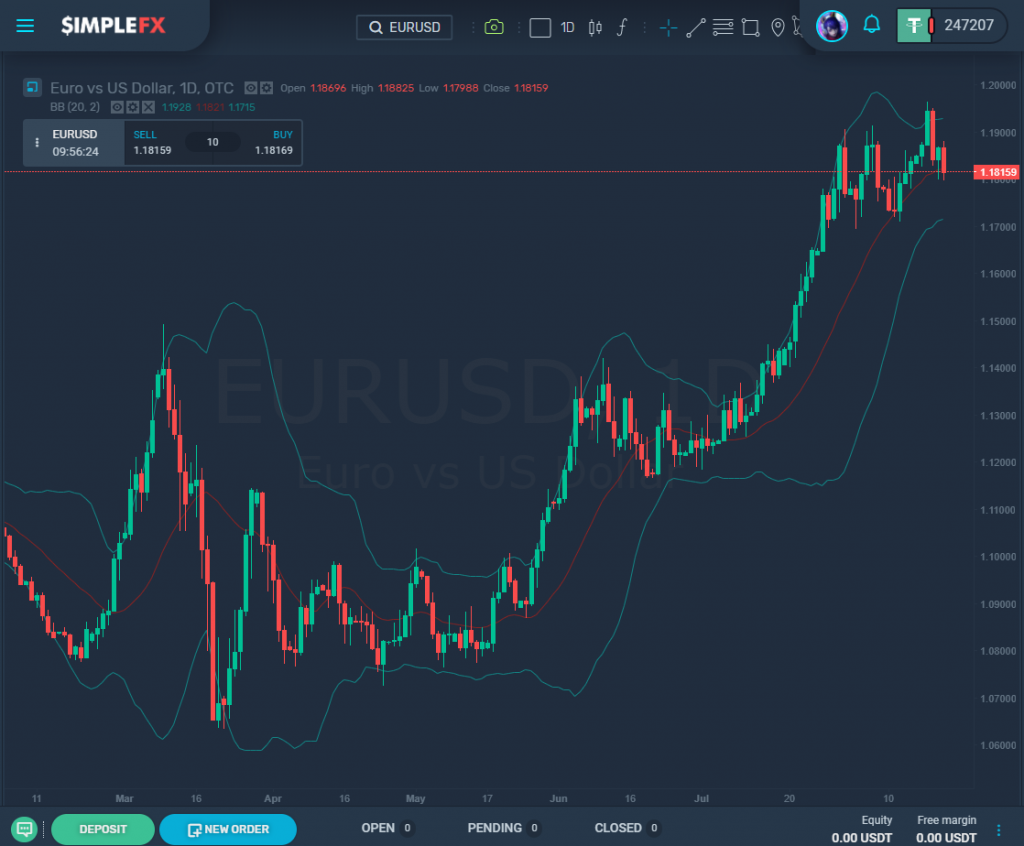 Euro is appreciating against the American dollar.

Ongoing tensions with China may lead to a further drop in the dollar as trade relations continue to break down, as officials from both countries agree to reexamine their existing trade agreement. This comes as President Trump continues to attempt to block Chinese-owned apps TikTok and WeChat, and the U.S. government has sanctioned several Chinese officials for restricting political freedoms in Hong Kong.

There is also concern that the upcoming November election will continue to drive the dollar value lower. Gareth Berry, the managing director for Macquarie Group, pointed to previous political events that devalued. Specifically, he noted the 2011 debt ceiling crisis and the 2016 election that saw Donald Trump elected into office. Although there is no solid proof that this will happen again this time around, Berry states that it is still possible, and investors should be aware.

Although the current and short-term climate looks non-favorable for the greenback, according to most experts, some analysts believe it has already reached its bottom value. CNBC’s Jim Cramer thinks that the dollar is further ahead in the cycle than investors believe, and it is almost ready to begin rallying again. Commercial buying and selling activity is becoming bullish again, and this is often a good sign that the dollar will start a consistent rally.