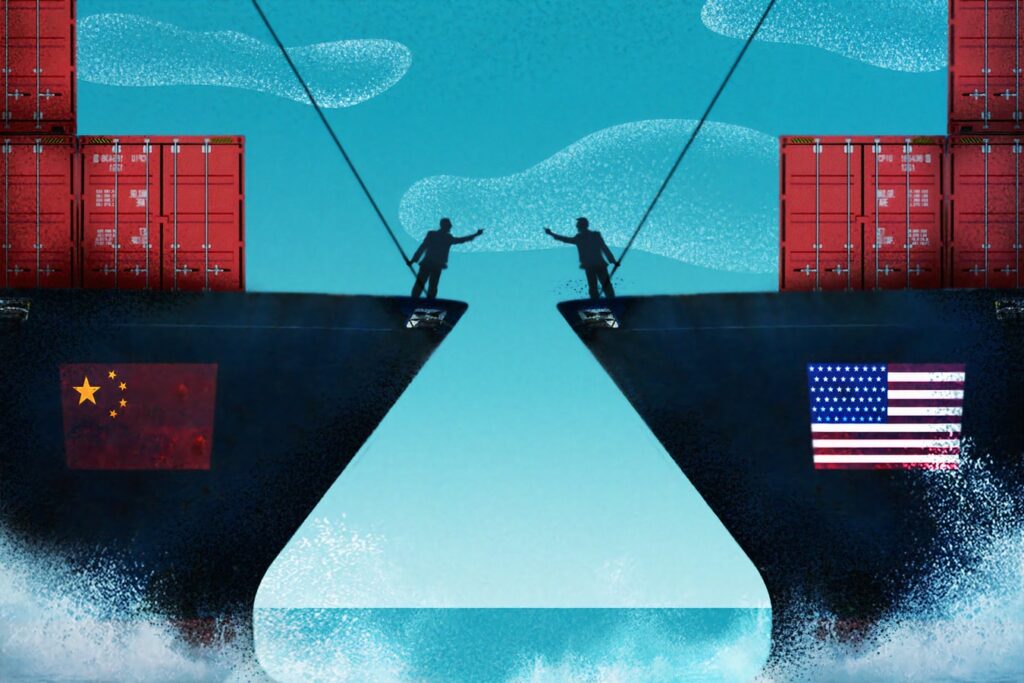 Although tensions between the two countries have been escalating significantly since the beginning of the year, Chinese authorities are now concerned that the United States may be attempting to separate the two economies as much as possible, which would severely threaten the Chinese economy.

There is growing concern that the United States, and their attempt to sever ties to China, might financially cripple them by shutting them out of the global dollar system. China holds over $1 trillion of U.S. debt in yuan, but the United States could freeze or confiscate this. Although unlikely, there is growing concern that China should prepare for it just in case. There is a push to globalize the yuan, enabling it to thrive without the U.S. dollar’s necessary backing.

The U.S. has already attempted to prevent Chinese apps and technology from benefiting from an American audience. Earlier in the week, President Trump announced a ban on the popular social media app TikTok, unless its U.S. division could be bought out by a company that was not Chinese in within 45 days. This move was designed to protect U.S. citizens’ data, as there is concern that information shared on the Chinese app may be accessible to the Chinese government. The government is also pushing for a ban on WeChat, a messaging app that is owned by the Chinese company Tencent. Tencent also holds many gaming companies, including Epic Games and Ubisoft, which may lead to the banning of popular Fortnite and Assassins Creed, resulting in a much broader economic effect.

The United States also sent the U.S. health secretary, Alex Azar, to Taiwan for many meetings regarding Taiwan’s handling of the COVID-19 pandemic last week. These meetings included one with Taiwan’s president. Azar is the highest-ranking U.S. diplomat to visit the country in four decades. This trip was seen as an intentional move against China due to China’s refusal to accept Taiwan’s independence. Azar fueled this perspective by criticizing how mainland China has failed to support the global movement to reduce the coronavirus spread. In one of his speeches, Azar stated, “The Chinese Communist Party has had the chance to warn the world and work with the world on battling the virus. But they chose not to, and the costs of that choice mount higher every day.”

It appears as though China is attempting to de-escalate the growing situation as much as possible. Yang Jiechi, one of the top members of China’s Communist Party, stated that the two countries’ current tensions were limited to a “small group” of American politicians and that the Party was still willing to talk to more extensive government representation. This suggests that China maintains neutrality in an attempt to protect its economy and retain civil relationships with America, especially considering a potential change in leadership after the coming election.