You are at:Home»News»Trump’s WeChat Ban and NFP Should Increase Volatility Today

Washington is taking a strong stance against China. President Donald Trump announced his plans to ban the most popular Chinese apps in the use – WeChat messenger and TikTok video-sharing platform. 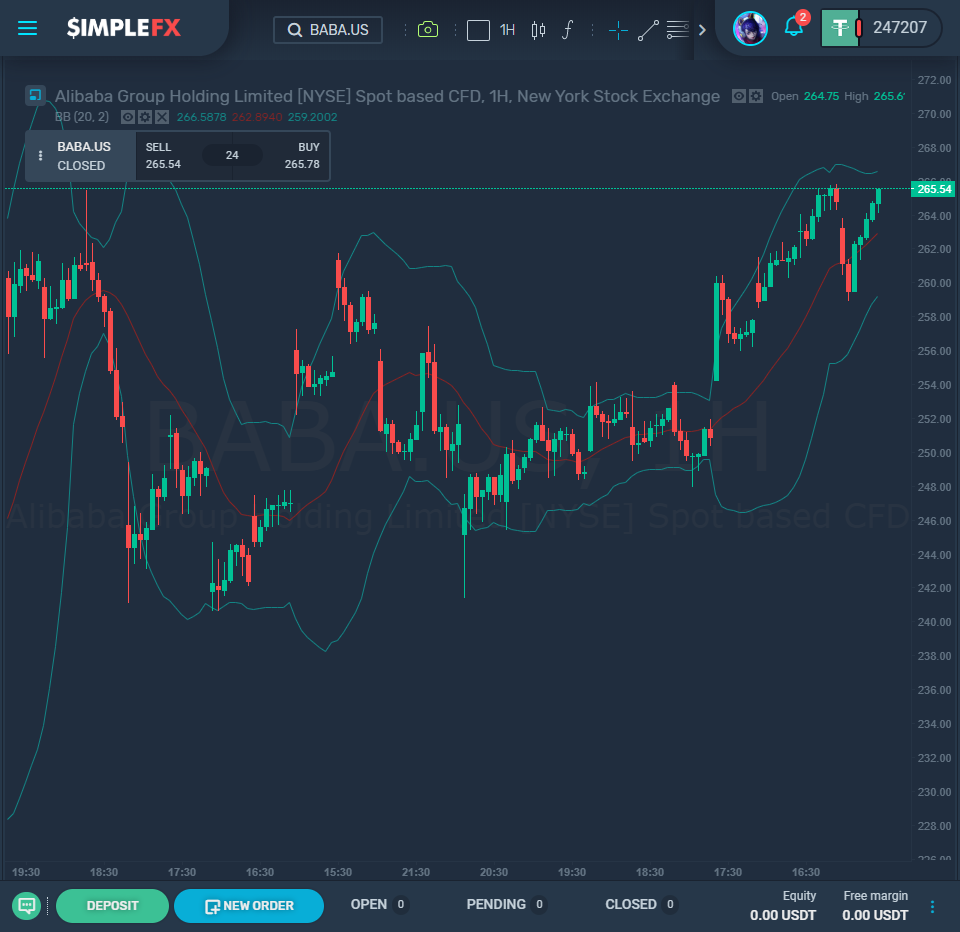 Alibaba stock has been up and down recently

The sole declaration has already shaken Asian markets. Tencent Holdings Ltd., the developer of WeChat, at some point on Friday, lost 10% but then was able to recover some of the value. Alibaba Group Holding has been on a roller coaster recently, which proved to be profitable for many SimpleFX traders.

Banning WeChat would hurt the company. Not only the service would not be available in the US, but it would also prevent Tencent from planned mergers and acquisitions. Analysts comment the White House move “shocked the market”.

The growing tensions between the two world’s superpowers are a great threat to the global economy. Investors should watch closely all news related to the agreement on tariffs between Chian and the US.

On the bright side, the Hong Kong stock exchange seems to have benefited from the escalating conflict. Chinese companies could consider moving to the third-party market in order to reduce regulatory risk.

Some analysts believe, Chian could go after Apple, and cut iPhones from the WeChat app. Similar action was taken by Beijing after Washington decided to blacklist Huawei Technologies Co. Chinese companies cut access to Google apps on their Android devices. If you are trading Apple, this could influence its price.

Watch out for the NFP data about employment in the US in July coming today. As they come in at 12:30 p.m. GMT!