You are at:Home»Analysis»Microsoft Stock on the Rise after Window to Buy TikTok Opens

President Trump hits to ban the Chinese video streaming app in the US. At the same time, Microsoft plans to buy the company. Investors welcomed such a possibility as the price of MSFT.US opened high on Monday and rose 8%. Don’t miss out on this opportunity to trade Microsoft today. Use the news to place the right order.

On Friday, President Trump announced that he was looking into banning the use of popular social media app TikTok. The app was created and is still owned by Chinese company ByteDance. There are concerns that the Chinese government could attain personal information on the millions of Americans that use the site or use the platform to target these users directly. 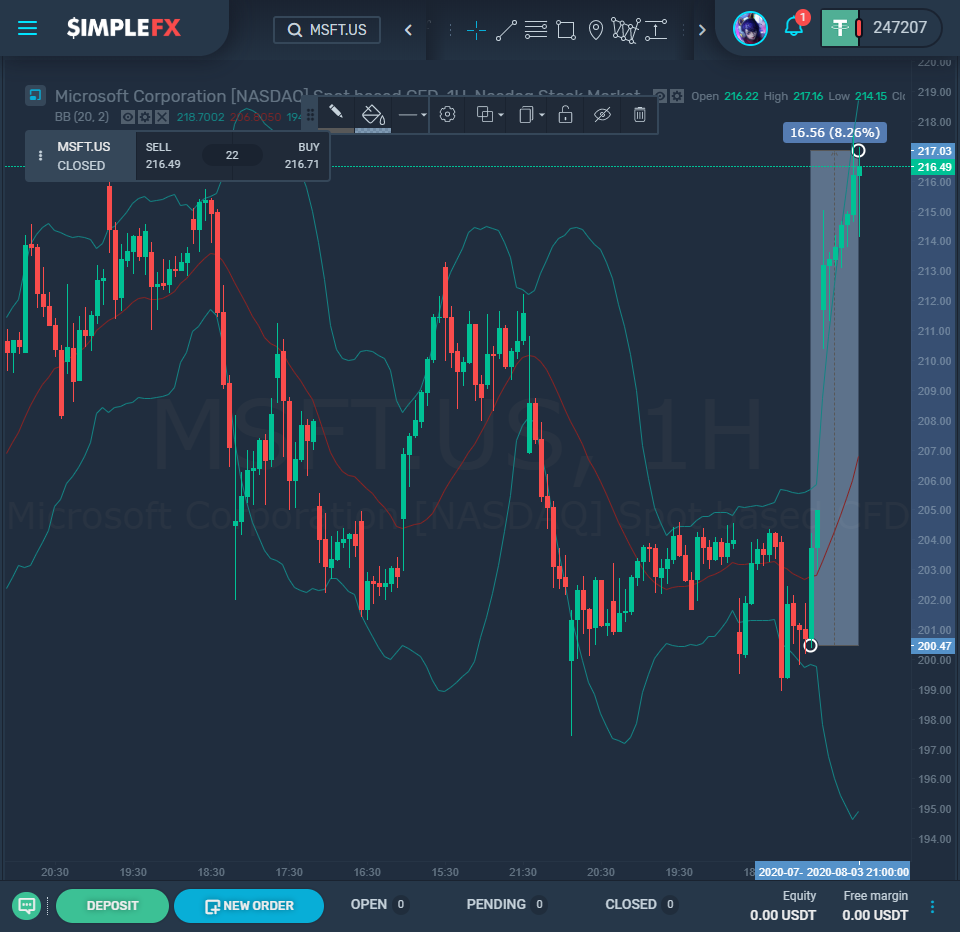 The app’s usage in countries outside of this jurisdiction would still fall under the Chinese-owned ByteDance, effectively creating a company that is run by two separate entities. This creates a unique set of logistical problems to work through, regarding sharing content across the two separately-owned platforms. All parties involved in negotiations are trying to reach a conclusion that still allows users to share and view content from around the world so that users can again experience the full app without compromising personal data.

Some European governments have also raised questions in the wake of America’s hard stance on the app. Although no European countries have banned the app based on these allegations of data misuse, there are concerns that private user information may not be adequately protected.

President Trump announced on Monday that regardless of what company bought out TikTok’s U.S. operations, the government should be able to claim a cut of the transaction for facilitating the deal. This demand is unprecedented, and it is somewhat unclear as to what grounds the U.S. government has for demanding a percentage of a sale for a company they are not invested in. In a blog post, Microsoft has stated that their acquisition of the app would “provide economic benefits to the United States,” but this is about jobs and tax revenue, not a direct transaction.

It is currently uncertain as to how exactly ByteDance intends to approach the negotiations. The company sent an internal letter to staff outlining that they are in talks with an unidentified tech company to ensure they could continue offering services to the U.S. However, the company has not yet made a public statement. Questions are arising about the long-term value of selling off such a significant stake of a growing business. Due to the nature of the sale, it is highly likely that ByteDance will be forced to accept a price much lower than TikTok’s estimated value, for fear that the app would

The topic of the sale was trending on China’s prominent social media site Weibo, where many users were critical of ByteDance’s immediate backpedaling. They compared the situation to the ire that Huawei also faced in regards to potential privacy issues between China and the United States. Huawei refused to cater to the demands of the U.S. regarding their privacy policies and has subsequently been blacklisted.