Data shows that all four companies have dominant positions in their respective markets. Some legislators and business analysts claim that their market share is significant enough to start antitrust proceedings. However, there’s a long way to achieve it. Wednesday hearing was the first step, and it did affect the stock market. 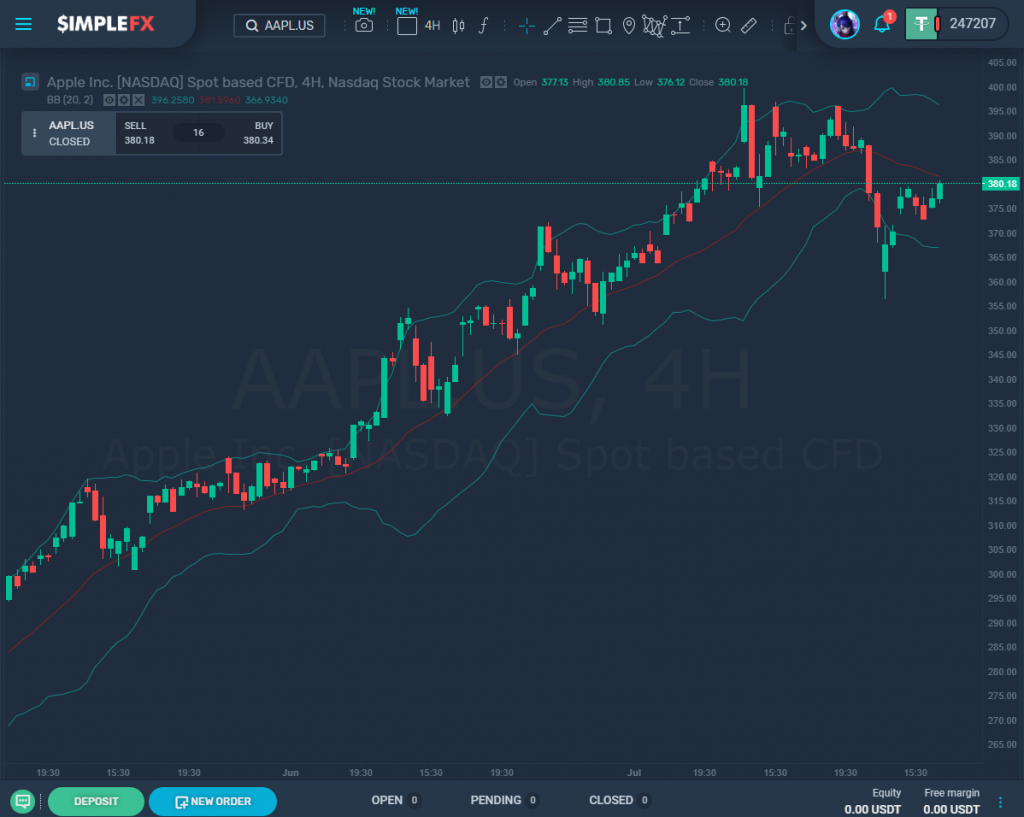 App Store and its 40% fees is the core accusation against Apple.

The CEOs of four of the biggest tech companies in the world, Facebook, Alphabet (Google), Amazon, and Apple, were questioned on a range of topics, focusing heavily on antitrust matters and perceived bias against conservative content.

The hearing goal was to determine whether or not these major corporations were using antitrust policies and business practices that would allow them to maintain and strengthen their monopolies in their respective fields. This hearing is a small part of a broader investigation that the United States Congress has been undertaking for over a year. This hearing was designed to facilitate the development of robust antitrust regulations in the tech sphere, as the current laws are somewhat lacking. 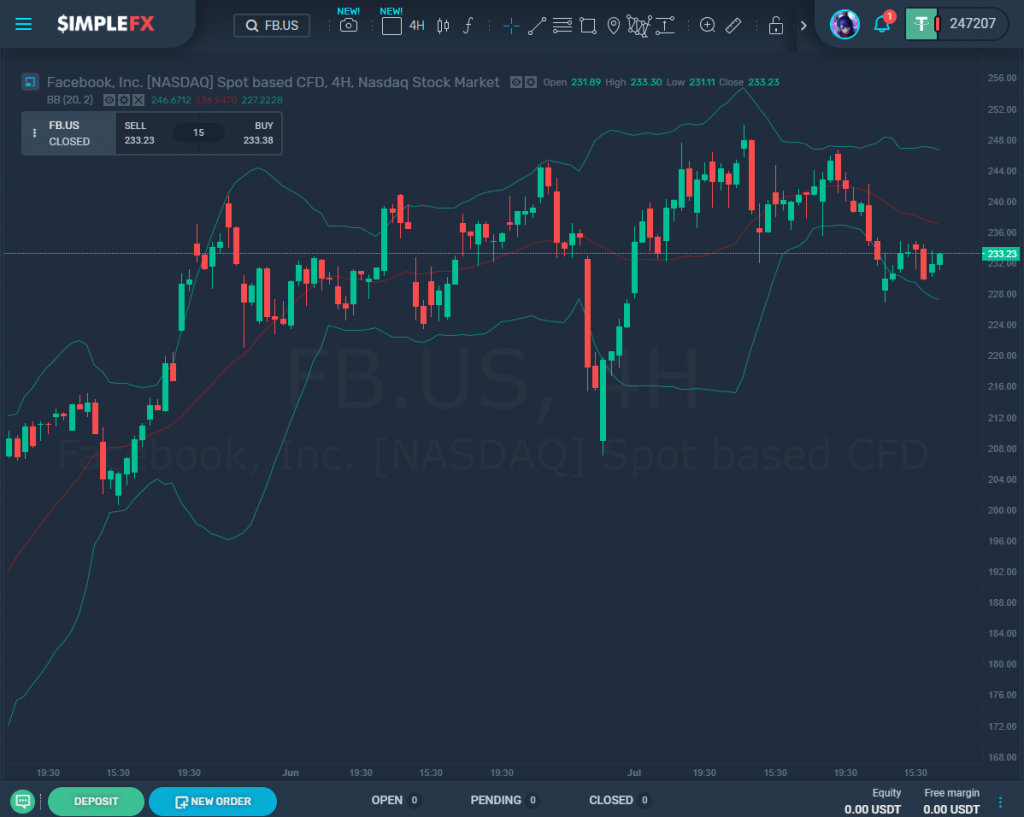 No strong trend for Facebook over the last months.

The hearing lasted for over 5 hours and ultimately yielded very few reliable results.

Mark Zuckerberg, CEO of Facebook, was questioned about his company’s acquisition of Instagram and Whatsapp, social media platforms that he considered competition. An email sent by Zuckerberg in 2014 labeled these acquisitions as a “land grab.” Representative Joe Neguse directly referred to this as the creation of a monopoly. Zuckerberg was also asked if Facebook copied its competitors to reduce the success of apps such as Snapchat. When asked how many competitors Facebook had copied, he stated: “ I don’t know.” 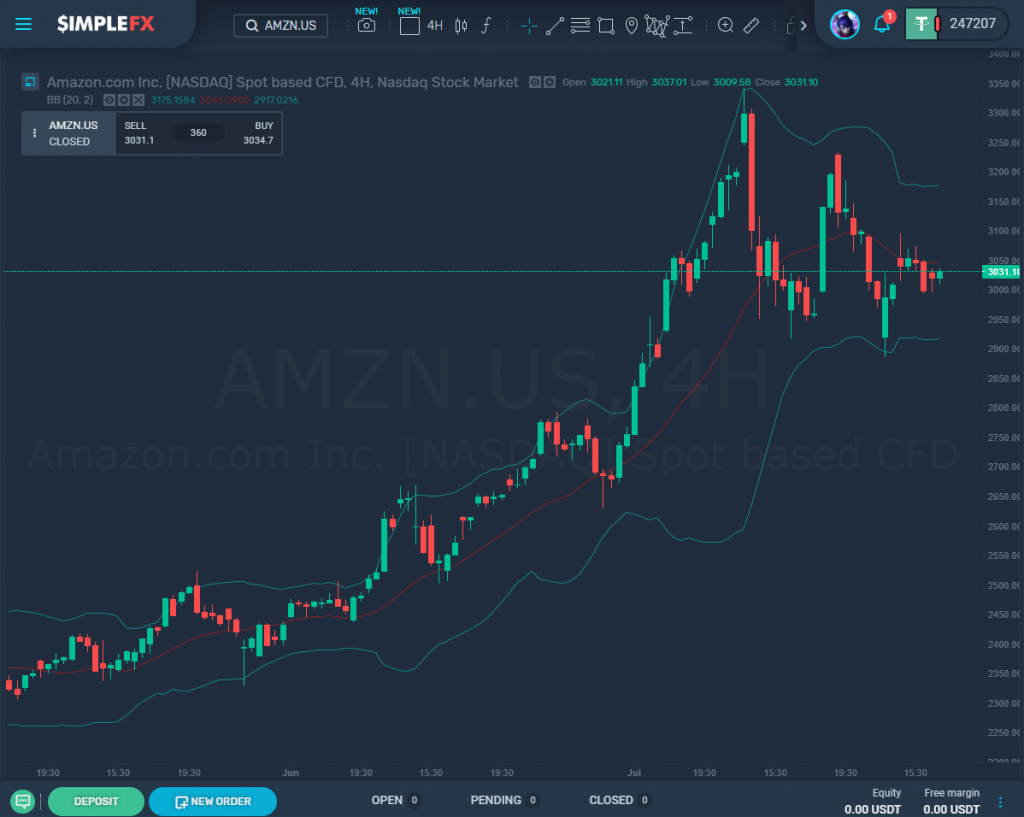 Amazon stock has been one of the brightest stars of the COVID era. However, recently you can see some turbulence. Great asset for day trading!

Zuckerberg was also asked if Facebook intentionally suppressed conservative content on its site, leading to a bias towards the left. However, Representative Jamie Raskin pointed out that some of the most popular content on the website comes from right-wing individuals like Ben Shapiro and Franklin Graham.

Jeff Bezos was asked about Amazon’s relationships with third-party sellers. One seller’s experience of being delisted from the site for apparently no reason “surprised” Bezos, who claimed that the mistake was unfortunate but not indicative of a systemic problem. Bezos was also questioned over claims that surfaced in a Wall Street Journal report that stated that Amazon was taking data analytics from third-party sellers to make products from Amazon’s brand. Bezos said that Amazon is investigating the issue. 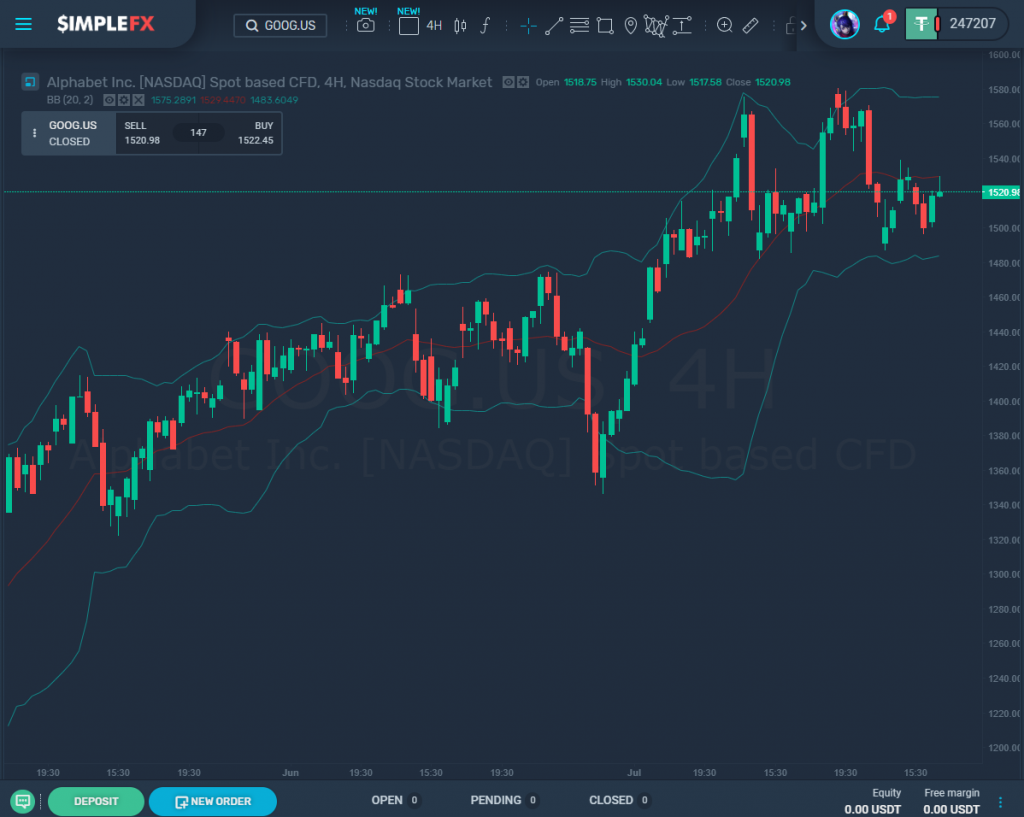 Alphabet operates in so many sectors, it’s difficult to grasp the corporation’s overall performance.

CEO of Google, Sundar Pichai, was asked if his company actively launched attacks against competing search engines such as Yelp. He was also asked if Google surveilled other websites to generate its strategies. Pichai never categorically denied the claims, but he did state that Google’s focus was to give users what they want, using methods that are frequently being adapted to suit changing needs.

Apple’s CEO, Tim Cook, received the smallest number of questions at the hearing. Questions aimed at him were generally regarding the App Store. He did promise to terminate any relationship with a supplier if it was found that they were engaging in slave labor, a statement that all of the CEOs were asked to pledge to.

Most reports admit that the hearing was relatively unfocused, with multiple topics being introduced, sometimes as the witnesses attempted to speak.

The hearing didn’t shake the stock price of any of the companies involved. However, this may change in the future. The pressure of antitrust proceedings will continue to grow, and each CEO will have a crucial role for his respective company to manage the problem.

This is yet another reason to trade Google, Amazon, Facebook, or Apple on SimpleFX.  Stay tuned!