SimpleFX introduces a new symbol “NWG.UK” as the huge banking group Royal Bank of Scotland has formally changed its name to NatWest Group. NWG.UK will replace RBS.UK on the SimpleFX platform.

The name change is part of an immense rebranding effort to shift away from destructive scandals during the last decade. In 2008, the bank nearly collapsed during the global financial crisis with the government coming to the rescue with a £45 billion bailout. NWG.UK is down by 53% this year to date and is trading at $113.

According to NatWest Group Chief Executive Alison Rose, the change is a “historic day” for the bank. Despite no changes to their customer brands, the name change will be symbolic for their colleagues and stakeholders. As part of the major overhaul, Rose intends to cut in half the impact of the bank’s financing activity on climate by 2030. The bank giant has 19 million customers in Ireland and the UK.

To trade on NatWest Group on SimpleFX, just type in the symbol NWG.UK from the search box at the upper left part of your screen. Alternatively, you can find it in the Equities UK section from the symbols panel on the left. 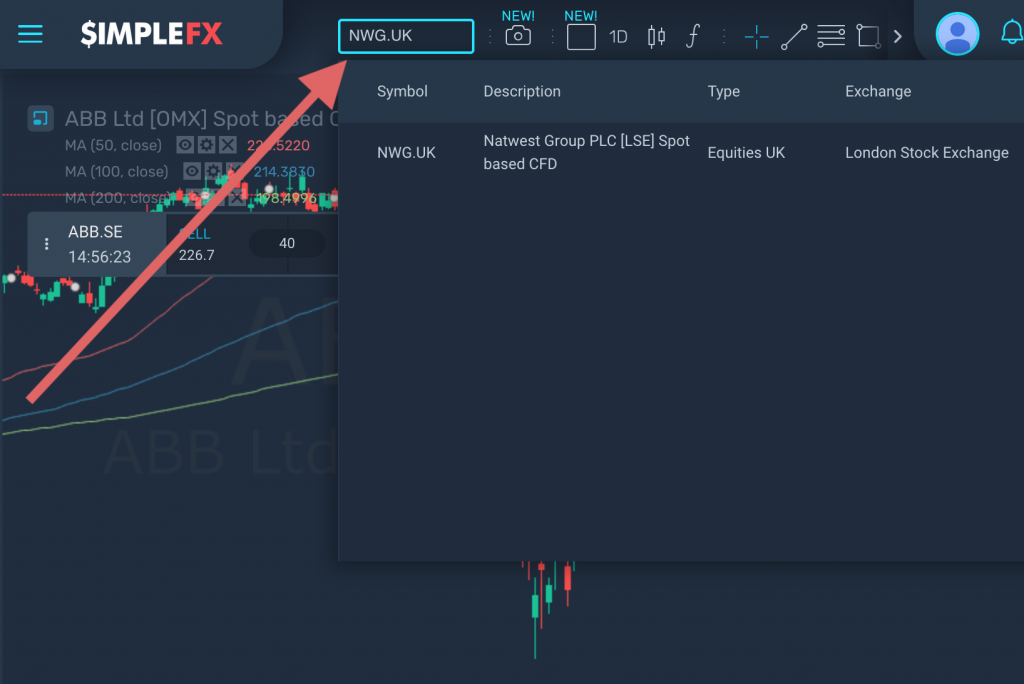 How to find NWG.UK, SimpleFX WebTrader

Gold (XAUUSD) ended the 9-day rally with a lifetime high price reaching $1967 yesterday. Growing concerns over COVID-19 in the US pushed the US dollar deep in the mud as more investors ran to gold to save what they could. Yesterday, XAUUSD gained 2.4% within the day, breaking the previous peak price at $1921 recorded in September 2011. 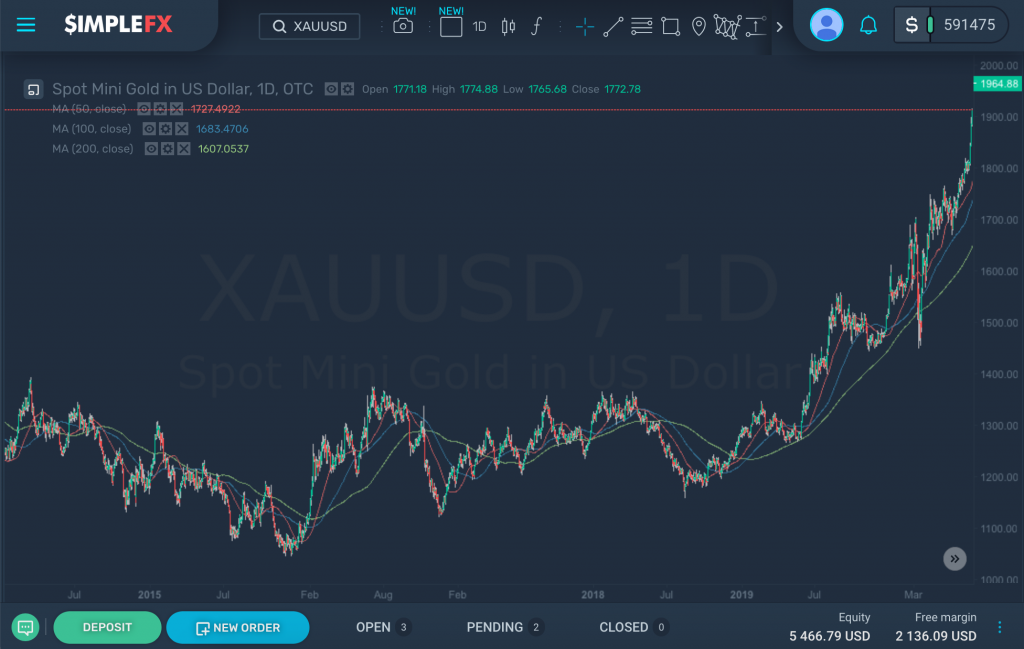 Gold is one of the best-performing assets during the pandemic. It is up by 29% to date this year and continues a positive move as the government resumes huge monetary stimulus to soften the negative economic impact of COVID-19. Some analysts say that other contributing factors to the rally are the worsening US-China trade war and the reimposing of travel restrictions from some European countries due to fears of another coronavirus wave.

Airline and travel-related stocks plummeted further yesterday due to the Spanish quarantine news. EasyJet (EZJ.UK) fell by 12.9% and Lufthansa (LHA.DE) dropped by 6.2%. 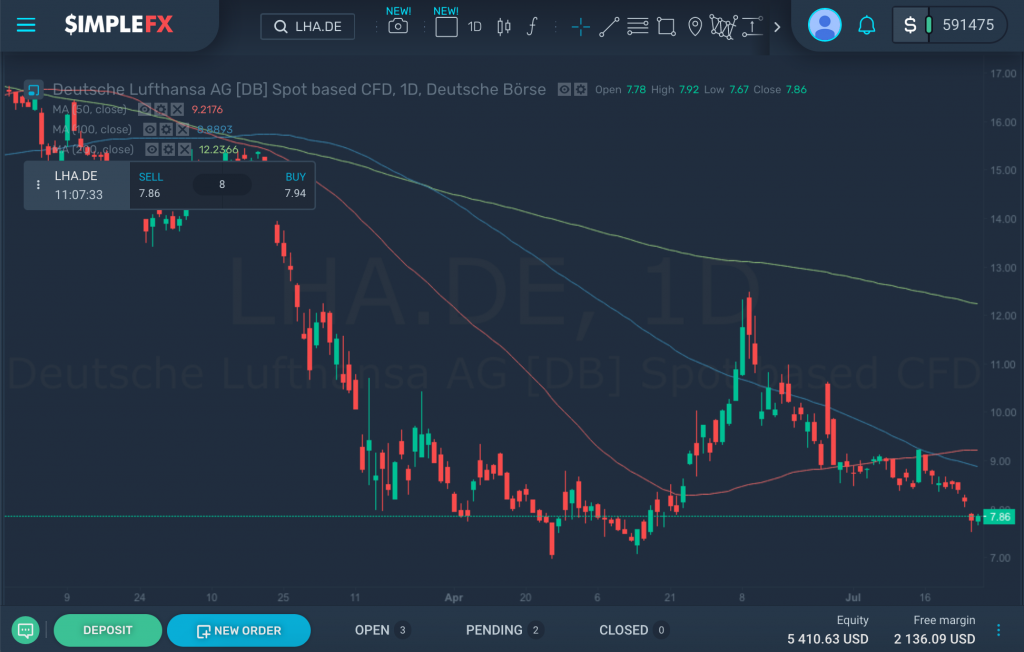 Lufthansa (LHA.DE) is down by 51.87% YTD, SimpleFX WebTrader

Investors worry about the recent rise in coronavirus cases in Europe. Countries like Luxembourg, Romania, Bulgaria, Sweden, and Spain have seen the highest number of infections in the last 14 days. In the last week, Spain observed a spike in new cases with 1000 recorded patients a day, the highest count since its economy reopened in May.

According to the Spanish government, the regional outbreaks are under control. However, the UK reintroduced the 14-day quarantine protocol for travelers to Spain, which is a major blow to Spanish tourism. Some European countries also advised not to travel to high-risk regions.

According to specialists, although the summer months are expected to be quieter, the winter months could trigger a second wave as people are more susceptible to cold and flu. However, some argue that the recent rise in COVID-19 cases may just be a continuation of the first wave.