You are at:Home»Analysis»EURUSD and GBPUSD on a Swing. Which One Will Break Out First? 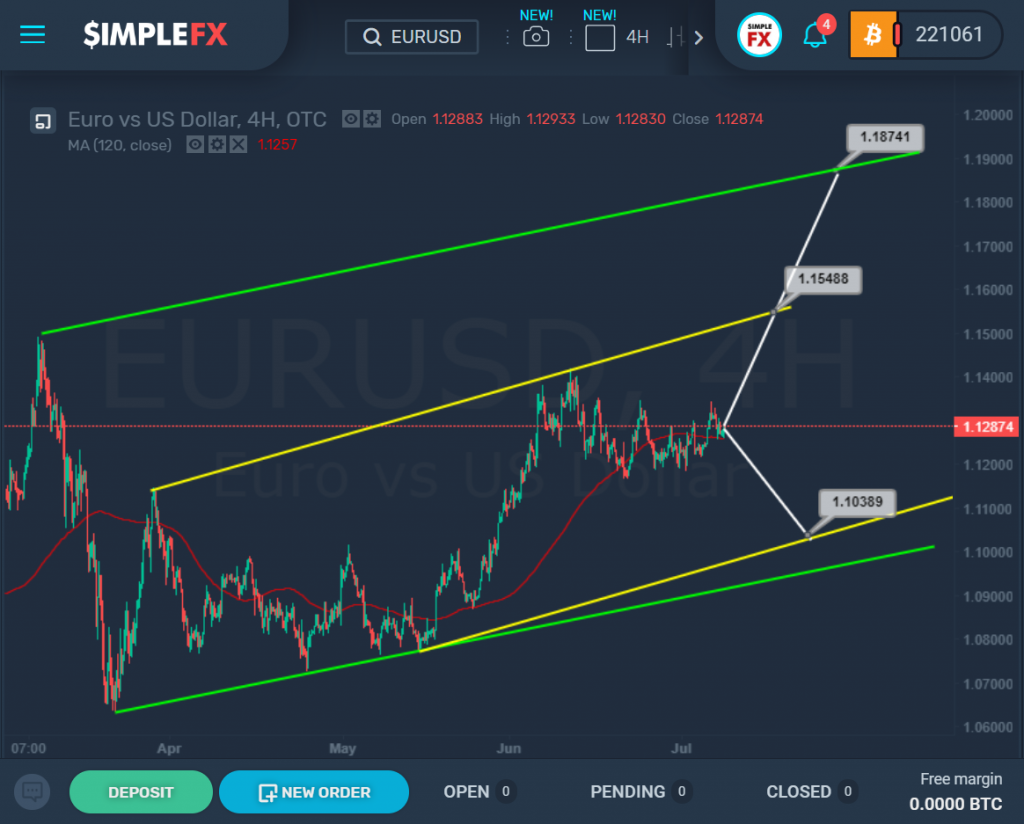 The current EURUSD structure suggests that the market is forming a small bullish trend that moves inside the yellow and green channels.

At the moment, we are seeing a flat in the upper zone of the yellow channel. Usually, a flat is a trend continuation pattern, i.e. after the flat ends, the market moves in the same direction as it did before the flat was formed. 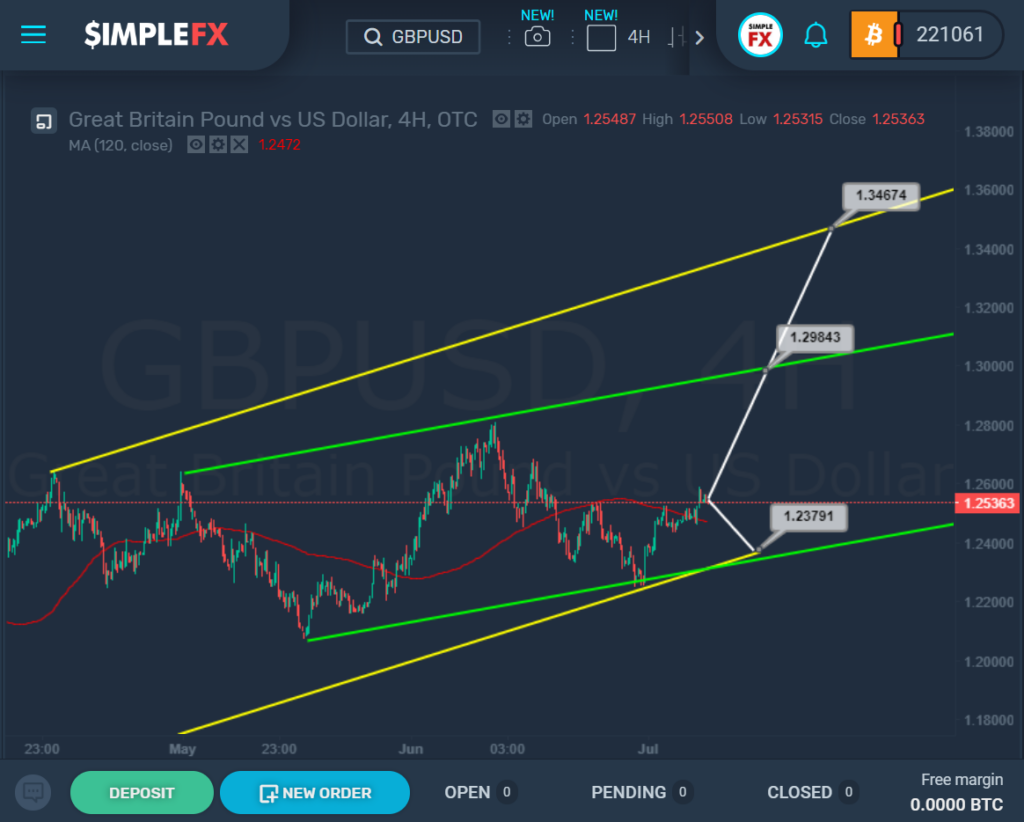 For quite a long time, we have seen the market move inside the yellow channel. The green channel describes price behavior more precisely.

Not so long ago, the market pushed off from the lower lines of the green and yellow channels, after which we saw the price rise to the central zone of the green channel.

The situation will unfold according to an alternative scenario in the case of a repeated decline in the area of the lower line of the yellow channel. The target in this case is at the level of 1.237.