You are at:Home»News»Markets Sell After IMF’s Gloomy Forecast

The International Monetary Fund (IMF) continues to revise its economic forecasts for the year, amid ongoing COVID-19 struggles. On Wednesday, the IMF released its World Economic Outlook report. The authors admitted that the coronavirus continues to have a more significant economic impact than initially predicted.

Globally, the IMF predicts that total economic losses caused by this recession will reach up to $12.5 trillion, spread across this year, and the next. Global GPD is also expected to shrink by 4.9%. They do add that this prediction is still somewhat uncertain, as there is always the potential for faster economic recovery if vaccines become available. Stronger policy action halts the spread of the virus. Conversely, these estimates may also be seen as conservative and inaccurate if new waves of COVID-19 become widespread, further restricting spending and increasing debt. A potential wave next year with the same magnitude as the first one could reduce global growth even further down to 0.5%. 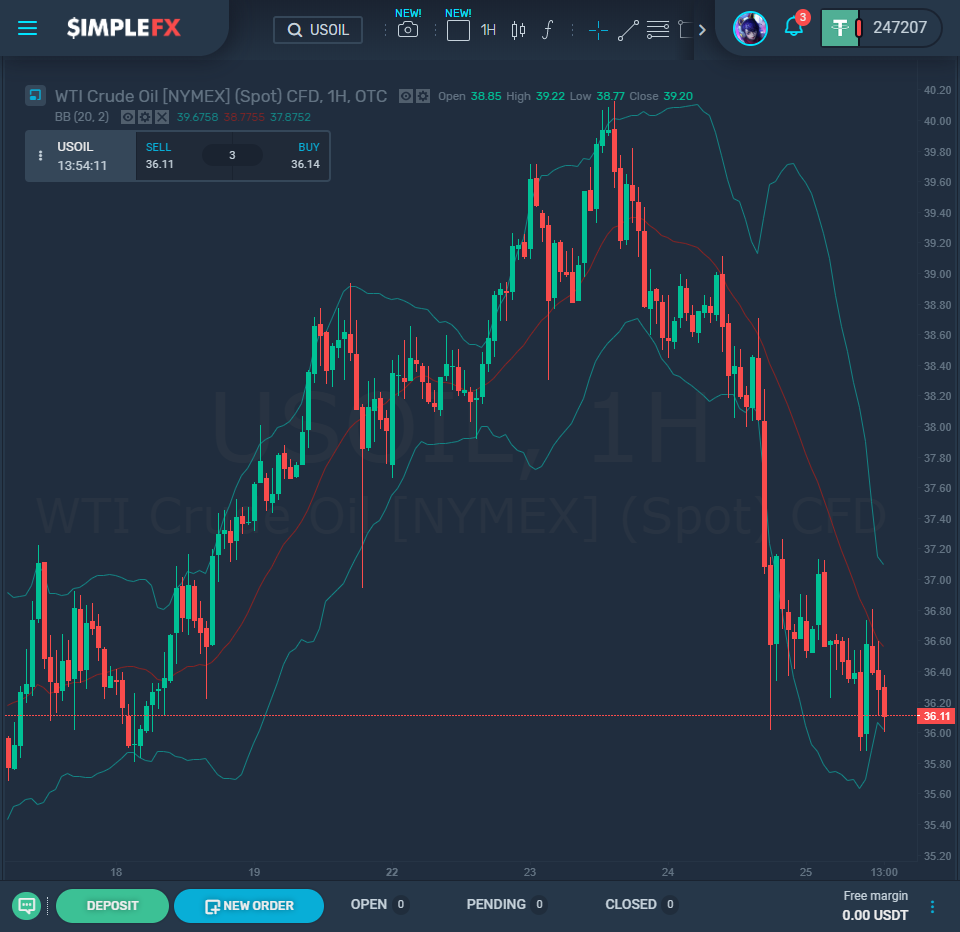 USOIL price goes down reacting to the gloomy forecast

The IMF recognizes that the economic impact of this crisis will not be felt equally around the world. According to current predictions, developed economies are now predicted to shrink around 8%, while emerging economies will only shrink by about 3%. China is expected to expand by 1%. Back in April, the IMF had predicted that the United States economy would contract by 5.9%. They have since revised this figure, indicating that it is more likely to be closer to 8% for the year. The IMF’s 2021 predictions for America’s GDP have also been reduced, from 5.8% down to 5.4%.

The IMF has drawn parallels between the severity of this economic recession and the one that affected the world in the 1930s, which saw the GPD shrink by 10%. They suggest that the only reason global economies have not been hit harder is that over $10 trillion has already been allocated in stimulus packages, preventing wider-spread bankruptcies. Although this has been working in the short-term to ease the economic situation, it could have broader implications in the long run. The IMF believes that public debt will surpass 100% of the annual GPD, a condition that may cause long-lasting effects.

The U.S. stock markets also struggled on Wednesday, the same day that the IMF’s report came out. The Dow Jones had the most significant drop of 2.72%, falling to 25,445.94 points. The S&P 500 fell by 2.59% to 3,050.33 points, and Nasdaq lost 2.19% to end the trading day at 9,909.17. This drop for Nasdaq also signaled the end of an 8-day rally and a 5-day streak for high closures, as it had been closing over $10,000 for the first time last week. The major sell-off that caused these drops in all of the stock exchanges is attributed to the significant spike in COVID-19 cases that continues to grow, resulting in fears of a second national lockdown.