You are at:Home»Analysis»Saudi Arabia Gaining Oil Market Share and Ability to Move Prices

As the COVID-19 pandemic caused mass disruption to global oil production and demand, Saudi Arabia has positioned itself to take over a more significant market share. While other countries are predicted to struggle to recover from closed oil fields, Saudi Arabia looks set to expand, with their share in the oil market once again reaching heights that were last seen in the 1980s.

On April 20, 2020, oil prices fell to below $0 for the first time. West Texas’ May futures contracts sold for -$37.63 a barrel. A severely lowered demand for oil caused this unprecedented drop during the national shutdowns caused by the coronavirus, but a continued full-scale oil production. This imbalance led to oil reserves becoming full and producers desperately needing to free up space that was currently occupied with the excess oil. Although this significant drop in prices was specifically for futures, the situation led to a decline in crude oil prices around the globe, although not as drastically. 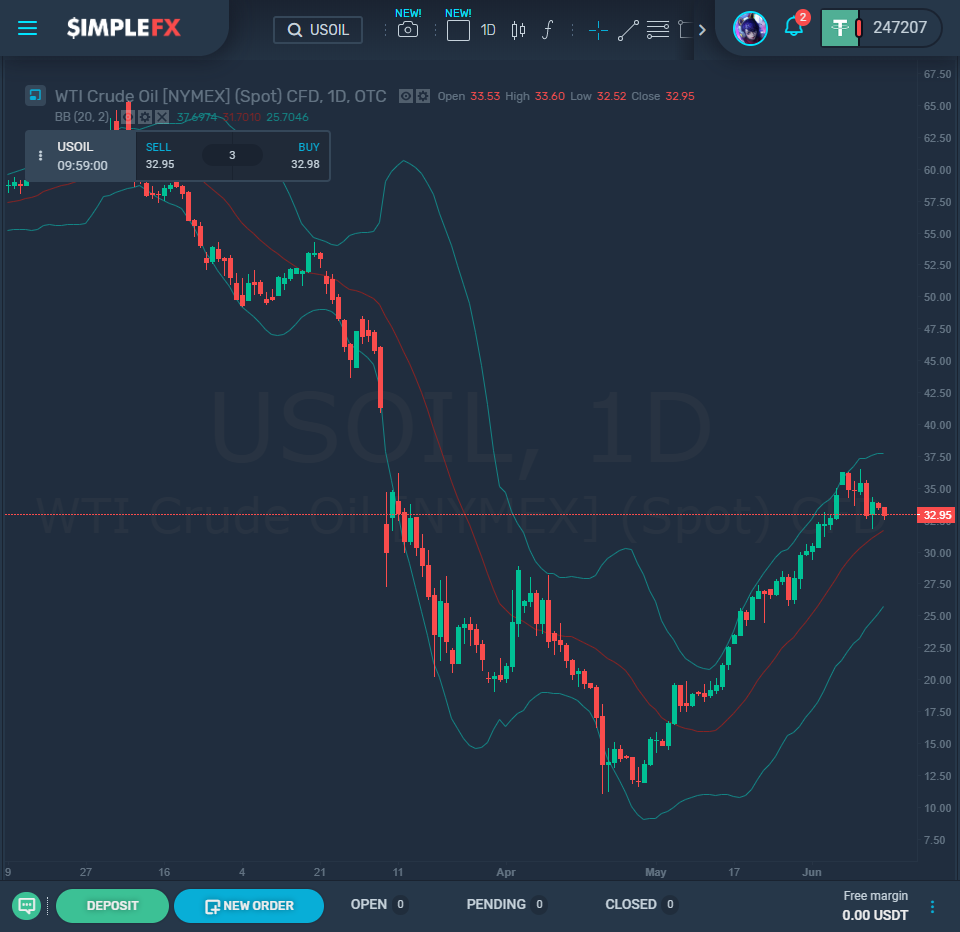 USOIL recovery has been slowed over the last days

In an attempt to mitigate further oversupply issues, OPEC (Organization of the Petroleum Exporting Countries) agreed to cut their production rates in April for an extended period, until the market was operating at full capacity again. Oil production would be reduced by 9.7 million barrels a day, which would be revised at later dates as demand slowly increased. When the agreement was first made in April, it was expected that the cuts could be lifted by June. Still, a recent revision has asked countries to continue cutting their supply by a collective reduction of 9.6 million barrels a day.

Saudi Arabia has recently announced that they refuse to continue with these ongoing supply cuts, beginning in July. This gives them a favorable market position in the short-term with a more abundant supply to offer, but it means that when demand does pick up again, they are poised to provide it immediately. Saudia Arabia offers low production costs and can grow its oil sector significantly. At the same time, other countries may need to close oil rigs down as they financially struggle permanently.

U.S. oil fell slowly on Thursday as the major stock exchanges also experienced drops, amid fears of a second wave of COVID-19 cases and further economic struggles. West Texas Intermediate fell by 8.2% to $36.64 a barrel, and Brent Crude fell by 7.7% to $38.51 a barrel. On Friday, oil prices were not drastically different, with West Texas Intermediate losing a further 8 cents, but Brent Crude gained 18 cents. The number of oil rigs currently functioning in the United States continues to fall, as an additional seven closed over the week (there are now only 199 left operating). This comes as gasoline from Saudi Arabia has entered the American market, as the country refuses to halt production, flooding the country with cheap oil. At the same time, many of their rigs remain shut.